Crude oil prices started the day on the back foot as traders responded to the movements in the dollar and last night’s supply report from the American Petroleum Institute (API) which had shown a surprise drawdown in inventories. The US currency initially rose after the ADP employment report revealed that just over 200 thousand non-farm private sector jobs were added into the economy last month which was a touch more than expected. But then a surprisingly sharp drop in the ISM non-manufacturing PMI to 55.7 from 57.8 caused the dollar bulls to rush for the exits, leading to a bounce back in some buck-denominated commodities such as crude oil and gold. The official oil supply data from the US Energy Information Administration (EIA) then hit the wires, causing WTI prices to initially jump before quickly heading back lower. Traders were initially relieved to see that crude inventories fell for the fifth time in as many weeks which contradicted the build of 1.8 million barrels that had been reported by the API. However the EIA report also revealed a couple of bearish points too. Firstly, the drawdown of 0.3 million barrels in gasoline inventories was lower than expected while the build of 3.8 million barrels in distillates were more than expected. On top of this, the EIA said crude oil production rose to 9.59 million barrels last week, up from 9.57 million in the week prior. So, overall the EIA oil report wasn’t as bullish as it initially appeared to be, hence the lack of buying interest in WTI.

Traders are now looking ahead to the OPEC meeting on Friday.  Although the cartel is not expected to make any changes in its production quota of 30 million barrels per day, there have been some suggestions that it may actually increase it to 31 million barrels per day which would therefore bring it closer to the current output levels. Such a move may unnerve the oil bulls as it would indicate that the cartel will be willing to exceed its production target in the future. Indeed, if Iran were to make a full return the oil market, and with Saudi and co unwilling to lose further market share, production levels from this group may have to increase far beyond this target. In fact, Iran’s oil minister has said that his country can rump up oil production by a further 1 million barrels per day in 6-7 months’ time if the sanctions are lifted. Thus, the oil market may remain more than sufficiently supplied for the foreseeable future and any notable increases in oil prices will have to come from changes in the demand side of the equation. As such, future economic data from the likes of China and the euro zone will become even more relevant for oil traders.

Ahead of the OPEC meeting, Brent crude is in consolidation as it hovers around the $64 mark. A bullish trend line is clearly established and if OPEC’s actions, further appreciation in the dollar or some other factor cause oil to drop below this trend then that could lead to further technical selling over time – especially if horizontal support at $61.30/40 is also taken out. In contrast, a break above the short-term bearish trend may see oil rally towards the 61.8% Fibonacci level at $66.50, the prior high at $69.60 or even the 200-day moving average at $70 in the coming days and weeks. In short, the volatility in oil could increase sharply in the coming days. Speculators may want to let price action guide them and then trade in the direction of the trend. 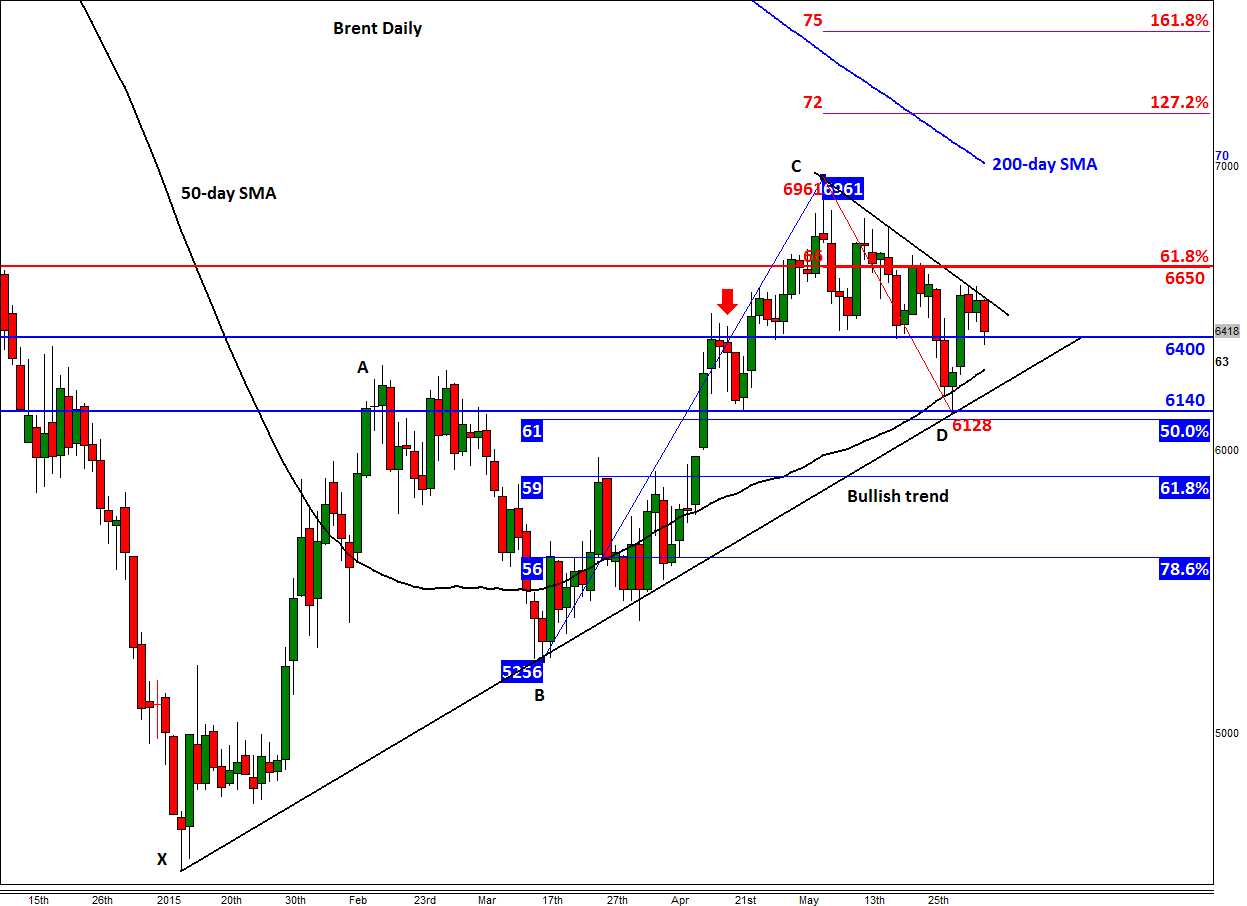 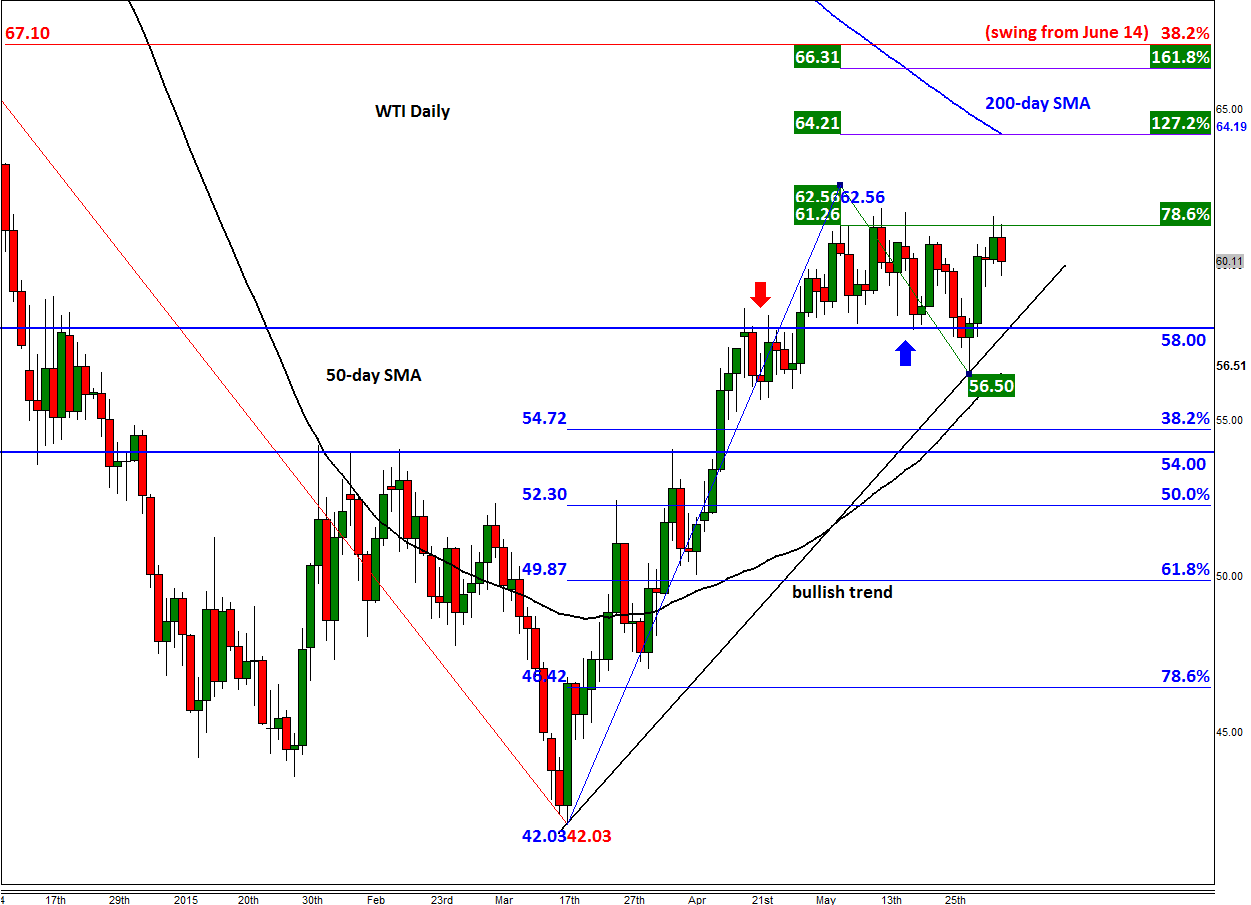