Crude oil has managed to bounce back a touch ahead of the conclusion of the OPEC meetings later this afternoon. The key decision the cartel has to make is whether to raise its official output target to around 31 million barrels of oil per day. This would bring it closer to the group's actual output levels. But in doing so, it may send out a signal that it is ready to raise output further in the future, which could lead to a sharp drop in the price of oil. So this is an unlikely outcome, in our view. Along with the general consensus, we expect the cartel to maintain the production target at 30 million barrels per day. The OPEC is also considering how to deal with an eventual increase in Iranian oil exports if sanctions over the country's nuclear programme are lifted later in the year. This would most likely increase the pressure on prices, causing more pain for oil producing nations. But on this matter, the vocal Saudi oil minister Ali al-Naimi replied to a journalist’s question by stating that oil production “is a sovereign right. They are free to do as they want.” This implies that if Iran were to increase their production, Saudi might not reduce its output to compensate for it. As a result, the oversupply issue could get worse over time. Even if they compensate for the increased production and oil prices rise as a result, it will then be likely that US shale producers would increase their output once more, which should not be too difficult. So the excessive oil surplus will likely remain in place for a long time. Thus, any notable increases in oil prices will have to come from changes in the demand side of the equation. As such, future economic data from the likes of China and the euro zone will become even more relevant for oil traders. Also, if the three major energy agencies increase their demand forecasts next week, this could provide some short term support for oil.

But the technical outlook is looking shaky for both oil contracts. Brent is currently testing its bullish trend around $61.40 area – if this level breaks down then price could drop to $60 or even $59 next. The former is a psychological level while the latter marks the 61.8% Fibonacci level of the last notable up move. In contrast, if Brent holds above this $61.40 support area then it may make a move back towards resistance at $64.00. A short term bearish trend then comes in around $65 which must be broken for oil to potentially rally towards the 200-day moving average at $70 in the coming days and weeks. WTI meanwhile has broken its bullish trend but so far there hasn’t been much follow-through in the selling pressure as speculators await the OPEC decision and also the US jobs report which could impact oil prices vis-à-vis the dollar. If WTI ends decisively below $58 today then this could pave the way for an eventual drop to the key $54 handle soon. 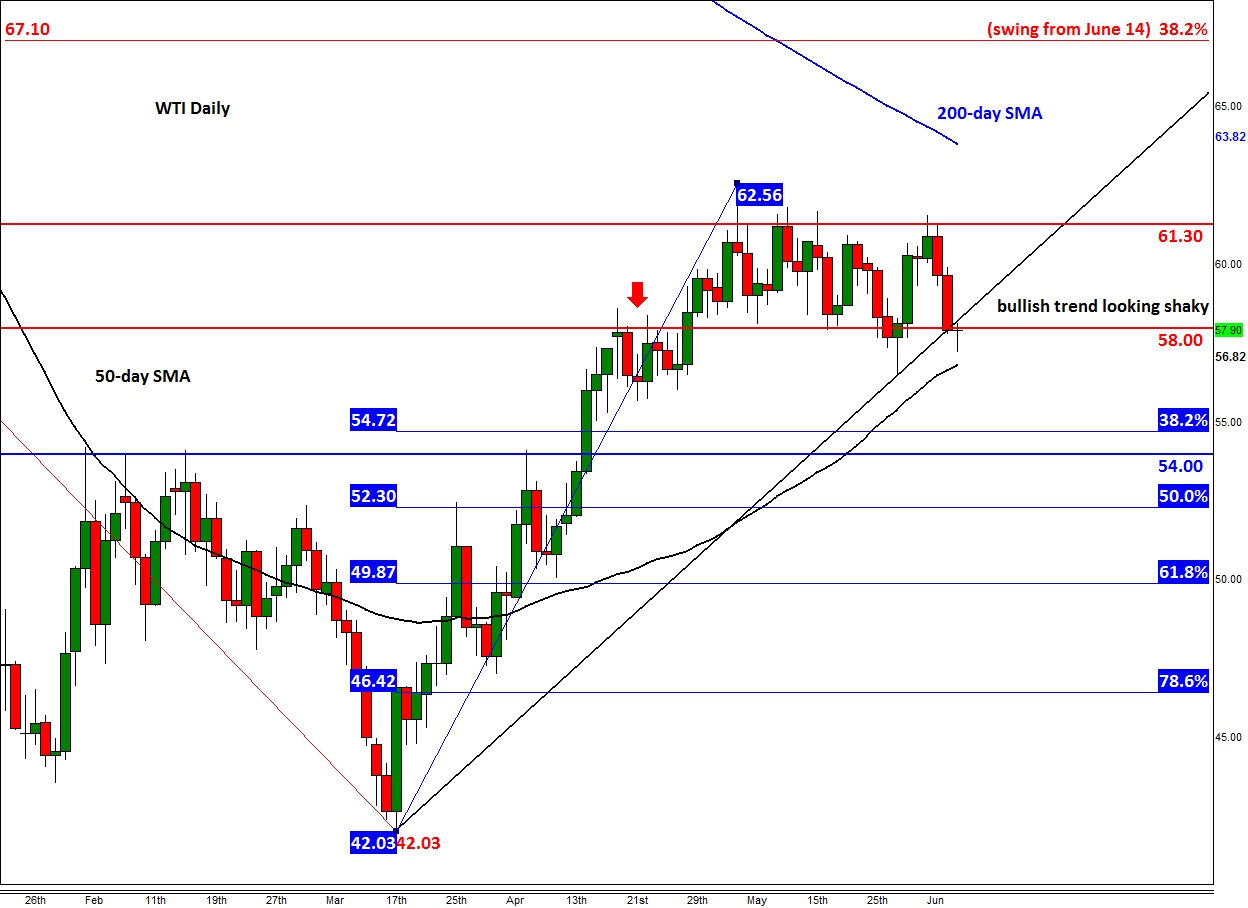 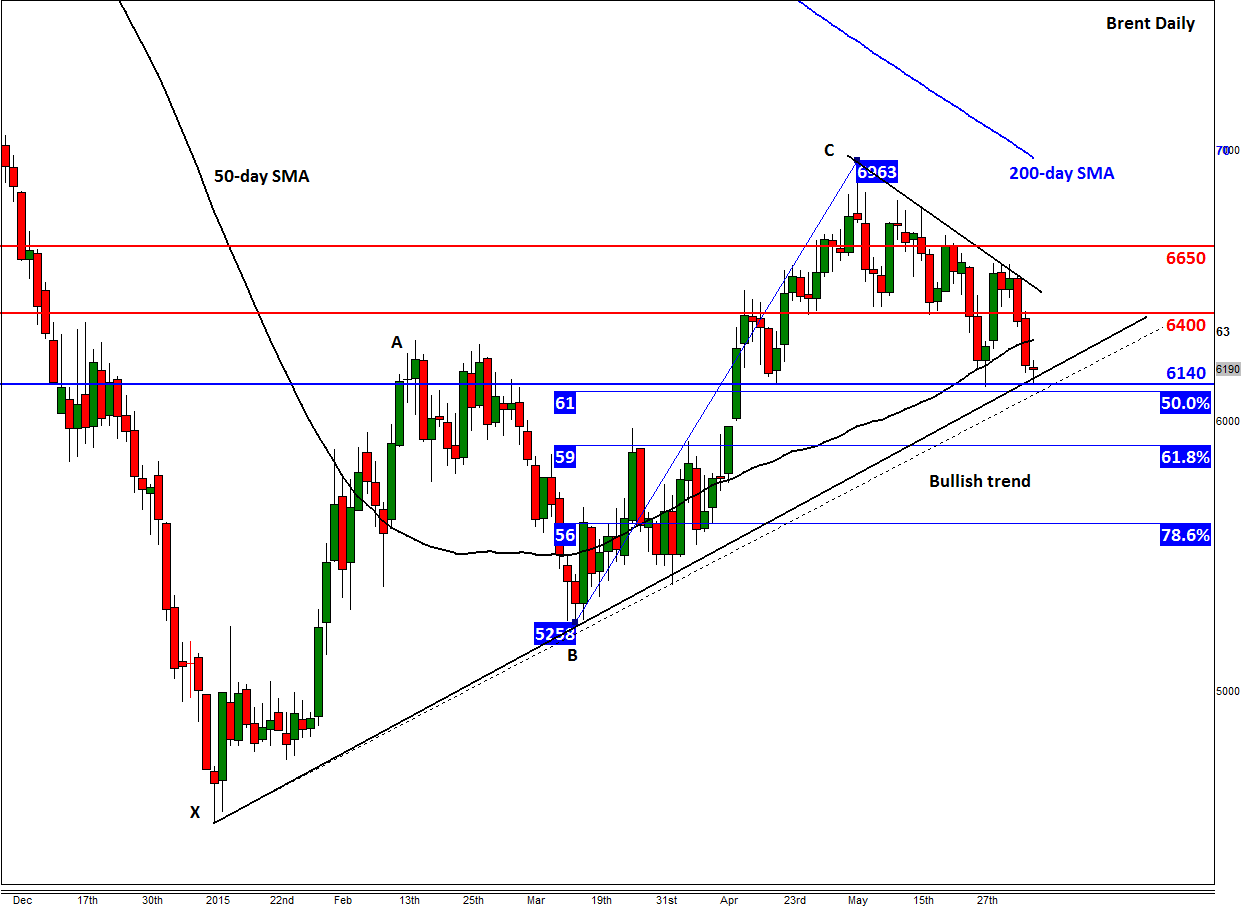