The Canadian dollar has been one of the major beneficiaries of the rallying price of oil today. Crude has surged higher on anticipation of higher demand forecasts from the leading oil agencies this week. Bearish speculators are probably also taking some profit on their oil positions, which is adding additional buying pressure on Brent and WTI.

Though the USD/CAD tends to be the obvious choice for those who prefer to take a view on crude prices vis-à-vis the Canadian dollar, the CAD crosses can sometimes offer better opportunities – especially when the near term direction of the US dollar is unclear, such as now.  The CAD/JPY could be a good place to start.

As can be seen on the chart, the CAD/JPY broke decisively above the psychological 100.00 handle at the end of last week, before profit-taking around the 61.8% Fibonacci level at 100.85 saw the pair give back some 85 pips over the next 1.5 trading days. But the broken resistance level of 100.00 has now turned into support. Consequently, the pair has now rallied all the way back to 100.85 where it was trading at the time of this writing.

The bulls are now looking for a potential closing break above the Fibonacci level for confirmation of the breakout. If seen, price may then easily extend its gains towards the upper trend of the bullish channel around 103.00. The 78.6% Fibonacci level, at 103.30, could be the next major bullish target followed by the December high at 106.50. Thanks to the rally, the momentum indicator MACD has now crossed above the signal line to create a bullish crossover, while the 50-day average looks poised to overtake the 200-day SMA to form what is known as a “golden cross.”

So, the technical picture on the CAD/JPY looks rather bullish as things stand. This view would be invalidated however upon a closing break back below the 1000 handle. Until/unless that happens, the path of least resistance is now clearly to the upside. 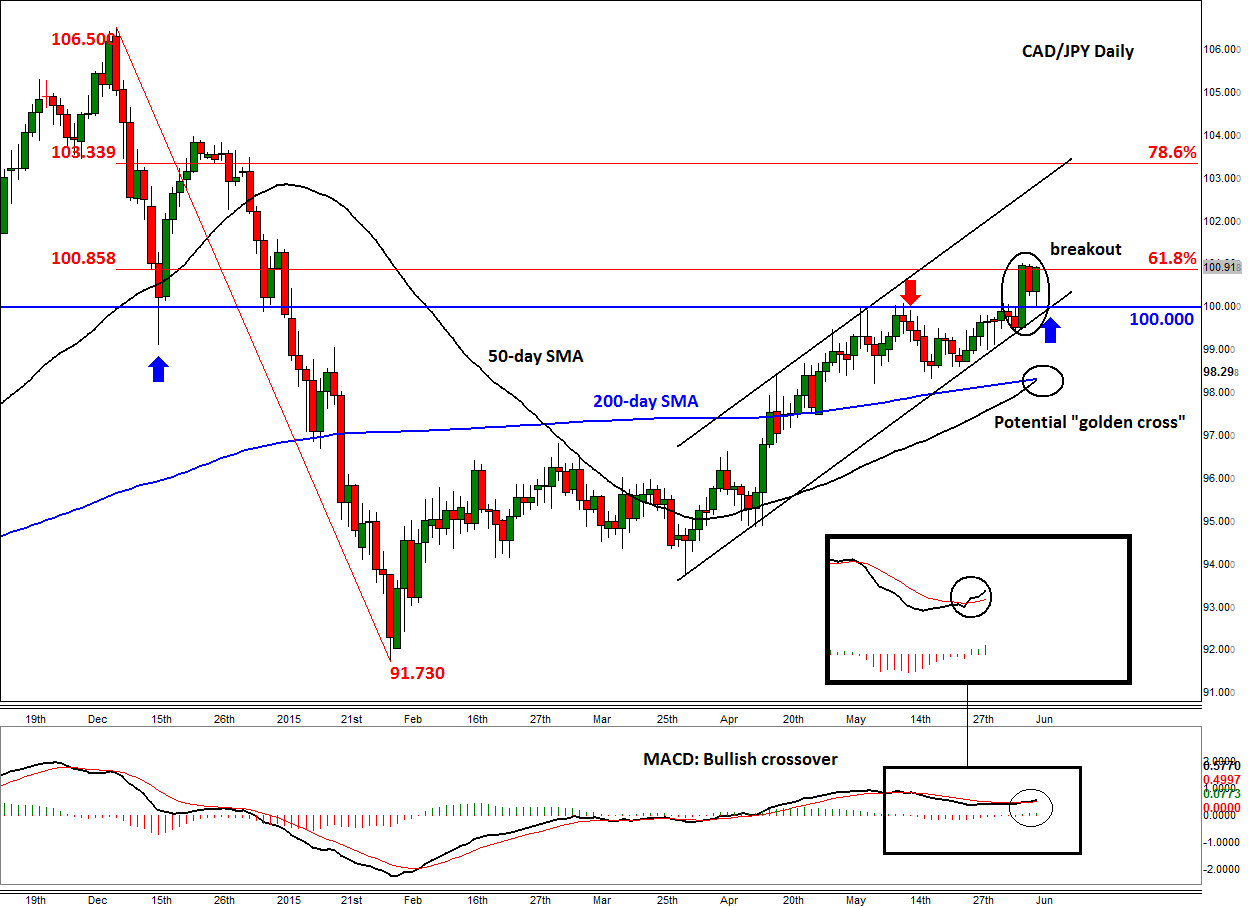