GBP/USD testing key resistance ahead of US data

The GBP/USD is up for a third consecutive session, extending its gains from the base of 1.5170 formed on June 1. The upsurge has been primarily driven by a weaker US dollar rather than a stronger pound, with the dollar index now down for a third straight day. But the pound has also gained some ground on the back of some mixed bag UK economic data of late. Today’s numbers showed manufacturing production unexpectedly fell 0.4% in April, wiping out the March increase, while industrial production was up 0.4% over the month when an increase of only 0.1% was expected.

But the Cable’s rally is now looking a little bit over-stretched and a pullback of some sort may be on the cards, especially as we will have some important data from the US to look forward to over the next couple of days: retail sales on Thursday and PPI and consumer sentiment on Friday. If these numbers surprise to the upside then the dollar may regain its poise once more as it will increase the likelihood for a September rate hike from the Fed. But if the dollar slump continues then the pound is among a handful of currencies which could benefit the most due to a strong economy.

Conservative traders may wish to wait for price to break through one of the abovementioned ranges before deciding on direction. If the 1.5440-55 support region gives way then price may pull back to the 50 or 61.8 per cent retracement level of the up move from 1.5170 (not drawn on the chart); the 50-day moving average at 1.5235 or even the prior support around 1.5200. Alternatively, a break above the 1.5550-1.5570 region could see price rally towards the May high of 1.5815 before deciding on its subsequent move.

Overall, the GBP/USD remains inside a large consolidation pattern with the bias leaning slightly towards the bullish picture. After all, it has already formed a few higher lows and a higher high, too. What’s more, the 50-day moving average is pointing higher and price is currently holding above it. 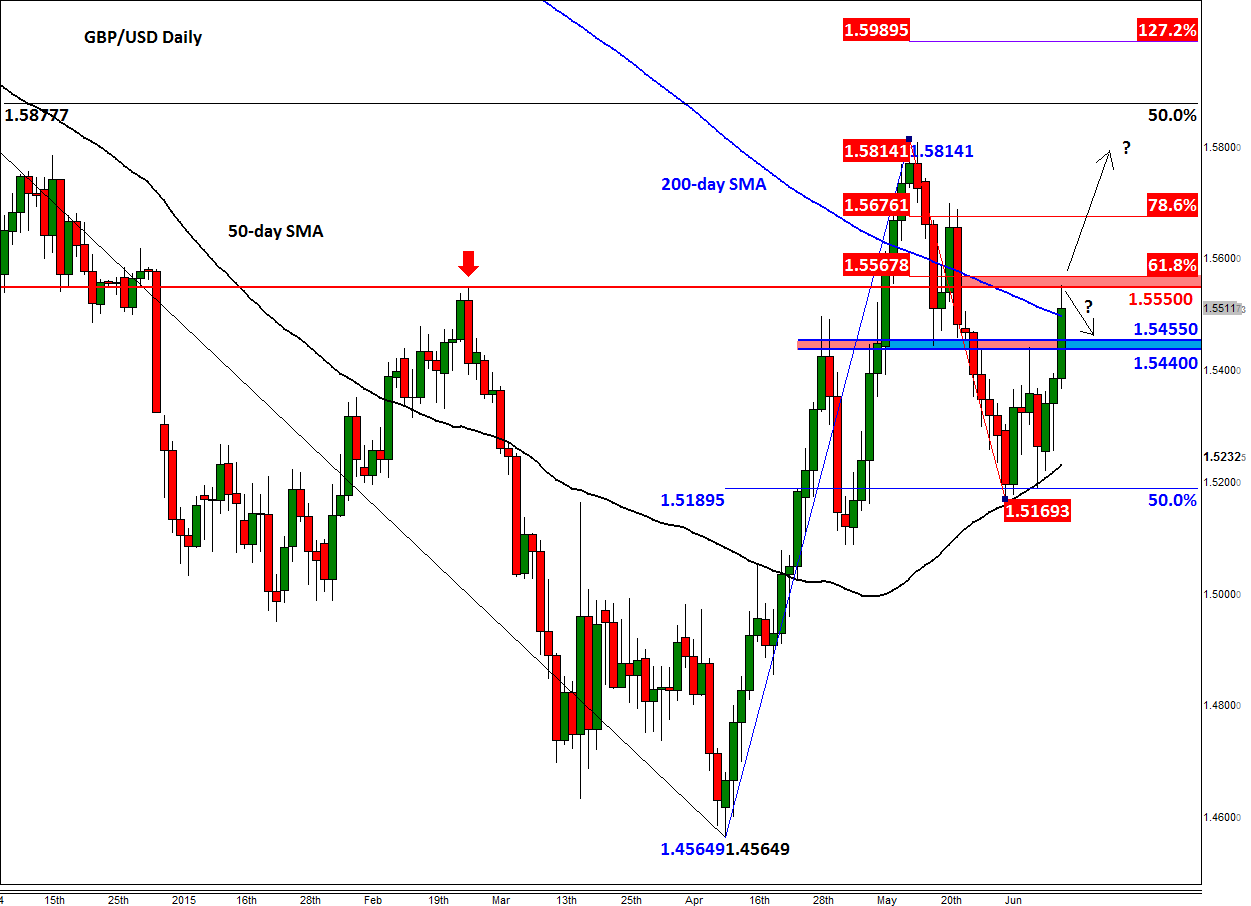