RBA preview: no change as concerns about China and Greece sink AUD

The Reserve Bank of Australia (RBA) is expected to keep its power dry at its monetary policy meeting on Tuesday. Since cutting the cash rate in may the RBA maintained an implicit easing bias at its policy meeting in June, while its board members expressed an explicit easing bias at other times. It’s clear the bank remains in wait-and-see mode with its figure on the policy-trigger, but it’s not ready to shoot yet.

The impact of prior easing still hasn’t had time to find its way into the economy, economic data since the bank last meet has broadly been encouraging and the Australian dollar has readjusted to a more comfortable level for the RBA, reducing the motivation of the bank to loosen policy further in the short-term. Australia’s economy grew 0.9% in Q1, accelerating from 0.5% in Q4 2015 and beating an expected 0.7% expansion. The economy’s year-on-year pace slowed to 2.3% from a revised 2.4% in the prior quarter, but this was still better than the market was expecting.

However, the RBA is still clearly concerned about the potential for a slowdown in growth in coming quarters, largely because non-resources parts of the economy are failing to pick up the slack being left behind by diminishing mining investment. This is highlighted by a lack of activity at the ground level in Australia; retail sales increased a measly 0.3% m/m in May, after falling a revised 0.1% in April.

Without an increase in consumer spending, corporates are likely to remain cautious. A lower exchange rate should theoretically encourage consumers to spend more and save less – this is monetary policy 101. However, an increase in activity at the ground level is unlikely without a jump in consumer confidence, which is constrained by negative investor sentiment and a soft labour market; it’s a vicious circle and the RBA doesn’t want to waste its ammunition, especially when the Australian dollar is falling without its help.

The AUD has been a point of concern for the RBA ever since it began refusing to fall alongside key commodity prices. Yet, it has been stifled by negative investor sentiment stemming from Europe and China. Greece voted no to Austerity and China’s stock markets are struggling despite Beijing’s best efforts, making it a precarious time to own hazards assets, like AUD, despite its prior attractiveness to yield seekers. In fact, AUDUSD has been sent to a new five-year low due to the increased threat of a Grexit and the failure of Beijing to control its stock markets.

The definite and loud ‘no’ from Greece means one of two things; either its international creditors fold or Greece goes bankrupt. It’s too early to tell exactly what is going to happen, but it seems more likely that Greece will break away from the eurozone after the No camp won over 60% of the vote. Even if it doesn’t, this venture into uncharted territory is likely going to result in volatile markets in the near-term.

Another wild day for Chinese equities

In China, Beijing froze new share listings and setup a fund to stabilise markets, after already significantly loosening monetary policy in response to the turmoil in China’s stock markets. However, it doesn’t appear to be working; the Shenzhen Composite opened around 7% higher, but it’s approximately 3% in the red at the time of writing. This is a huge intra-day move, even for China’s highly leveraged, highly volatile tech-heavy markets. It seems that the systemic risk in Chinese stock markets isn’t going away whilst global investor sentiment remains sour.

The recent moves in the Australian dollar, combined with strong GDP numbers and the RBA’s already accommodative monetary policy stance make it unlikely that the bank will loosen monetary policy further this time around, despite the risk of market turmoil stemming from overseas. The RBA will likely state that it is keeping a close eye on events in Europe and China, while maintaining its view that the exchange should remain depressed. It may also take the opportunity to further weaken the exchange rate by introducing an explicit easing bias, something which it hasn’t done at an official policy meeting lately. 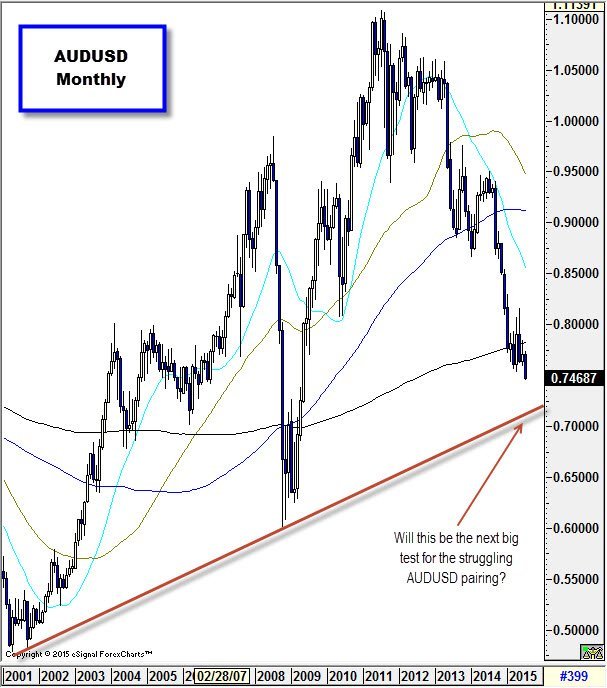