Oil prices have been very volatile this week following their technical breakdown at the start of this month. Though prices have bounced back strongly, mirroring similar moves in the Chinese and European equity markets, they remain vulnerable nonetheless. After all, the supply surplus is here to stay and it could get worse in the event of Iran’s full return to the market which could add an additional 1 million barrels of oil per day within six months. Admittedly, with Iran’s nuclear deal deadline being extended a couple of times, another important deadline has now passed – this one being in the US.  President Barack Obama was meant to submit Iran’s nuclear agreement to the Congress for review by now. But obviously as this has not happened, the Congress could now take up to 60 days to review the accord, assuming a deal will be reached in the first place. Thus, the time at which Iran’s additional supply hits the oil market could still be months away. That being said, the effect of the delay would only be temporary. Indeed, according to the world's leading energy forecaster, the International Energy Administration (IEA), the "bottom of the market may still be ahead" as the world remains “massively oversupplied.”

Next week could see the market’s focus turn to the demand outlook for oil as there will be plenty of global macroeconomic data to ponder upon. Of particular interest will be the Chinese numbers on Monday and Wednesday, which include trade figures, industrial production and GDP. If these numbers point to further weakness for the world’s second largest economy and oil consumer then crude prices could fall sharply. Thus, we could be in for another wild ride next week.

The key technical levels for oil are clearly established. On WTI, the $54.00 handle will be important to watch (should we get there) for this was previously a strong resistance level and we are now trading back below it once again. Should the oil bulls manage to reclaim this handle then there is nothing much until $55.00/15; here the 100-day SMA meets the 38.2% Fibonacci retracement level of the most recent downswing. Thereafter is the point of the origin of the breakout at $56.50 which incidentally also corresponds with the 50% retracement level. As before, the key support is at around $50. As well as a psychologically-important point, this level marks the 61.8% Fibonacci retracement of the upswing from the March low. But given the manner in which oil has sold off (i.e. viciously), we wouldn’t be surprised if WTI goes on to even revisit the March low at $42.00 at some point down the line.

For Brent, the key resistance levels to watch are at $60 and then at $61.30. The latter corresponds with the point of origin of the breakout. The key support area is between $54.50 and $55 (the area shaded in blue on the chart). This is where the psychological $55 level meets the 61.8% Fibonacci retracement of the upswing from March. If decisively broken, the next stop for Brent could be at $50.00. 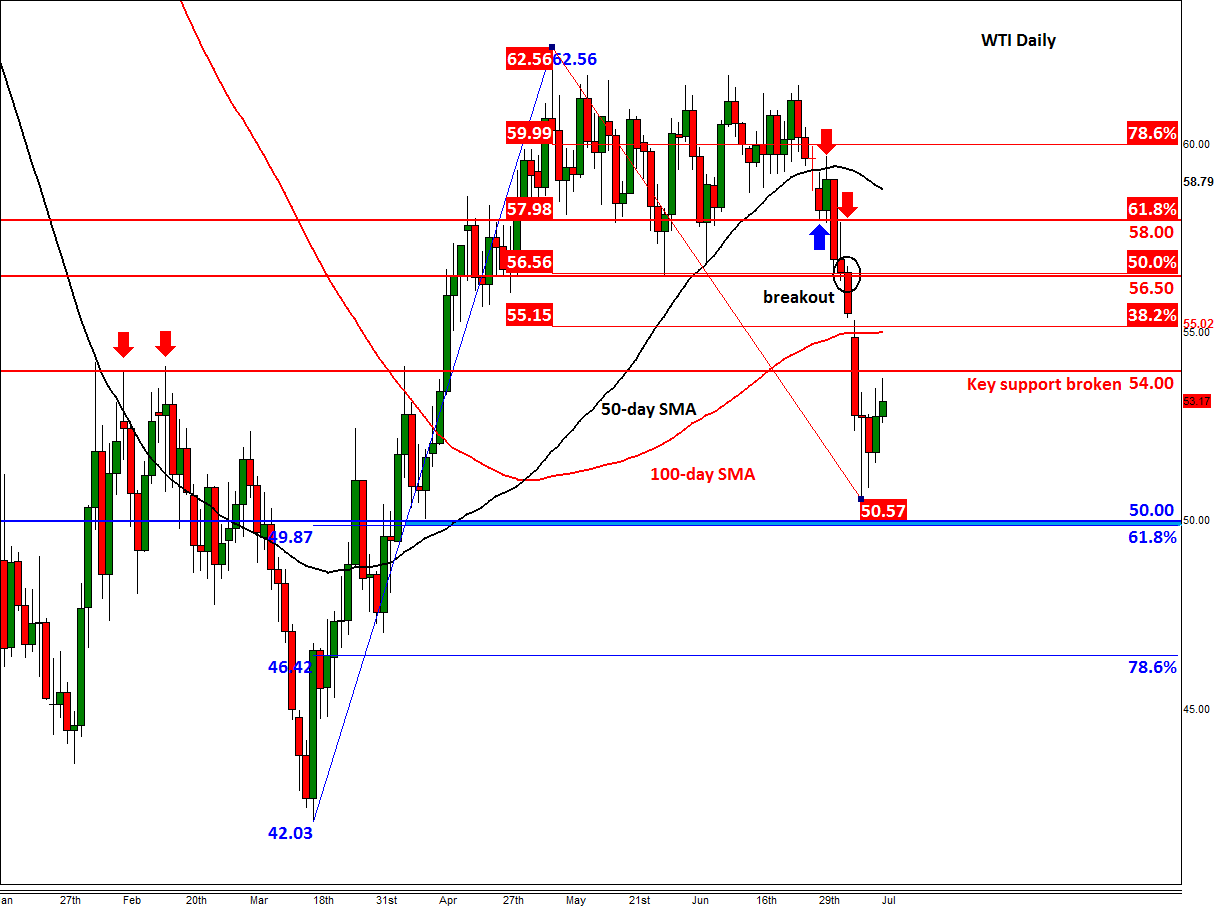 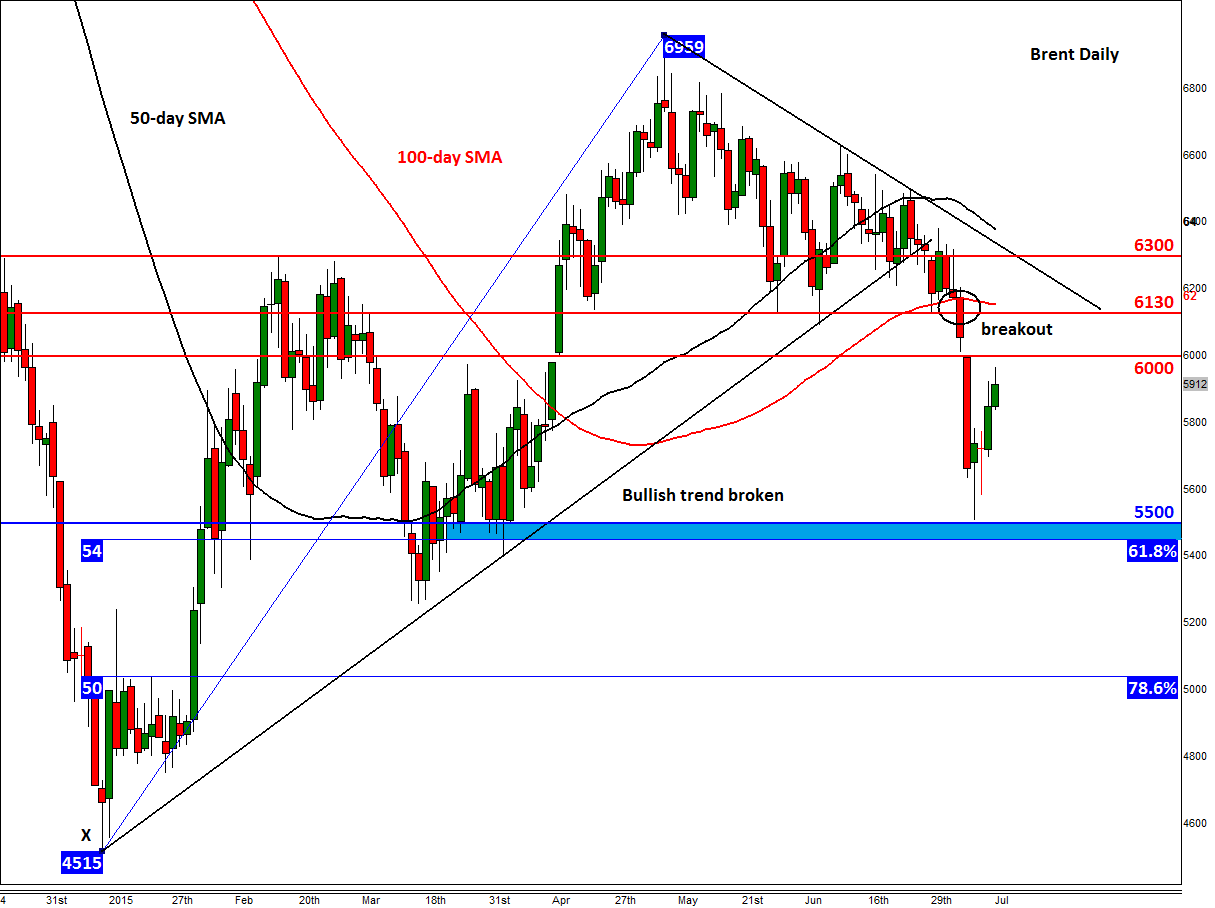