Commodities have been in the receiving end of the bear blitz in recent weeks.  Traders have been worried about the impact of the appreciating US dollar and falling confidence in China, with the world’s second largest economy being a major consumer of gold, oil and Iron ore among other basic materials. Unless you've been living under a rock, you would know about the huge $45 drop in the value of gold in overnight trading in China. The vicious drop was apparently sparked by large sell volumes on the gold exchange in Shanghai. While the extent of the sell-off has surprised even us, we nevertheless had been warning about a move of this magnitude for several weeks, most notably on Wednesday of last week (see “Gold on the brink as Yellen talks up 2015 rate hike prospects” for more). After bouncing off its lows, the yellow precious metal has spent most of the European session in consolidation as traders decide on their next move, but it essentially remains on a shaky footing. Other precious metals such as platinum and silver were also hammered overnight, although the latter managed to momentarily recoup all of its losses as traders took profit.

In contrast, crude oil has been relatively calm at the start of this week. Brent is currently trading around $56.60 and WTI $50.70. In other words, both oil contracts are near their lows from last week. On Friday, WTI managed to bounce back a tad after the US oil rig count decreased by 7 to 638 in the week prior. Clearly, the sharp price falls in recent weeks has once again discouraged shale producers to drill for oil in the US. Nevertheless, the drop in the rig count has only managed to provide WTI some temporary respite. The US oil contract is again lower today. In addition to the impact of the appreciating US dollar and falling confidence in China, investors are also concerned about the additional supply from Iran that may soon flood the already-saturated oil market.

Technically-minded market participants may have noticed that WTI’s attempts to recover at various stages last week proved futile, with price failing to even test, let alone, break $54.00, which was previously a strong resistance level. The lack of any noticeable buying interest following the huge price slide from earlier in the month suggests that the bears are in full control and that the selling may have further momentum left behind it. As before, the key support level to watch now is at around $50. As well as a psychologically-important point, this level marks the 61.8% Fibonacci retracement of the upswing from the March low. But given the manner in which oil has sold off (i.e. aggressively), we wouldn’t be surprised if WTI not only breaks below here but eventually goes on to even revisit the March low at $42.00 at some point down the line.

As things stand therefore, the path of least resistance is clearly to the downside and we could see a vicious sell-off in oil over the coming days. But should the oil bulls manage to defend the $50 handle successfully then we may after all witness some price recovery. Even so, the bulls would do very well to get past $54.00 resistance, let alone $56.50. 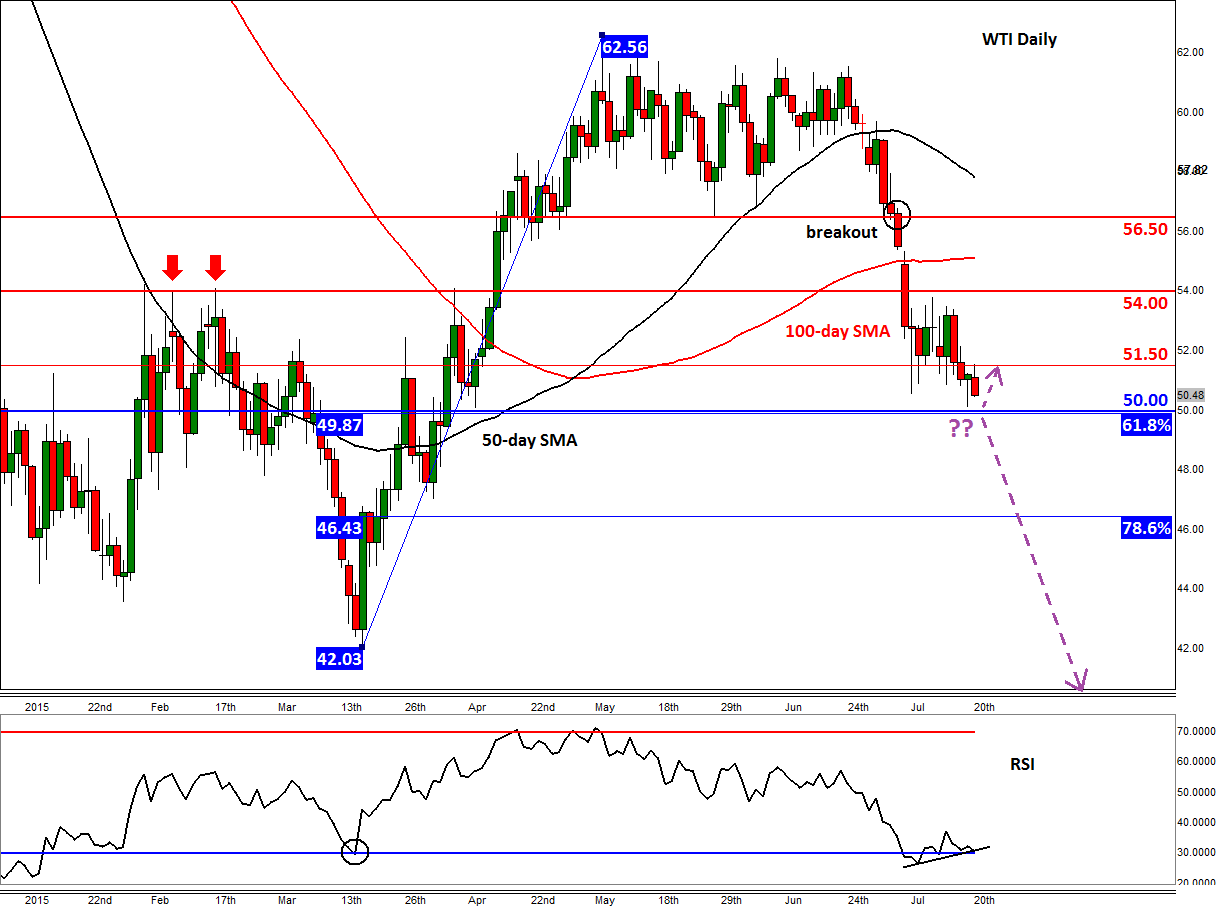 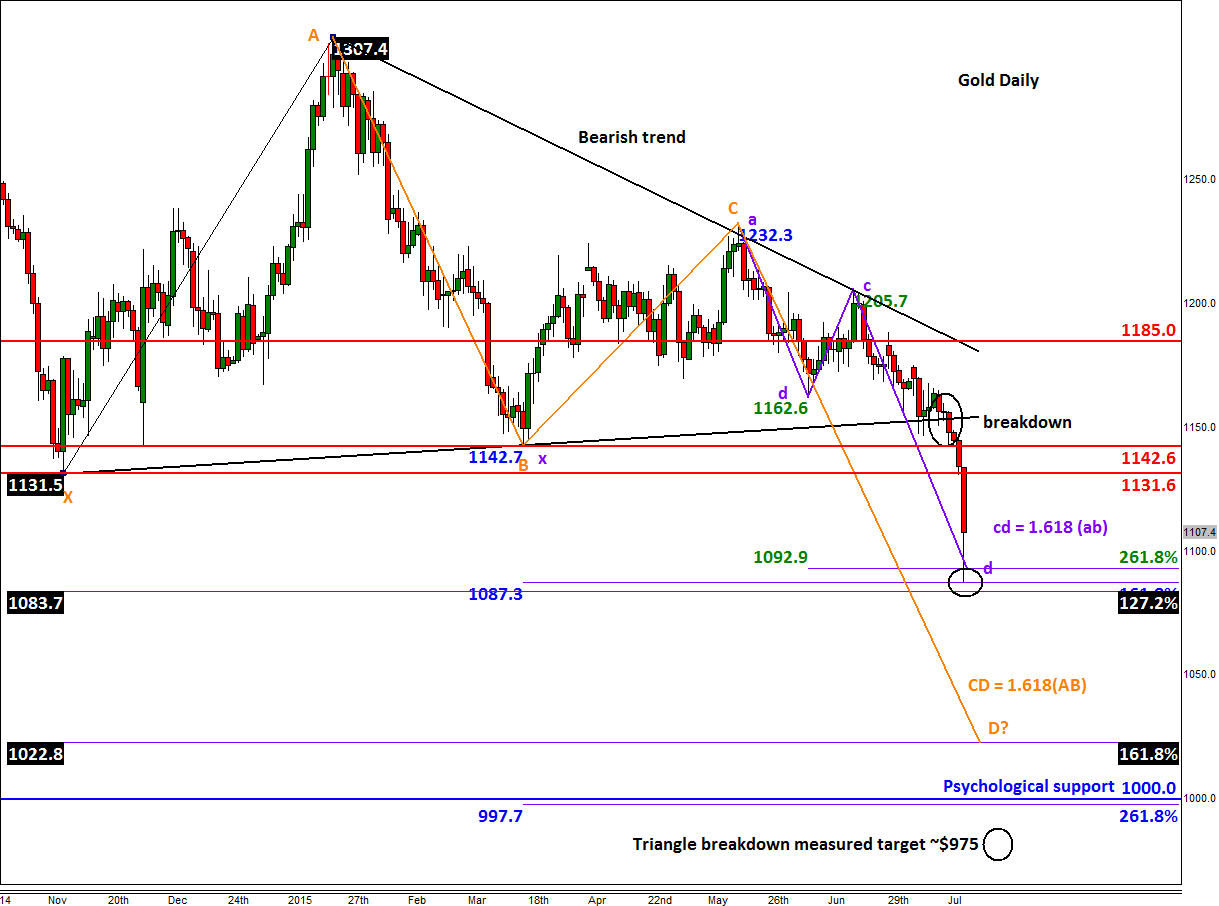