The European stock markets are looking very shaky at the moment. Sentiment is negative not only because of Europe’s exposure to China and falling commodity prices, but also because of the single currency bloc’s struggling economy where growth is almost non-existent despite the ECB’s on-going QE stimulus programme and a weaker euro. An imminent rate hike from the Federal Reserve and one possibly from the Bank of England in early 2016 are also among the factors contributing to the increase in opportunity cost of holding stocks – at least on a relative basis, anyway. But “Grexit” risks have been reduced sharply and most of the bad news regarding China may already be priced in. What’s more, even when the Fed raises rates, monetary policy will still remain very accommodative there which should help to fuel growth in the world’s largest economy. So, a bounce back for the FTSE and indeed the global stock markets around these oversold levels should not come as a major surprise. That being said though, the risks still remain skewed to the downside, as for the time being none of the major global indices have created a clear reversal pattern. On the micro front, the share price of Glencore is down more than 8% after the miner and commodities trader reported a drop of almost 30% in H1 earnings due to the falling prices of oil and metals, and warned that capex would be lower next year. Preventing the FTSE from falling even more sharply is Admiral, whose share price is up a good 5 per cent today. The insurance company has posted a forecast-beating 1% increase in H1 pre-tax profits to £186.1 million.

On the technical front, we highlighted a bullish trend line that goes all the way back to the year 2011 on the FTSE 100 yesterday. The trend line, which comes in somewhere around 6450, is being tested at the time of this writing today. Thus, while the possibility for a bounce back is there, a breakdown of this key trend line could lead to further follow-up technical selling. Taking a closer look at the daily chart today, in figure 1, we can see a number of other near-term technical developments. First, the prior support around 6500 has been broken and the index is now testing its medium term bullish trend line and the 61.8% Fibonacci retracement level of the upswing from October at 6470. The July low around 6410 is now the pivotal level – if this breaks then not only will it violate the trend of higher lows on both the weekly and daily charts, but it will also confirm the end of the bullish trend. If seen, the index could go on to drop all the way to long-term supports around 6130, 6070 or even 6000 before deciding on its next move.

But the long and medium term trend lines are still just about holding firm as support. What’s more, the daily RSI is approaching the oversold threshold of 30. Thus, the potential for a rally is there as the sellers take profit and opportunistic longs enter the market. It is just that there are not much fundamental stimuli to support this view. So, taking everything into consideration, if the FTSE does bounce back from these levels then the potential rally could be limited. The bulls would do very well to push the index back towards key resistances at 6650 and 6765/70. The 6765/70 area ties in with the 200-day moving average and corresponds with the prior high. Thus, for the bulls to move back into the driving seat, a break of this level is required, which, if seen, would violate the trend of lower highs. 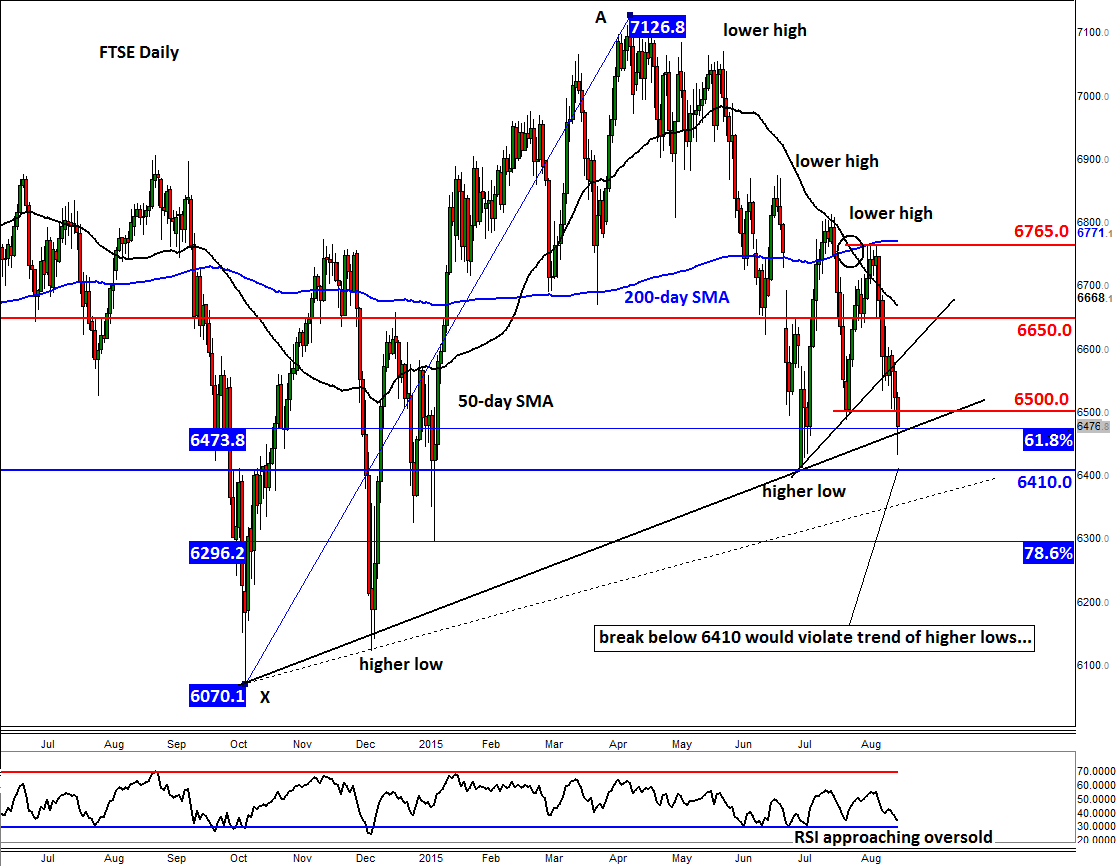 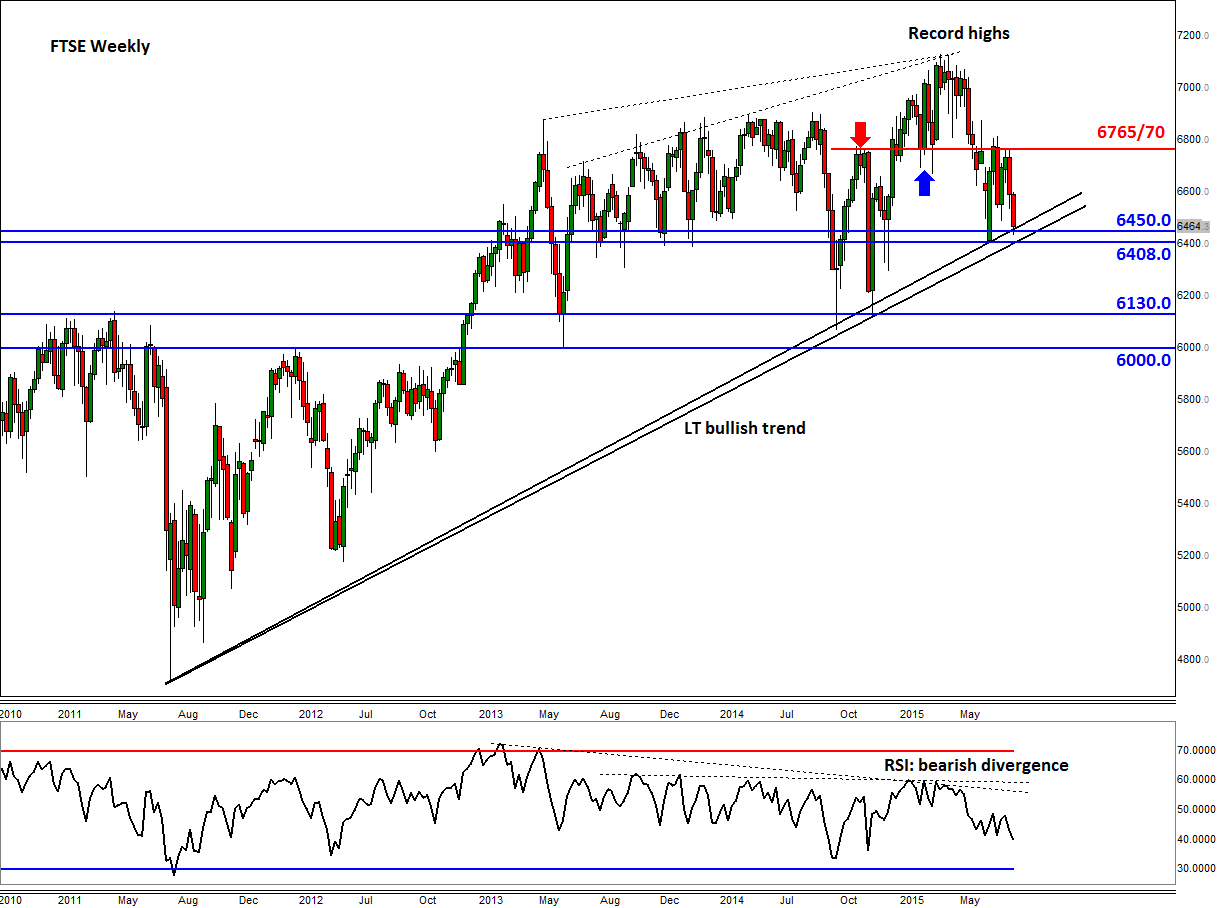