The price of US oil has fallen to a fresh six-year low today. Last night, hopes were raised that WTI may form a base of support around the March low of $42 a barrel. It staged a sharp rally ahead of the contract rollover and prices remained elevated after the American Petroleum Institute (API) reported a sharper than expected draw of 2.3 million barrels in crude stocks. Those hopes were dashed however as the official data from the US Department of Energy revealed a completely different picture today as the level of US crude stockpiles actually increased last week, and by 2.6 million barrels, no less. The increase was in part because of a major refinery outage in the US Midwest and due to a sharp rise in oil imports, which averaged over 8.0 million barrels per day last week, up a good 465,000 bpd from the previous week. Oil stocks at Cushing also increased, but the 300,000-barrel gain was nevertheless lower than expected. The fact that refineries operated at a high 95.1% of their operable capacity last week means demand was strong. Indeed, stocks of gasoline fell more sharply than expected, down 2.7 million barrels compared to the week before. But as the driving season is about to come to an end, demand for gasoline could fall back, which together with the usual refinery maintenance work point to even higher levels of crude stockpiles. On top of this, the prospect of fresh supplies from Iran and potentially weaker demand growth from China and the likes means the global supply glut could be worse than was expected previously. As such, the outlook for oil prices remains bleak.

Indeed, WTI is currently displaying a bearish engulfing candle on its daily chart and provided things don’t change materially before the market closes then a drop to $40 looks imminent. But if oil is to fall to $40 a barrel, there is nothing to suggest it won’t fall even further. In fact, some of the potential buyers will have been disappointed by the lack of follow-through in buying interest around the $42 handle; this group of speculators could join the bears and help drive prices towards the mid-30s, with the 127.2% Fibonacci extension of the corrective up move in March, coming in at $36.45. The more significant 161.8% extension level of the same swing is seen at $29.35, which is just below the next major psychological handle of $30.  So, despite oil prices being severely oversold, things could get even worse for the bulls. Only when oil breaks out of its bearish channel can the bulls start feeling confident about a recovery. Until and unless that happens, the path of least resistance continues to remain to the downside. 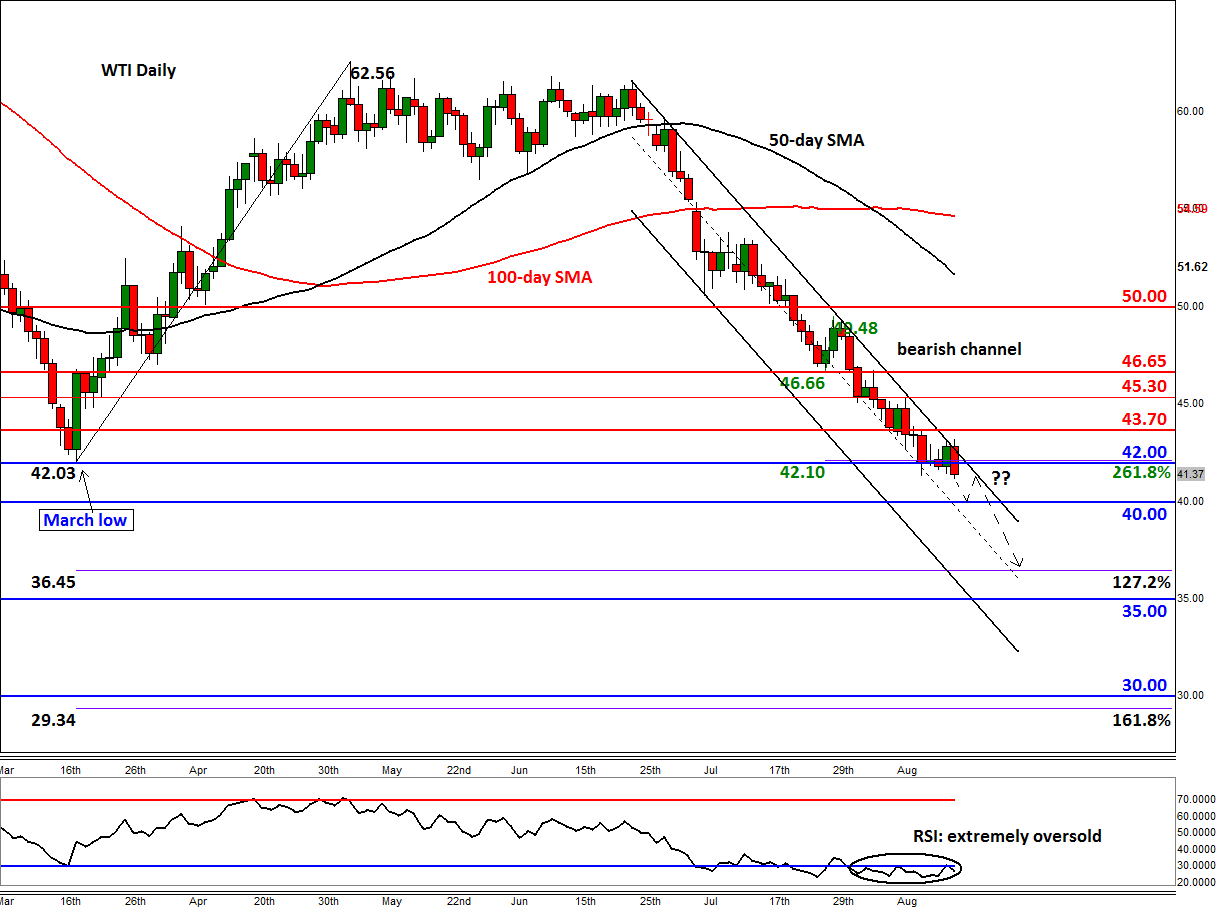 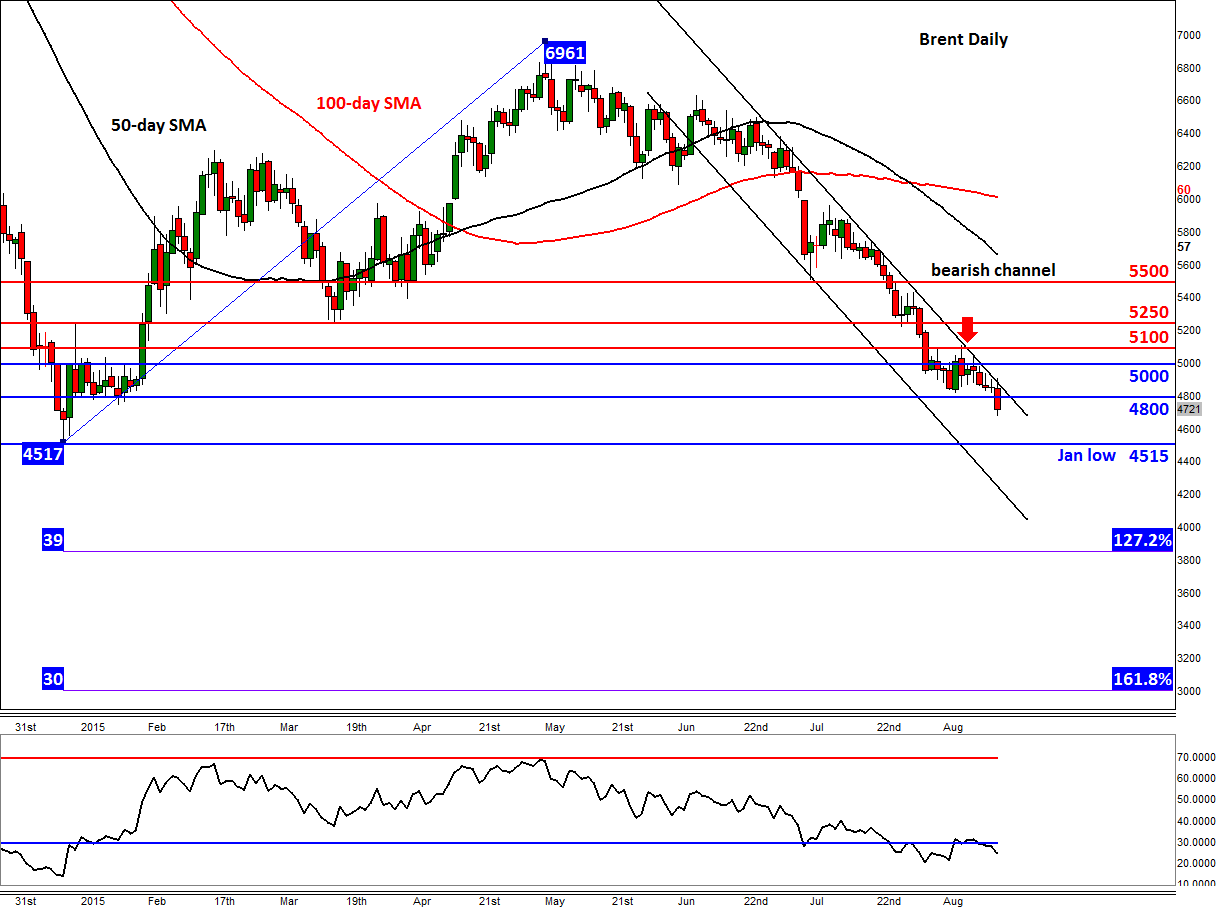