Bulls are rushing to EURAUD

The euro is being propelled higher as investors shed the US dollar as they push out expectations for tighter monetary policy in the US. Also, there’s some speculation that the common currency is benefiting from a reversal of the carry trade, as investors look to low risk assets.

The typical safe haven currencies are the USD and yen, but the former is being sold-off as the market pair’s expectations for monetary policy tightening in September, making the yen and euro attractive options. Being a heavily commodity-backed currency, the Australian dollar is facing the full force of risk-adverse investors, particularly because the negative sentiment is being largely propelled by fears about the health of Australia’s largest trading partner, China.

Conditions within China’s manufacturing sector continue to deteriorate, which has led to another sell-off in the Australian dollar. Caixin’s manufacturing PMI for August deteriorated for the sixth straight month, falling to a 77-month low at 47.1. This indicates that sentiment amongst China’s private sector manufacturers is toxic, which doesn’t bode well for the overall health of the economy.

The data added the already noxious sentiment in emerging markets and hit commodity-backed currencies hard. AUDUSD plummeted towards support just above 0.7280, before regaining some lost ground later in the session as the US dollar was mauled by bears. AUDJPY wasn’t as lucky, as the distain for risk adverse currencies, like the aussie, and the US dollar made the yen the currency of choice, as well as the euro. 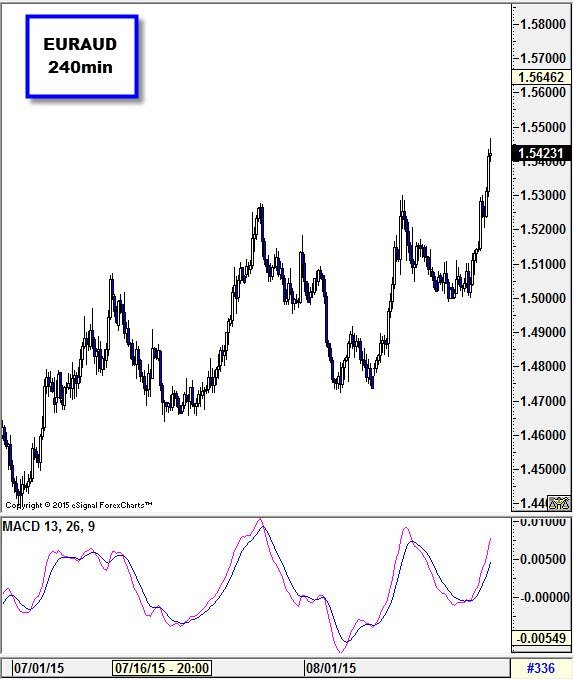