Crude oil and crude-related assets like the Canadian dollar have had a volatile session. Oil prices were initially higher today and were on course to finish in the black for the third consecutive session. Sentiment in the oil market was improved on increased geopolitical risks arising from Russia’s military intervention in Syria and worries about supply outages in the US due to the developing Hurricane Joaquin. In addition, risk sentiment had improved across the board with equity markets also trending higher. However in the second half of the day, both equities and oil changed course and turned lower. The drop in the price of oil may have been triggered by the latest forecast from the US National Hurricane Center which downgraded its estimate for Joaquin to a less intense tropical storm. This in turn caused the CAD to ease off its earlier highs, causing USD/CAD to bounce off the lows.

With the direction of oil prices still pretty much unclear, there is a risk that WTI may stage a sharp recovery from these depressed levels over the coming days and weeks. Although crude supplies remain plentiful, there have been signs that production in the US is failing. If we see a sustained drop in US oil output, this could lead to some sort of a recovery for prices and in turn boost the Canadian dollar. Meanwhile the USD/CAD has recently reached a Fibonacci extension level around 1.34 while the GBP/CAD has drifted lower after hitting its own 200% exhaustion level around 2.0960/70 in August (see the chart below). Thus, there is increased risk that the CAD may be due a bounce back, which could be bad news for both the USD/CAD and GBP/CAD currency pairs in the short-term. That being said, the long-term trend for both pairs are still bullish. Meanwhile the current excessive oil supply means crude bulls are finding it difficult to justify buying the black stuff aggressively at this stage. This may also be CAD positive.

Though as mentioned the direction of oil prices is quite uncertain at this stage, traders with short-term focus can still find plenty of good trading opportunities in both oil and CAD. Indeed, there could be plenty of such opportunities in the GBP/CAD cross, which is currently testing a key support area between 2.0030 and 2.0100. If the bulls hold their ground here then a rally towards the resistance trend of the bearish channel could be a possibility, while a closing break below this area whether today or in one of the upcoming sessions could lead to a drop all the way to the bottom of the channel.

If and when the GBP/CAD breaks out of the channel, this could mark the resumption point of the long-term rising trend. In this scenario, the bulls will then want price to first and foremost break above resistance and the 50-day moving average at 2.0390 before jumping on the bandwagon.

However at this stage, the bulls should proceed with a degree of caution because the short-term trend is clearly bearish and there is a risk that price could break through the abovementioned support range between 2.0030 and 2.0100 as after all oil prices could easily bounce back from these depressed levels.

In case of a breakdown, short-term speculators should watch price action around 1.9890/1.9900 closely for this area marks the convergence of the 100-day moving average with the 38.2% Fibonacci retracement level of the last major upswing and 127.2% extension of the BC swing (not drawn on the chart in order to keep things tidy). Below this level, there are not much further short-term supports seen until the 50% retracement at 1.9550/60, an area which also corresponds with the previous resistance and possibly the lower support trend of the bearish channel.

In short, there could be decent trading opportunities forthcoming depending on what GBP/CAD (and oil) does around the current levels. 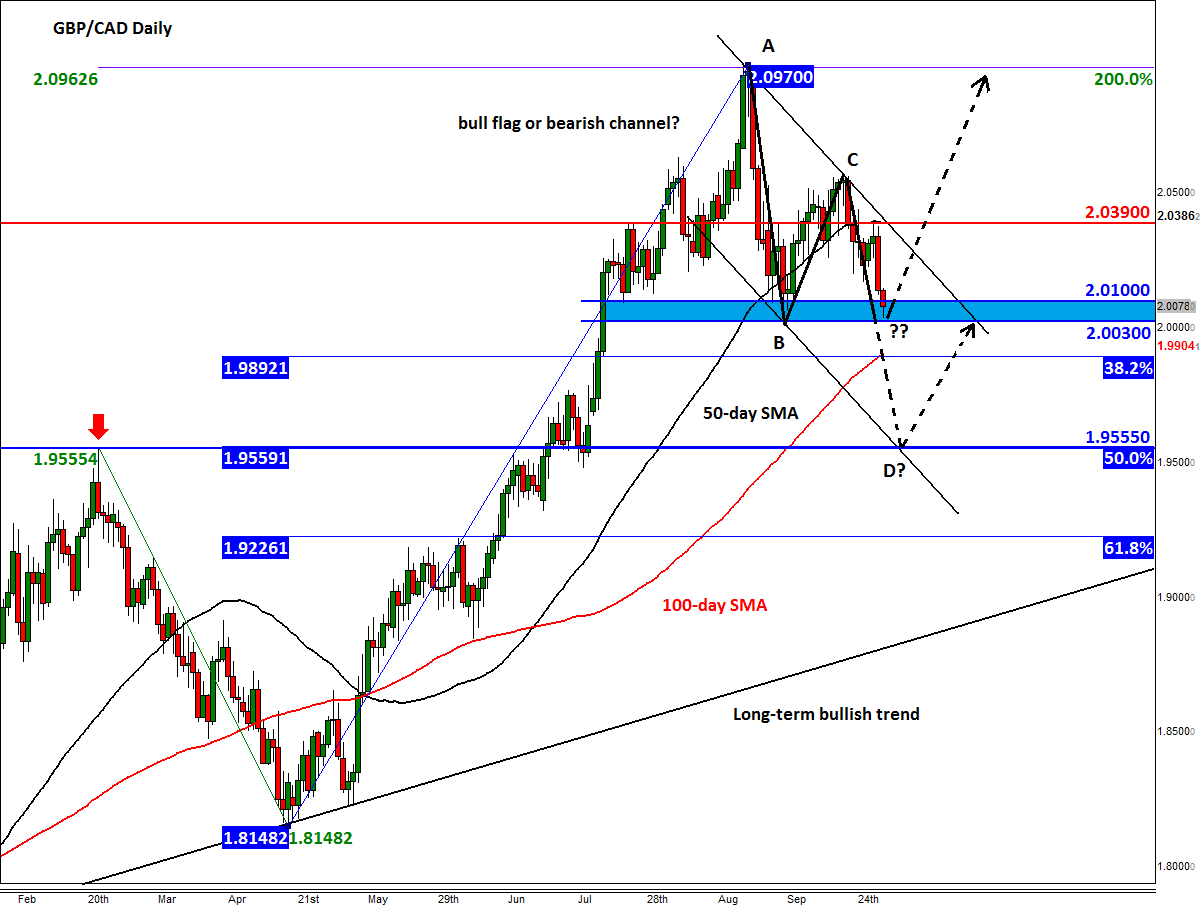 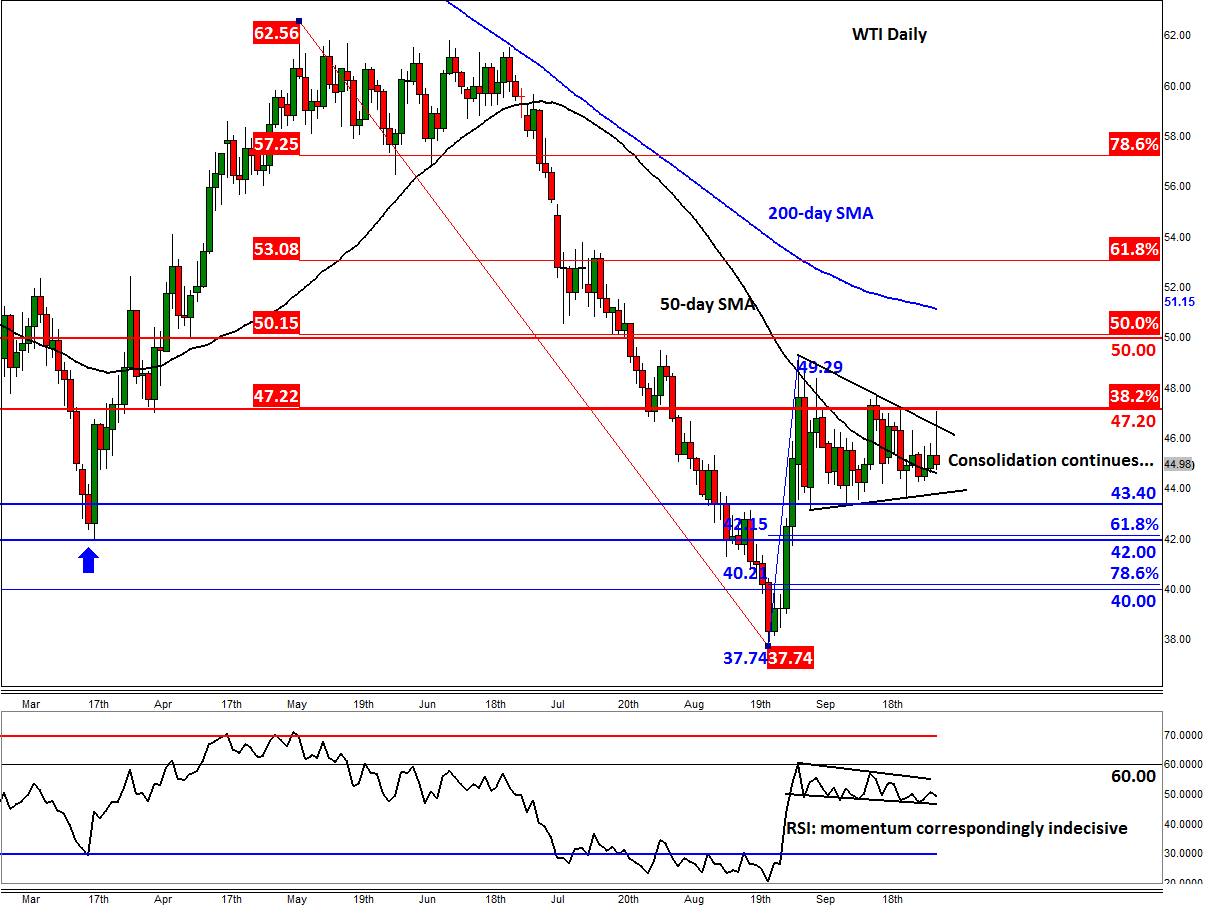