BoJ Preview: not if, but when…

The Bank of Japan is expected to maintain its current pace of easing at its policy meeting this week, although there’s a chance the bank will surprise the market by expanding its massive bond buying program. The economy is struggling from a lack of domestic economy activity and global demand, putting it in a very vulnerable position amidst a tough time for the global economy.

The current state of the economy is well below the BoJ’s estimates and there’s no real light on the horizon. Industrial production has been falling lately as business confidence softens and wage growth has been sluggish. Overall, there are fears that the economy may fall back into a technical recession, which may be enough to scare the BoJ into expanding its easing program.

However, the bank may hold-off on any monetary expansion until its meeting at the end of this month when it is due to release its biannual outlook on the economy and inflation, which may include downward revisions to both. If it does lower its growth and inflation outlooks while holding its current pace of QQE, it may look like Kuroda’s commitment to the bond buying program is wavering, which the bank wants to avoid as it would likely panic the market.

If the bank elects to loosen policy this time around it may result in another massive yen sell-off, possibility cementing USDJPY’s position above 120.00 in the near-term. When the BoJ is considering altering policy its meetings usually run longer than if it’s staying pat; the critical time is around 1230 local time, after which there’s a statistically greater chance that the bank will alter policy. If the bank remains on hold, there may be a small relief rally in the yen, at least in the near-term. 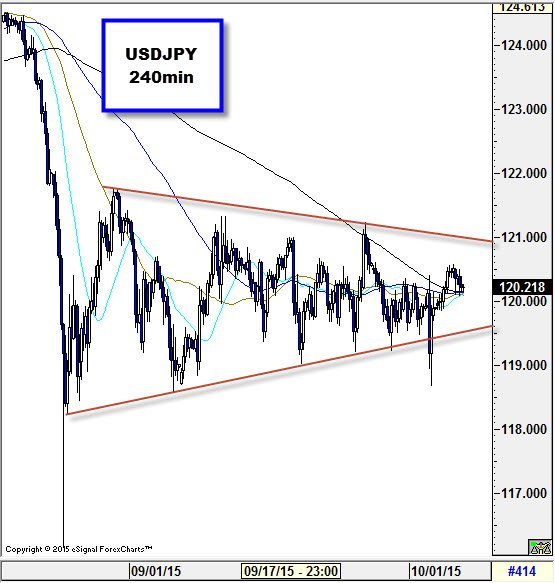