It has been a black Friday for gold because the yellow precious metal has dropped to its cheapest price level since February 2010. And the outlook does not look bright either as the ECB and Fed’s diverging policies mean that the attractiveness of both the US dollar and stocks could increase further. This won’t be good news for the so-called safe haven precious metal, which, unlike equities and bonds, pays no dividends, offers no yield and costs money to store, too. So traders may continue to speculate that the buck-denominated metal will, at least in the short term, head further lower.

Indeed, investors still prefer to hold stocks, mainly due the fact yields are universally this extremely low and the lack of any major sentiment-sapping news. That being said, concerns over China are still there and could come back into the forefront early next week, particularly if the latest manufacturing PMI data, released on Tuesday, disappoint expectations. All the same, gold has so far hardly responded to the deteriorating health of the world’s second largest economy or indeed any other negative news, including the Paris terror attacks. The lack of any notable positive response from gold has been discouraging and if similar reactions are evidenced this time too then it is difficult to say what will support gold on a sustainable basis.

Granted, the metal may find short-term support, particularly as there will be plenty of market-moving numbers that will be released next week, which could have major implications for the dollar, stocks and indeed commodities like gold. As well as the Chinese manufacturing PMI, the US services PMI on Thursday and the November jobs report on Friday are among next week’s data highlights. In addition to the data, there is the small matter of the ECB rate decision, too. Judging by the behaviour of the euro and government bond prices in the Eurozone, investors are fully expecting the ECB to alter its policy in some way, shape, or form.  The central bank could for example expand the size, duration and composition of its asset purchasing programme. There is thus scope for disappointment, which could lead to a significant appreciation of the EUR/USD and this could underpin the buck-denominated gold.  Then the focus will turn to the Federal Reserve meeting, and again there is scope for disappointment there too. Gold may be down now, it could certainly come back if at least some of these fundamental factors go in its favour.

But as things stand, the path of least resistance is clearly to the downside and it is possible we could see further sharp losses if the abovementioned fundamental stimuli lead to an increase in risk appetite and/or underpin the dollar. Gold is stuck inside a large downward-sloping bearish channel and it has recently broken key supports at $1098 and $1077, and today $1064/5. These levels could be among the new resistances to watch going forward. On the downside, there is little further support other than the Fibonacci levels shown on the daily chart, such as the 127.2% extension of the rally from July at $1046 and the 161.8% of another, larger, corrective move at $1022. The support trend of the long-term bearish channel comes in around the psychologically-important level of $1000 which is also a long-term support level as shown on the monthly chart. 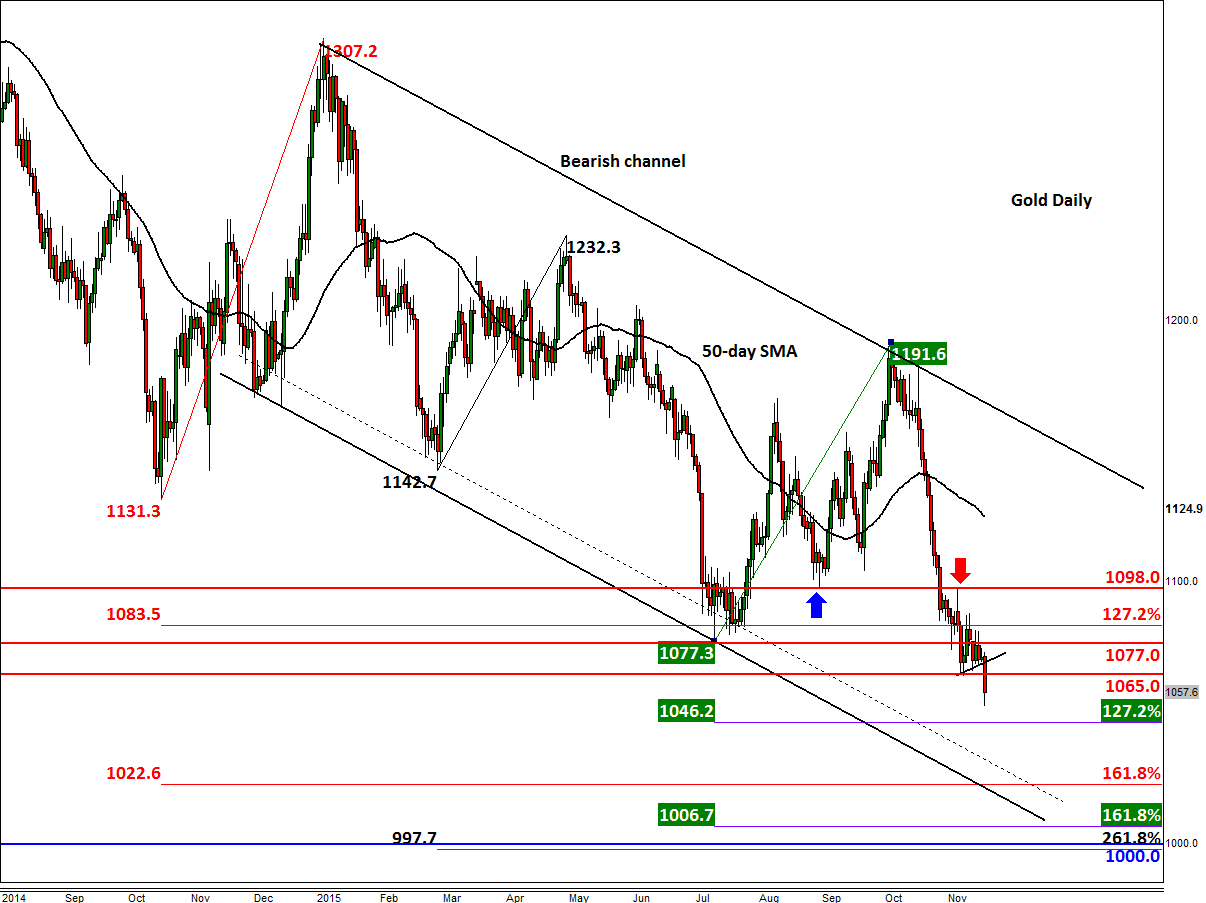 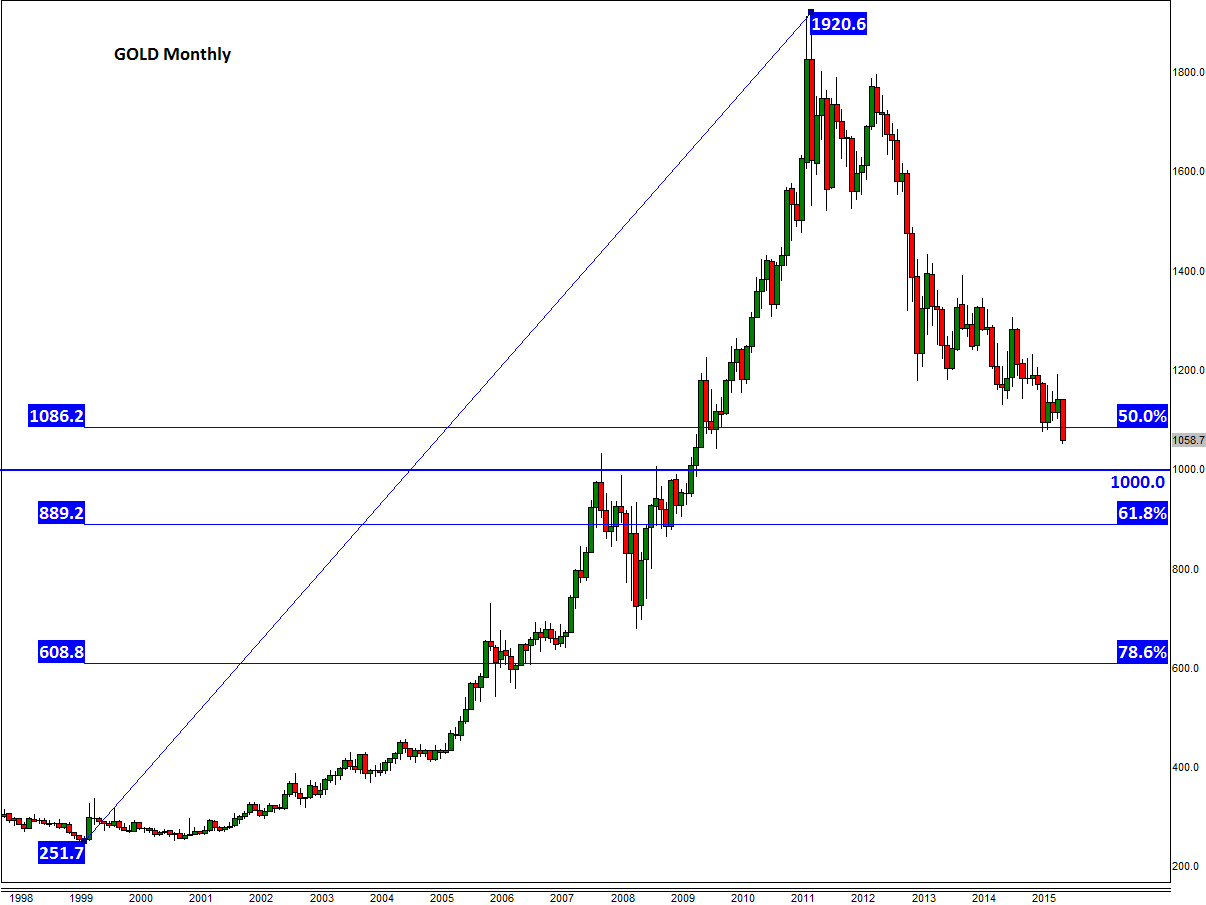