European stocks have stormed back to life this morning, evidently in anticipation that the European Central Bank will ease its policy further as it attempts to boost growth and create inflation in an economy which is lacking on both fronts. Traders need to be wary of the possibility that the ECB may disappoint again, like it did back in December. Then, it merely cut rates into the negative when the market was expecting the central bank to do at least that and also expand its asset purchases programme. This time, analysts are once again calling for an increase in monthly purchases to the tune of €10 billion per month and perhaps extending the duration of the programme by six months. So, QE is expected to rise to €70 billion per month and run until September 2017. But with oil prices coming back strongly and the euro remaining weak, the ECB may once again hold off fire. This potential scenario would likely disappoint the markets and lead to a sharp sell-off.

But today, speculators are evidently buying and will probably ask questions later. The DAX has found strong support from its 50-day moving average after it recently formed a false breakdown reversal pattern around that pivotal 9300 area. Since then, it has been creating higher highs and higher lows. With the daily RSI being below 70, there is still some room for further potential gains until this momentum indicator points to “overbought” conditions.

The DAX is now rallying towards some potential resistance areas where the rally may stall, at least in the short-term:

It is important to note that as further resistances break, the rally will likely gain momentum. So a potential break above 9900-10000 could lead to acceleration in the upward momentum.

But with the long-term bullish trend line broken and the moving averages in the wrong order, this could prove to be a bear market rally. For the bearish speculators, a sustained break back below support at 9580, if seen, would most likely lead to a drop towards 9300 again. This scenario looks unlikely as things stand, however. But the ECB could disappoint again which could see stocks tumble across the board in Europe. 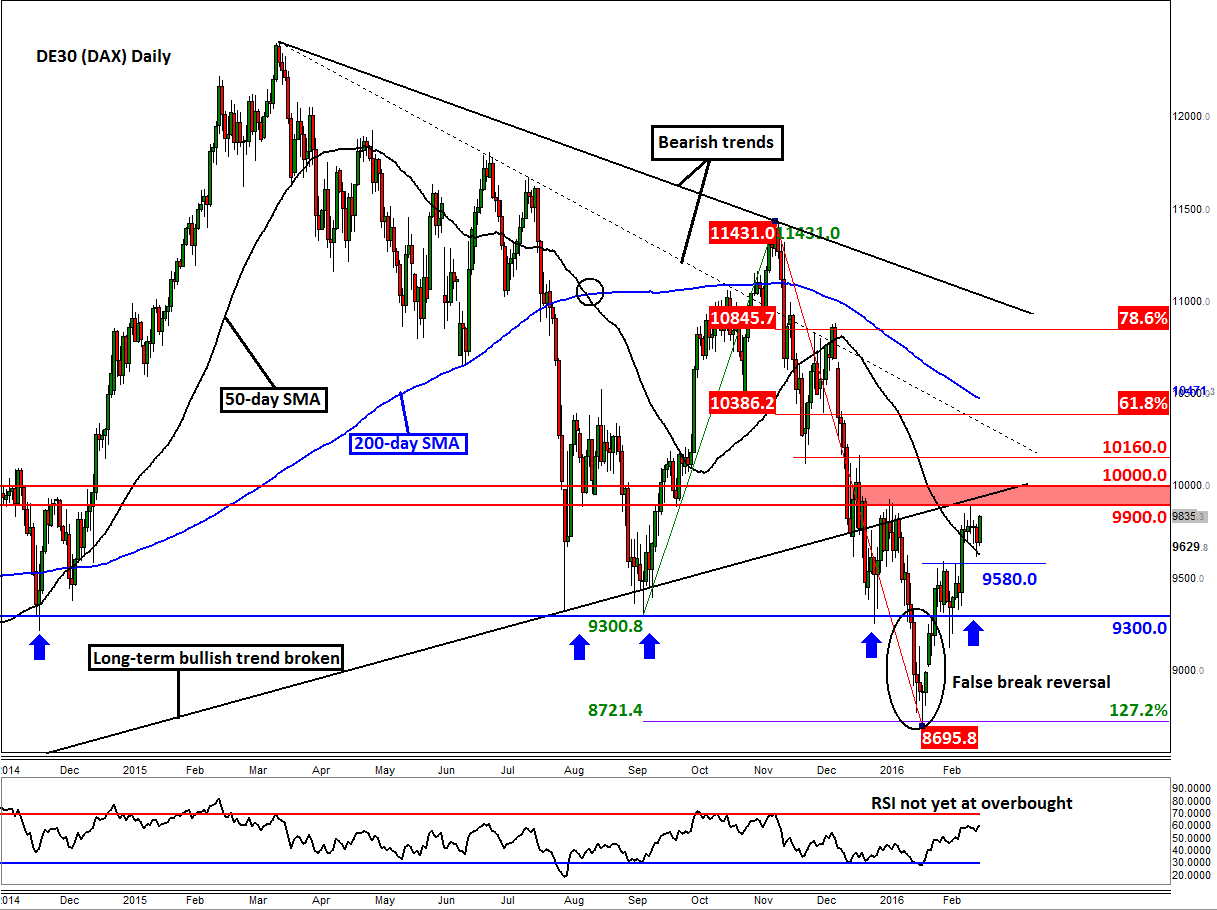