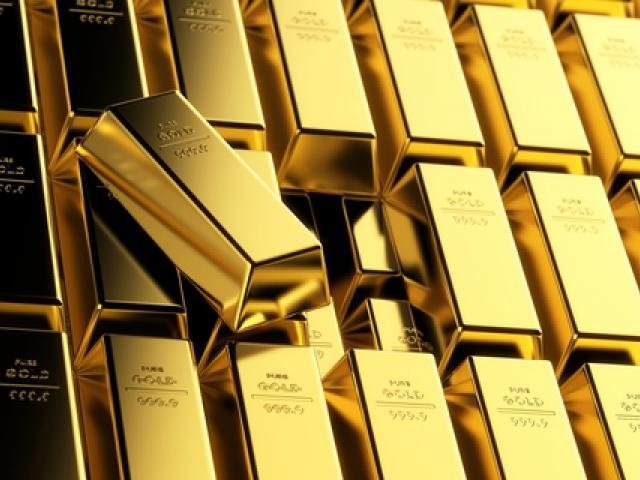 Global stocks descended deeper into the abyss during trading last week, following the deceleration in oil prices that weighed heavily on global sentiment and soured risk appetite. Most major markets were depressed, with the European division swiftly relinquishing previous gains, as the decline in mining stocks left the FTSE vulnerable. In Asia, the rapidly fading expectations over further central bank intervention by the Peoples bank of China, coupled with an appreciating Yen, simply offered an opportunity for participants to attack Asian stocks. This contagion seeped into American markets punishing most stocks and may continue in May with risk aversion encouraging investors to scatter from riskier assets. With speculations mounting that oil prices may start to decline as production swells, stock markets may be open to further declines.

The inconsistency and constant caution the Fed exudes has provided a foundation for bearish investors to ruthlessly attack the Dollar, with the Dollar Index sinking to fresh 8 month lows below 93.00. Sentiment remains heavily bearish towards the Dollar and with expectations rapidly diminishing over the likelihood of another US rate hike in 2016. Dollar vulnerability remains the resonating theme in the global currency market. Even if the NFP report this week exceeds expectations, data from the States has been tepid, while external developments continue to expose the nation to downside risks. With the Dollar Index trading below 93.00, previous support could become a resistance for a deeper decline towards 90.00. 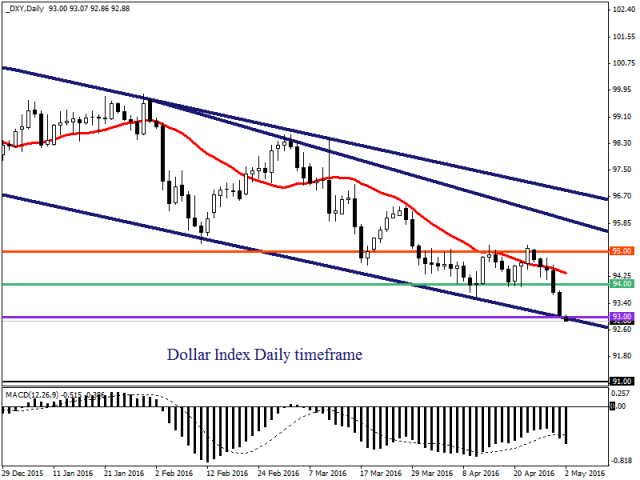 Bank of Japan under fire

Investors were left bewildered during trading last week following the Bank of Japan’s unexpected decision to leave monetary policy measures unchanged despite the economy wheezing for central bank support. The disappointment from this unanticipated decision installed the Yen bulls with brute inspiration that caused the USDJPY to plummet to 18 month lows. Japan remains under immense pressure and with an appreciating Yen diminishing the nation’s export competitiveness, deflationary woes may be around the corner. With expectations fading over further intervention by the BoJ, the Yen could surge across the currency markets and such may spell further problems for the nation. 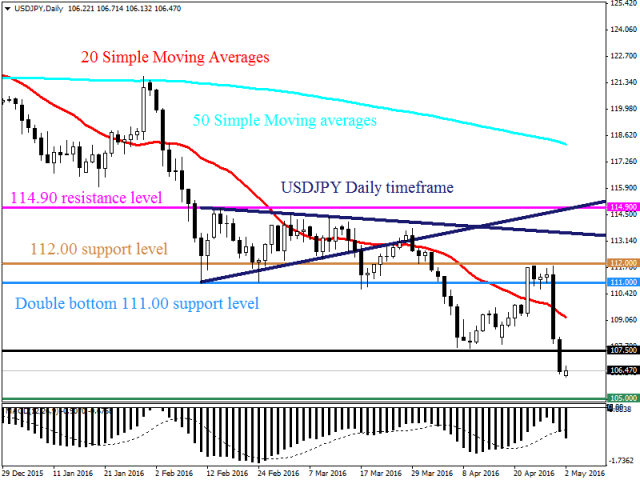 The WTI Crude rally was halted below $46.50 during trading last week as news dispersed of production rising in the Middle East, which simply renewed concerns over the excessive oversupply in the markets. As the OPEC saga continues, it is becoming increasingly clear that WTI is fundamentally bearish and with expectations fading of any production cut, a steep decline could be pending. While prices are unquestionably bullish on the daily timeframe, bears simply need to exploit a moment of weakness to send prices crashing back lower. From a technical standpoint, WTI bulls have respectably made their mark as there have been consistently higher highs and higher lows. Previous resistance at $44 could transform into a dynamic support that could invite an incline towards $46. While these short term gains are impressive, the fundamentals point to the downside and this paradigm continues to raise questions on how much further bulls can go against this overwhelming tide. 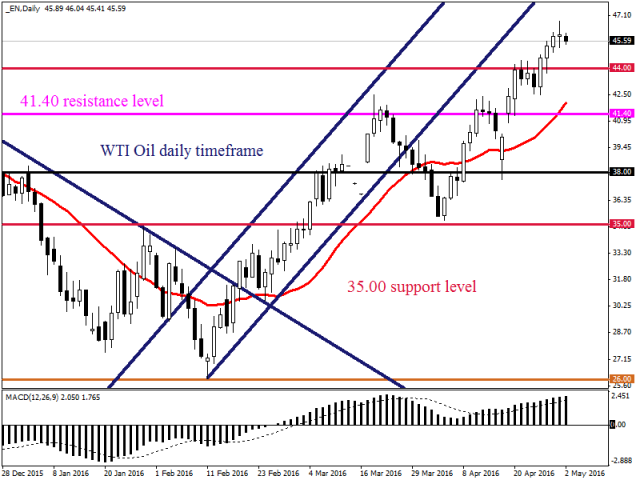 Gold prices surged with ferocity in the final trading days of April, following the catalytic mixture of Dollar vulnerability and steep declines in equity markets that magnetized investors to safe haven investments. This metal is fundamentally bullish and Dollar weakness has provided a platform for bullish investors to install an intense round of buying momentum that could see prices trade towards $1300. With expectations rapidly diminishing over the Fed raising US rates in Q2 coupled with the cautions most central banks have displayed, Gold could be a star performer for 2016. From a technical standpoint, prices are trading above the daily 20 SMA while the MACD has crossed to the upside. A breakout above $1300 could open a path towards $1330. 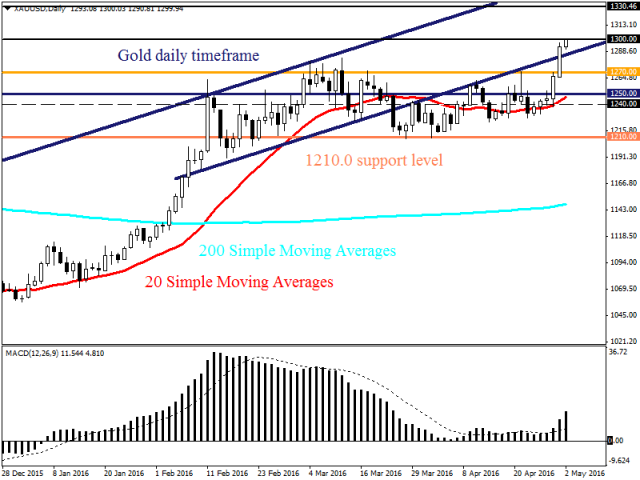