Is the Brexit a remake of the Scottish referendum? 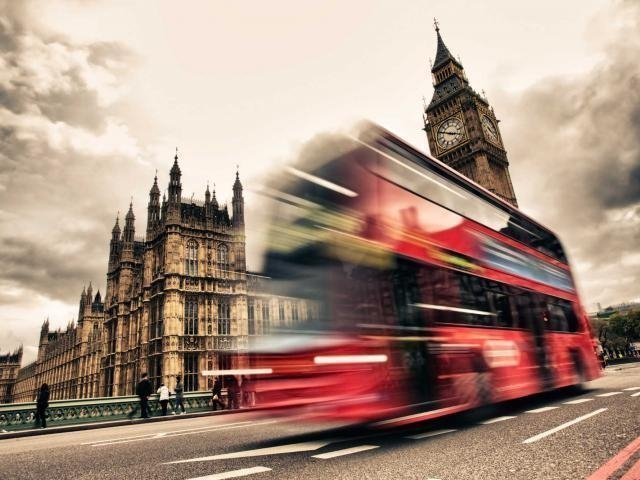 In this report, we begin with a short reminder of the market reaction before and after the Scottish referendum and we also take a look at the recent technical structure in GBP/USD.

The British pound faced heavy selling pressure in 2014 as the U.S Dollar strengthened across the board fueled by the easing measures used by the FED to stimulate the economic recovery at that time.

The pair registered a peak around 1.7180 and sold-off sharply to reach as low as 1.6050 level exactly one week before the referendum day as polls have begun to show a light dominance for the "stay" side. Moreover, prices jumped to as high as 1.6525 after 55.3% of participants voted against the independence. Surprisingly, the Sterling erased the entire gains few hours later and ended the trading day sharply lower at 1.6288 level.

Conversely, when looking at the price action from a pure technical standpoint, the pair traded in a strong downtrend during the summer of 2014 and found sellers near the 61.8% Fibonacci retracement of the drop seen from 1.6844 peak.Since then, the bearish pressure has resumed and the British pound kept on falling for the entire following month breaking below 1.6000 psychological support and reaching as low as 1.5875 level.

As of now, we believe that the situation is completely different with the U.K Brexit referendum due on June 23, from both a fundamental and technical perspective.

Fundamentally, the negative impacts of a possible U.K leave can be very heavy on the British economy. The statistics show that the EU remain the destination of half of U.K exports and a Brexit may certainly lead to additional costs for British exporters. In addition, many other sectors are likely to be affected, like the consumption and the property market, the regulation environment, the public sector and the foreign investment.

In the other hand, the U.S monetary policy has tightened with the Federal Reserve set for a series of rate increases in the coming months. Meanwhile, we have noticed lately that the FED may delay the next rate hike to the end of the year as the economy remain unstable and still showing a contradictory figures.

It is important to note that the probability of June rate hike has fallen to 0.0% as the U.S jobs report showed its lowest reading in 6-year during last week, which pushed investors to re-adjust their interest rates move expectations. In this case, the U.S Dollar may face some selling pressure in the near-term.

The Sterling plunged on Friday after independent poll showed that the Brexit ‘leave’ campaign reached 55% of potential voters.

However, traders should be aware that the pair has already reached the 61.8% retracement of the entire recovery from 1.3835 low, and we may see strong buyers appearing in the next few days. This level stands at 1.4190 level and only a daily close below it may clear the path for further decline in the direction of 1.4085-1.4000 monthly support zone.

Therefore, as far as 1.4000 psychological support is intact a possible reversal to the upside remain valid for the time being.

In the other hand, 1.4360 should continue to play a strong barrier in this pair and only a daily close above this level will confirm that the pair is set for a new rally. 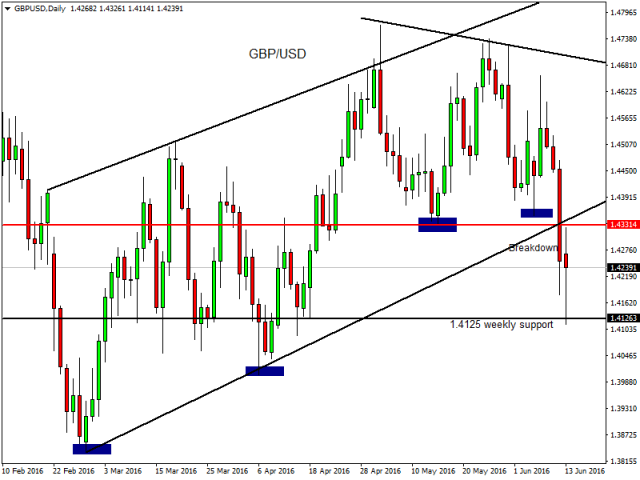