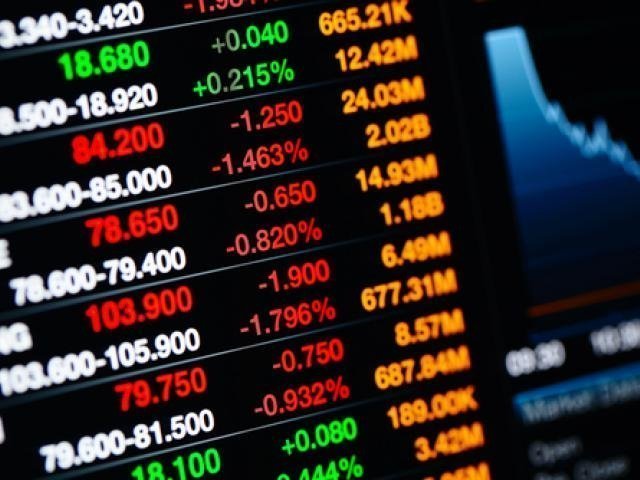 Global equities suffered from heavy selling pressure last week after the U.S Federal reserve decided to keep interest rates unchanged as the future monetary policy remain data dependent. In addition, fears of a potential U.K Brexit weighed on Global stocks and created a big demand for safe havens assets. Therefore, we have seen a big surge in Gold and the Japanese Yen.

Looking at the upcoming economic calendar for the week ahead, all eyes will be turned on the U.K as British citizens are set to vote for either to stay or to leave the EU on Thursday 23 June. We expect big choppiness this week especially in the British pound, as volatility remain a 7-year high. In addition, ECB’S Draghi will speak at the European parliament in Brussels while the Reserve Bank of Australia will deliver its meeting minutes on Tuesday.

Now let’s review the technical picture of some major pairs in the FX market.

Beginning with the U.S Dollar outlook:

The Dollar keep fighting for a clear direction in the short-term as prices remain stuck inside a wide range between 95.30 level in the upside and 94.30 in the downside.

Recently, the Dollar managed to bounce from 93.30 support level, which represents the 61.8% retracement from 91.90 low, but this bounce is likely to be short-lived, as the upside potential remain limited below 96.00 zone.

To conclude, the U.S Dollar is likely to remain under pressure in the near-term especially if a daily close below 93.30/93.00 zone happens in the next days. 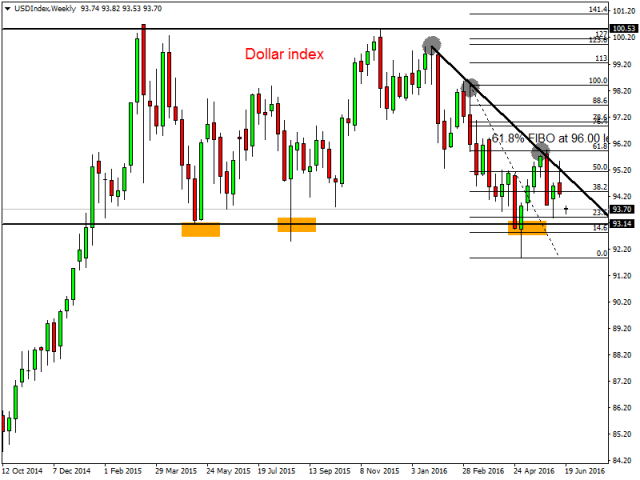 The Euro managed to bounce from its daily support level located at 1.1135, which keeps the higher lows structure from 1.0820 support intact. Moreover, the single currency succeeded to break above 1.1300 psychological barrier, which cleared the path for a possible re-test of 1.1420 major resistance in the coming days.

Actually, the trend remains positive in the hourly chart and we will focus on 1.1420 barrier in the next days, as a close above it will confirm that the bullish cycle from 1.0820 low has resumed.

From a wider angle, as far as prices keep trading above 1.1135, the downside potential is likely to remain limited. 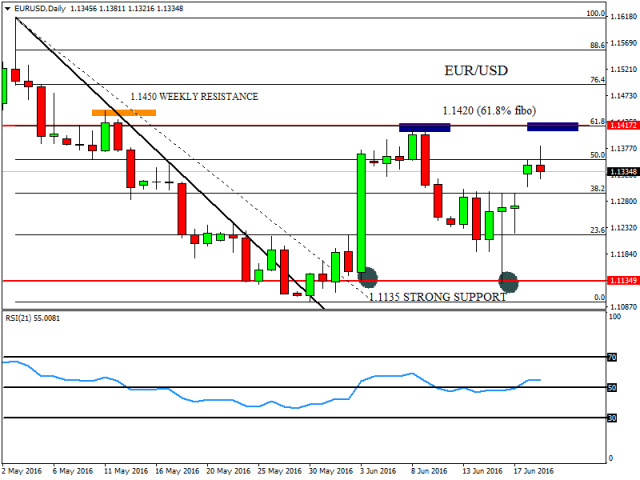 The Sterling rallied overnight after a new Brexit poll showed that the ‘REMAIN’ campaign took the lead.

Technically, the pair found a low at 1.4012 during last week and edged higher fueled by the oversold conditions seen in the oscillators indicators. In addition, the Sterling managed to break above 1.4360 daily resistance confirming a strong bullish reversal in the daily chart. As of now, prices are likely to keep trading higher in the direction of 1.4660 peak followed by 1.4725 zone before to see some selling pressure in the pair. 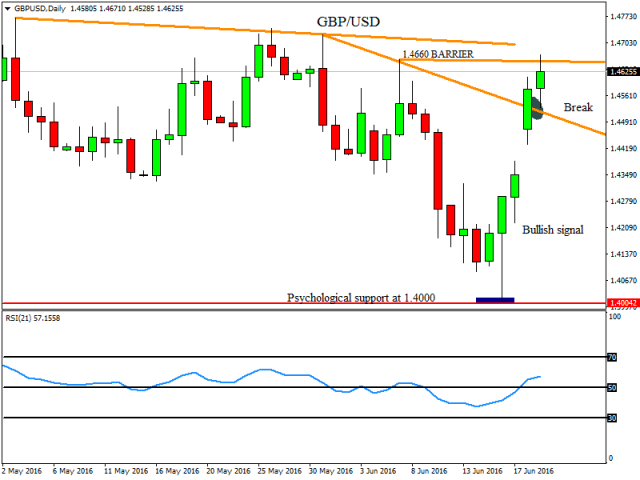 The pair plunged as expected after bears succeeded to push prices below 105.50 weekly support. In addition, USD/JPY extended the decline below 105.00 psychological level, which triggered a big sell-off last week.

Technically, the pair remains bearish regarding a med-term view as far as prices keep trading below 107.30 peak and only a weekly close above it, will confirm a potential bullish reversal in the coming weeks.

In the other side, the focus should be on 103.75 support (former broken resistance) and we may see a stabilization of prices around this level in the near-term. 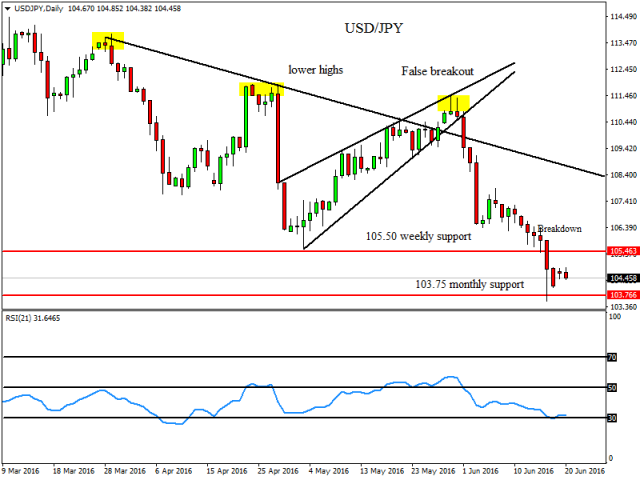 Gold did an attempt to overtake the weekly resistance of 1308$ per ounce but failed as we have seen a big profit taking around this level.

From a technical standpoint, the med-term trend has turned bullish and as far as 1200 psychological support continue to support prices, the yellow metal is likely to extend gains towards 1320$ per ounce in the next weeks.

In the other side, traders should focus on 1277 level in the downside as it represents the bullish pivot in the near-term and only a daily close below it may call for a larger correction before the bullish trend resume. 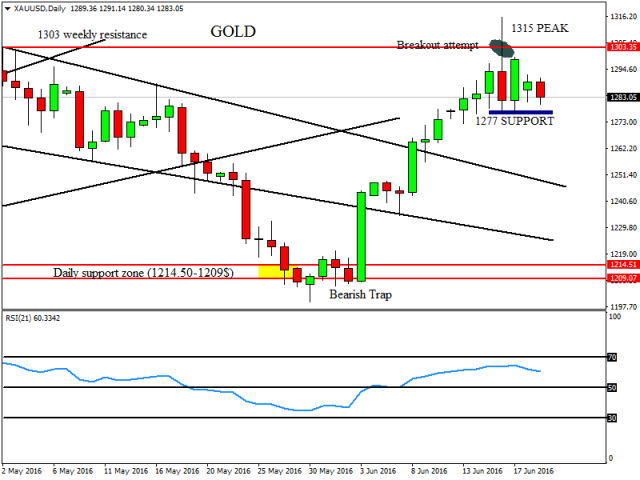