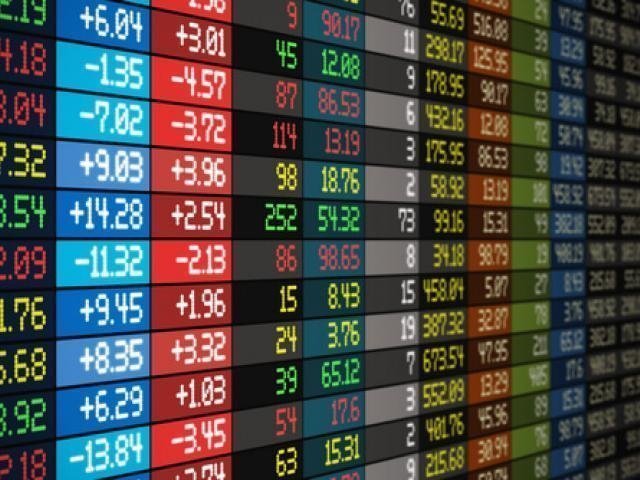 Stock markets staged an incredible recovery during trading this week as the mixture of improving global sentiment, optimism over central bank intervention and fading Brexit concerns attracted investors to riskier assets. Asian equities started Thursday on a solid footing, tracking the overnight rally from Wall Street and comfortably concluded in gains, with an unmoving Yen allowing the Nikkei to float higher. In Europe, most major stocks rushed back into the green territory with the FTSE100 recovering from its post Brexit blues thanks to Sterling vulnerability. Wall Street bulls were unchained on Wednesday and stocks could potentially stampede today if the renewed risk appetite encourages investors to dabble into riskier assets.

Although the speed in which the global markets may have quarantined the Brexit anxiety is impressive, investors should be diligent as the threat of a potential dead cat bounce still lingers. It should be kept in mind that before the Brexit saga, incessant declines in oil prices weighed heavily on sentiment while the ongoing fears over slowing global growth created a risk-off trading environment. The fundamentals that have kept stocks prices depressed remain intact in the background and it may take a catalyst to rekindle market jitters consequently sending global stocks tumbling.

The bearish sentiment towards the UK economy hit new depths following the unexpected Brexit win which renewed concerns over slowing domestic economic growth.  Bank of England Mark Carney repeatedly warned of a potential technical recession triggered by a Brexit, and now it has become a reality the central bank may be forced to act. Even before the Brexit woes, faltering inflation and tepid economic data erased expectations over the Bank of England raising UK rates in 2016 but the Brexit debacle has caused a turnaround with most expecting a rate cut before the end of 2016. It seems that the BoE is under pressure and the increasing economic uncertainty from the Brexit has already punished the Sterling consequently making imports more expensive. With economic unease and post Brexit instability exposing the UK economy to downside risks, it seems likely that the BoE slashes rates after further economic data provides justification.

The Brexit woes have added to the horrible cocktail of events which have persistently sabotaged all efforts taken by the Federal Reserve to raise US rates. There have been many barriers which have repeatedly pushed back US interest rate expectations and the shocking Brexit win may have cemented expectations that US rates will not be increased again in 2016. Even if the NFP for June exceeds expectations and US data respects a robust fashion, the concerns over the unstable global landscape and lingering uncertainty should keep the Federal Reserve on the bench. With hopes rapidly fading over any US rates hikes this year, the Dollar could be left extremely vulnerable to more losses. It should be remembered that the main driver behind the Dollar’s resurgence was the inflated US rate hike expectations and now this has been confiscated, Dollar bears could install another heavy round of selling which could send the Dollar Index back towards 94.00 and potentially lower.

The Gold rally decelerated this week following the improved global sentiment and fading Brexit anxieties that encouraged investors to depart from safe-haven investments to riskier assets. Regardless of the slowdown in upside momentum, this metal remains bullish and could lurch higher when the lingering concerns over global economy rekindle investor jitters. With the Brexit woes potentially obstructing the Federal Reserve from raising US rates in 2016, the Dollar could be vulnerable to losses consequently propelling Gold prices higher in the future. From a technical standpoint, prices are trading above the daily 20 SMA while the MACD has crossed to the upside. Previous resistance around $1308-1300 could act as a dynamic support which triggers an incline towards $1350. 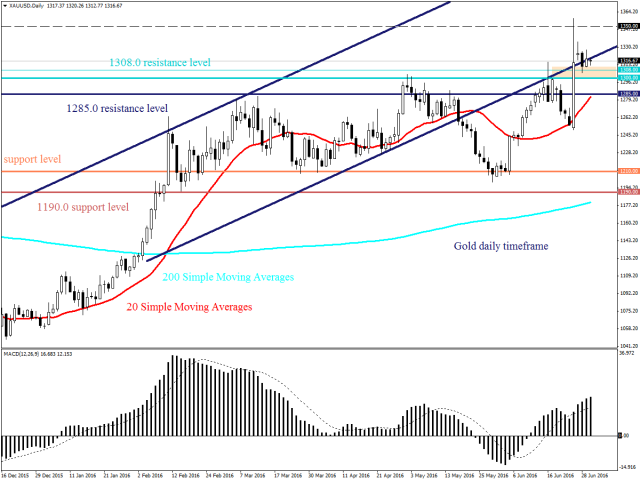