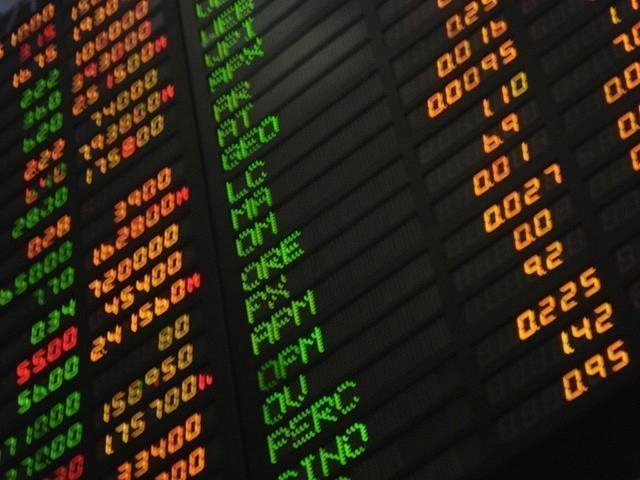 In the U.S, both the S&P 500 and the Dow Jones industrial average turned positive for the year while the NASDAQ remains in the negative territory.

In the FX Market, the British Pound gained some ground and reached as high as 1.3530 level before to retreat to 1.3200 zone after BoE’s governor Marc Carney said that further easing measures are likely during this summer.

As of the upcoming economic calendar, the U.S market will be closed today, July 4 in observance of Independence Day, which may reduce the liquidity in the beginning of this week.

In the opposite, volatility is likely to increase in the coming days as both ECB’s and BoE’s Draghi and Carney may speak later this week, in addition to the FOMC meeting minutes scheduled for Wednesday. However, the focus will be on the U.S Non-Farm payrolls this Friday.

Investors are looking for an increase by 175K in June compared to 38K only registered in the previous month.

Now let us have a look at the technical picture for the U.S Dollar for the week ahead.

Prices failed to overtake 96.00/96.40 daily resistance zone and has showed a double top formation around 96.70 high in the hourly chart, which may lead to a downside correction in the coming days. 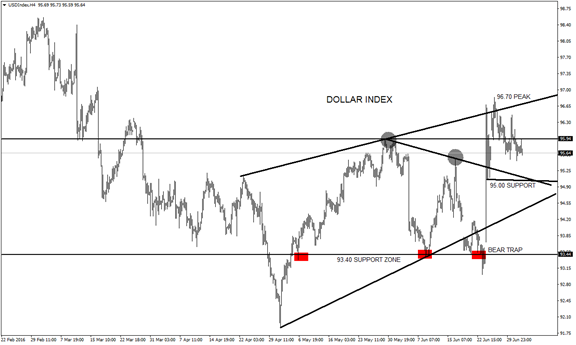