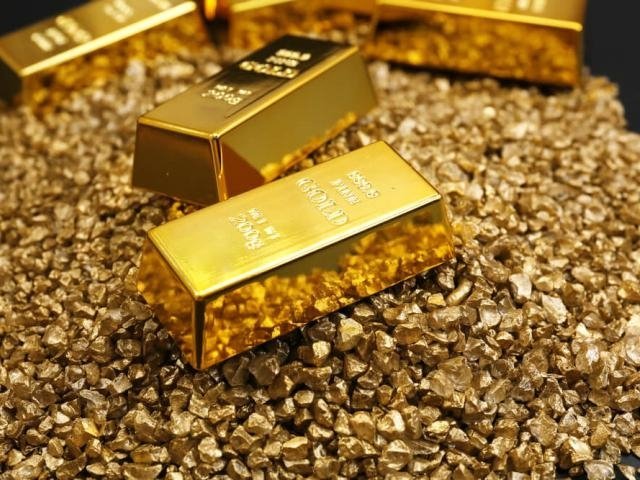 Most Asian shares were under pressure during early trade, as geopolitical tensions weighed on sentiment - with the lack of appetite for risk punishing European Equity markets. Although Wall Street is closed today for the Labour Day holiday, jitters fueled by the North Korea developments, are likely to rollover into Tuesday’s trading session, consequently exposing American stocks to downside risks. With market players on the defense amid the geopolitical risk and uncertainty accelerating the flight to safety, World stocks could have it rough this week.

Gold sprinted to a fresh 12 month high above $1339.50 during Monday’s trading session, as escalating geopolitical tensions between the US and North Korea prompted investors to rush to safe-haven assets. The disappointing U.S employment data released on Friday has also complimented the metal’s upside, with investors now revaluating if the Federal Reserve will raise rates a third time this year.

Gold remains supported by geopolitical risk, with further upside on the cards as uncertainty encourages bulls to install fresh rounds of buying. From a technical standpoint, the yellow metal is bullish on the daily charts, as there have been consistently higher highs and higher lows. A decisive breakout and daily close above $1340, should encourage a further appreciation higher towards $1350. 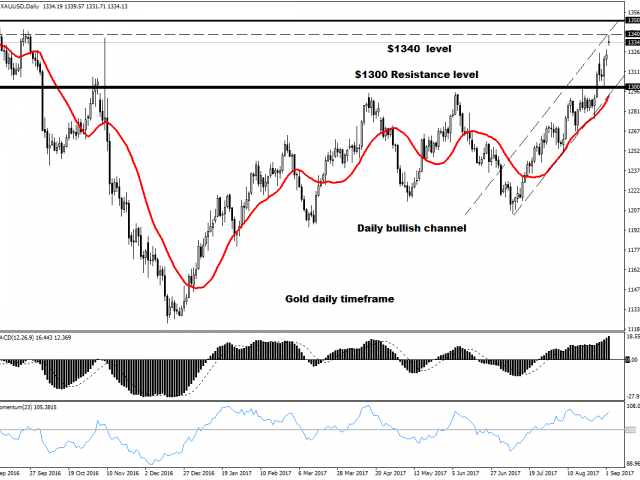 The Greenback struggled to gain ground against a basket of currencies on Monday, as Friday’s disappointing U.S employment data continued to weigh on the prospects of higher US interest rates. Dollar bears seem to be rubbing their hands and planning how to drag the Greenback lower after the US economy added 156,000 jobs in August, which was below the 180,000 market forecast. With recent U.S employment data compounding with concerns over subdued inflation and political drama in Washington, further downside is on the cards. From a technical standpoint, the Dollar Index remains heavily pressured on the daily charts. Sustained weakness below 92.00 should encourage a further depreciation towards 90.00.

The erratic price action on Sterling, continues to suggest that the currency is waiting for a catalyst to break above the 1.3000 resistance, or below the 1.2850 support. Although Brexit uncertainty continues to weaken the Pound, political risk in the US and fading rate hike expectations, have also punished the US Dollar.

Investors will be closely observing how prices trade within the 150 pip range, with a breakout/down potentially determining the next direction for the GBPUSD. From a technical standpoint, a solid break above 1.3000 should encourage a further appreciation towards 1.3060. In an alternative scenario, weakness below 1.2900 should encourage a decline towards 1.2850 and 1.2775 respectively. 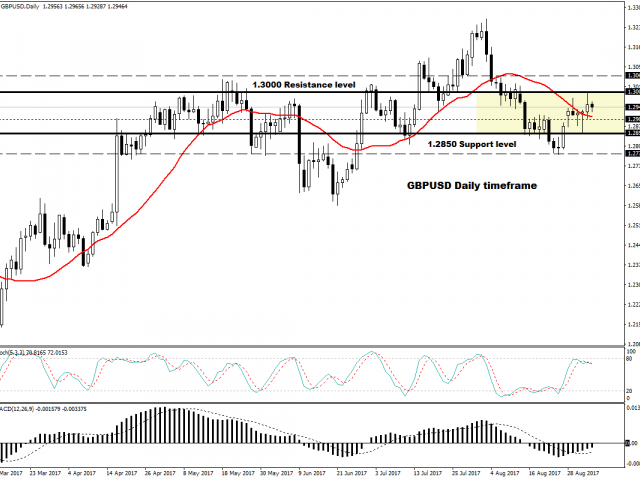