Oil swings back into focus 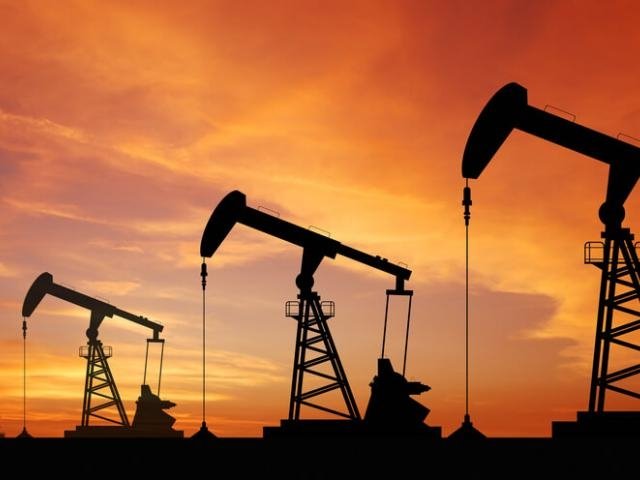 OPEC members have gathered in Vienna to discuss the current state of monitoring in the oil market and with non OPEC members as well. The main basis of this talk will be to go over the details of how the OPEC cuts have affected the market glut, and to brainstorm around the current situation. While not a major decision making meeting the market is positive and bullish about oil nevertheless. A number of factors have been behind oils recent rise, including a weaker USD dollar, a reduction in supply, and of course an increase in oil demand from end users. So while all this talk of Oils demise has been going on for some time, it seems the market has thus far surged back and is showing no signs of letting up. Adding further pressure is also the fact that Venezuela looks like it could implode on itself and obviously this would have an impact on the oil markets as well. 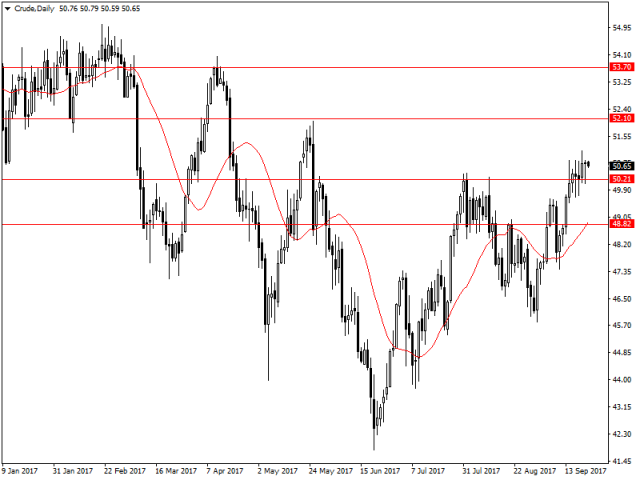 On the charts the technical's are looking very strong as of late, the current wave higher shows a higher high on the previous one and is looking very much the bullish move. Oil does like to play to its technical's a lot of the time, and this can be seen in a large amount of its movements. So far oil has managed to hold above the psychological level of 50 dollars a barrel which is a positive sign. Support is likely to be maintained at this level with 48.82 there to catch any large spikes that the bears get a hold of. For bulls looking higher resistance at 52.10 looks like the first major level with 53.70 the second level above this and also looking very strong.

Silver markets have also been trending lower as of late and this should come as no surprise given the recent resurgence in the USD and of course the relaxed state of affairs globally. Both Russian and North Korea have so far stopped causing problems. However, today's talk about a pacific H bomb test should be viewed with a pinch of salt, given the damage it would do to the environment and neighbouring countries. For me silver will always be the speculators best friend and right now it's looking like it still has a lot more movement to do. 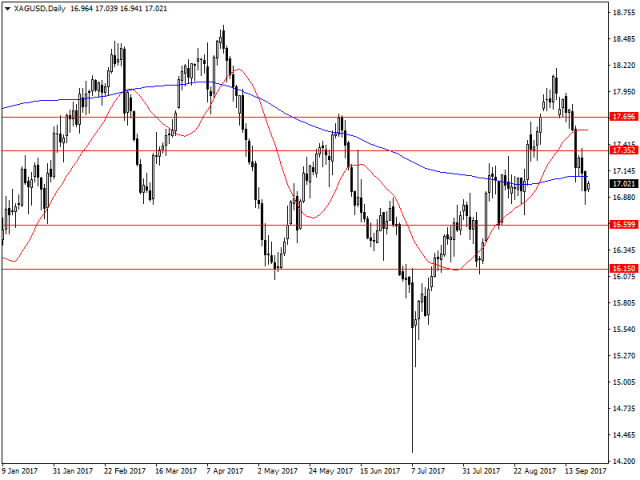 On the chart it's clear the bears have taken a hold on the stronger USD and it has stretched down near support at 16.600. Expectations are building that it could indeed crash through here and move to the next level at 16.150. I expect there could also be stronger movements in the event North Korea did conduct a pacific H bomb test and resistance at 17.352 and 17.696 could also be tested. It's also worth noting the 200 day moving average which is acting as dynamic support and resistance at present.