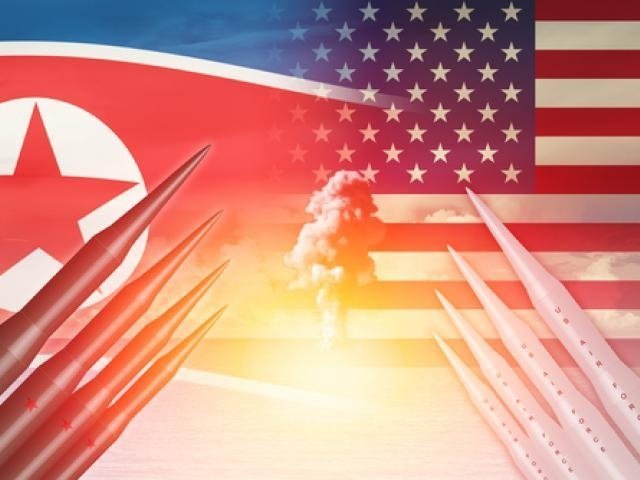 Demand for safe havens returned on Monday as war of words between North Korea and the U.S. triggered flight to safety amongst investors. The latest comments came from North Korea’s foreign minister, Ri Yong Ho, who accused the U.S. of declaring war and said that they have every right to take countermeasures, including the right to shoot down US strategic bombers even when they are not inside the airspace border of their country. His comments sent gold above $1,310 and U.S. 10-year treasury yields declined four basis points. In currency markets, the classic safe havens JPY and CHF made sharp gains against their major counterparts while equities in Asia followed Wall Street lower early Tuesday.

So far, every aggressive selloff in equities and move to safe havens on geopolitical risks has proved to be short-lived. The base case scenario is the U.S. to add more pressure on China and Russia to increase sanctions against Pyongyang and pressure Kim Jong Un to sit down on the negotiation table. However, as an investor, you should keep all options on the table.

An exciting development was seen in options market where the trading volume in CBOE’s volatility index “VIX” surged yesterday hitting a new high. The price action was not significant as the index peaked at 11.21 to drop back 9% four hours later. The activity seen may be an early sign of anxiety among investors who started to consider hedging their positions against a market correction. However, I suggest not to jump to conclusions from a single day activity as it might also have been a speculative move.  If trading volumes remained high in the next couple of days, then markets are seriously expecting a considerable correction in equity markets.

Tensions between the U.S. and North Korea were not the only reason for the drop in U.S. Treasury yields. Federal Reserve’s well-known dove Charles Evans sounded less hawkish in remarks prepared to the Economic Club of Grand Rapids. He said the Fed should wait until there are clear signs that American paychecks and prices are rising before raising rates again. So far there are no signs of inflation picking up in the next couple of month and so as wages. Evans comments may be overshadowed by speeches from Neel Kashkari and Janet Yellen later today which would likely have a stronger impact on the shape of the yield curve.

Oil prices were also making headlines as Brent hit its highest levels in over two years yesterday closing above $59. Tighter supplies and growing demand contributed a lot to the recent 33% surge from July lows. However, the 3.8% move on Monday was driven by threats from Turkey to cut crude flows from Kurdistan region as they seek their independence from Iraq.  The Kurdistan region of Iraq currently produces around 650,000 barrels per day of which 85% goes through the Turkish pipelines. If the Turks decided to cut crude flows, it would create a shock which markets are currently pricing. However, I think this is going to be only a temporary threat that won’t last very long given that independence will not happen overnight and OPEC members will quickly cover the shortage anyways. In my opinion, the spread between Brent and WTI has gone too far and should shrink back towards $4-5, which might be a less risky bet to profit from recent price movement.