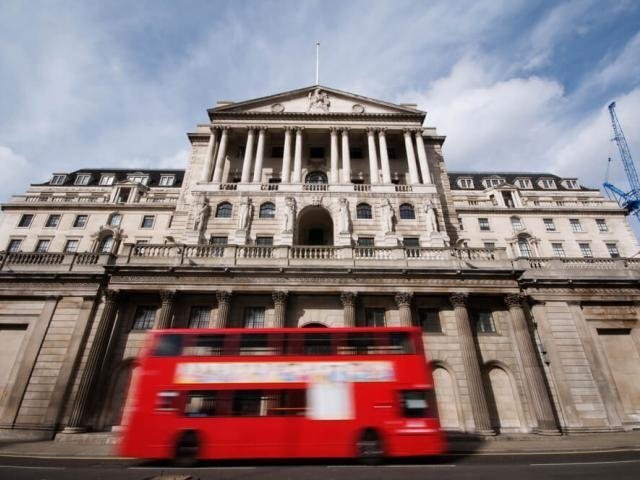 Conviction in the pound seems to have fallen off the way side after the most recent days of trading with the pound taking further hits as it slides down the chart. This may come as a surprise to many given the recent comments from the Bank of England about the very real possibility of a rate rise in the coming months, with the market pricing in the odds of a lift in Nov at about 81.2%. For many in the market a falling currency when rates are likely to be on the increase does not make sense, but the reality is that fundamentally there is still no plan for Britain regarding Brexit and the market is getting worried. How worried can be seen in the media, with big business asking for a plan but government struggling to deliver anything tangible. It could be perhaps that the British government is holding its cards to its chest, but the reality is that it could also be the case that no one is quite sure what to do next and it would seem the market is betting on the latter rather than the former. Uncertainty is always one of the biggest drivers in the market, because the market loves data and the ability to make sense of things, and the current UK situation continues to deliver uncertainty. So even with the BoE rate rise, it may help stem the bleeding, but it might not stop it completely in the long run. 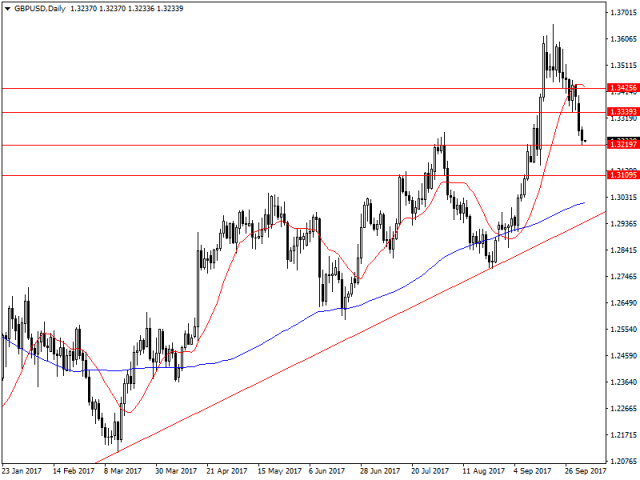 For pound traders the GBPUSD is always a big trade and has been very active on the charts as of late. Last week's pop has been eaten away by the bears and it's very clear to see who is in control at present. Admittedly the GBPUSD rise was never built on British certainty but on USD weakness, and the USD seems to have stabilised for the time being. So far the GBPUSD has taken pause at support at 1.3219 and expectations are building around further downward pressure, as the market looks to move past this level. Support just below this level can be found at 1.3109, and the 100 day moving average (blue line) is looking like a prime candidate for dynamic support as well. Resistance levels can also be found at 1.333 and 1.3425 in case of a spike higher. 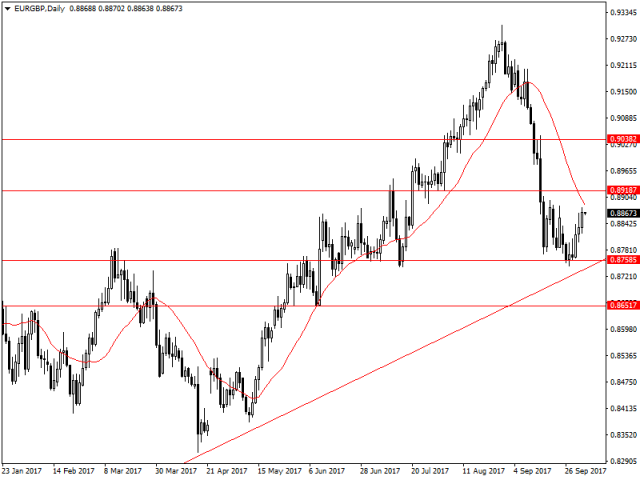 EURGBP is also another important traded pair and it has been climbing higher on the charts since 2015. There is a bullish trend line in play and recently we've seen the market drift down towards it to see what bearish plays are possible. The reality though is that the Euro continues to be the stronger currency and the market has recently turned the screws and let the bulls push back after some drops. After a brief touch of support at 0.8758 the market is now looking to jump higher to resistance levels at 0.8918 and 0.9038. Any push back down is likely to struggle through support at 0.8758 at this present time, especially with the trend line in play.