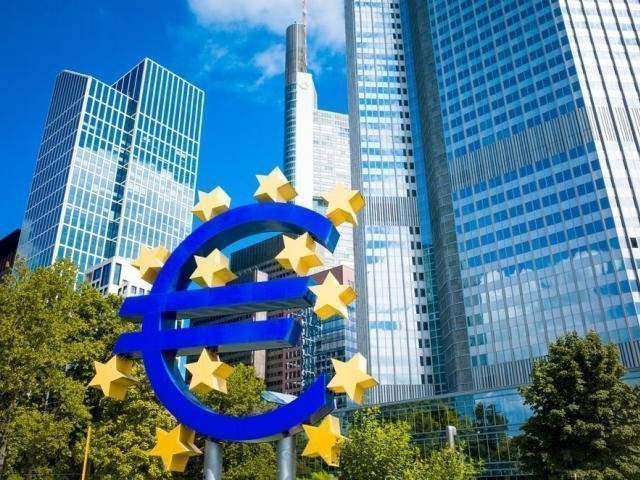 Investors have marched into the final trading quarter of 2017 with a risk-on attitude, as global stocks hit fresh record highs on Wednesday.

Most Asian Indexes were supported by the renewed appetite for risk, while Wall Street stole the spotlight - both the S&P 500 Index and Dow Jones Industrial Average, ventured to record levels. However in Europe, sentiment was bruised by the political uncertainty surrounding Catalonia, which exposed European shares to downside risks during Wednesday’s trading session.

Focusing on today, Asian stocks were mostly mixed during early trade, with markets in China, South Korea and Hong Kong closed for public holidays. With market players adopting a cautious stance and strolling to the sidelines ahead of the U.S jobs report on Friday, US equity bulls may take a short break and cool off.

The Dollar clawed back some of its losses against a basket of major currencies on Wednesday, after stronger than expected U.S data supported expectations of a Fed rate hike before year end.

According to ADP, corporate payrolls increased by 135k in September, compared to the 228k in the previous month. While this relatively low reading would spark concerns in normal circumstances, it must be kept in mind that the impact of Hurricane Irma and Harvey has heavily distorted the figures. With ADP exceeding the 131k market estimates, the Dollar was offered some support.

Sentiment towards the US economy received another boost on Wednesday, after the Non-Manufacturing Purchasing Manager Index came in at 59.8 in September, this was the highest reading since August 2005. With growth in the US service sector hitting a 12 year high last month, the outlook for the US economy continues to look encouraging for the second half of 2017.

Taking a look at the Dollar Index, the index seems to be in limbo ahead of the U.S jobs report on Friday. Prices still remain bullish on the daily charts, with 93.30 and 93.70 both acting as levels of interest. A strong NFP report that exceeds market estimates, is likely to instill bullish investors with enough inspiration to target 93.70 and 94.00 respectively. A breakout above 94.00 should open a clean path towards 94.30.

Euro wobbly ahead of ECB minutes

It has been a rocky and volatile week for the Euro, as anxiety over political uncertainty in Spain weighed heavily on the currency.

The array of sluggish Eurozone services PMI and soft retail sales data released on Wednesday, have also sparked doubts over the European Central Bank’s tapering plans and consequently compounded to the Euro’s woes. With the EURUSD currently trading around 1.1750 as of writing, bears still remain in control on the daily charts and are eyeing 1.1680.

Much attention will be directed towards the minutes of September’s European Central bank meeting, which could offer some fresh insight into the central banks tapering plans. The Euro still remains at risk of depreciating further, if the minutes express concerns over the strength of the Euro.

From a technical standpoint, the EURUSD remains under noticeable pressure on the daily charts. Bears remain in control under the 1.1830 lower high, with an intraday breakdown below 1.1730 opening a path towards 1.1680. 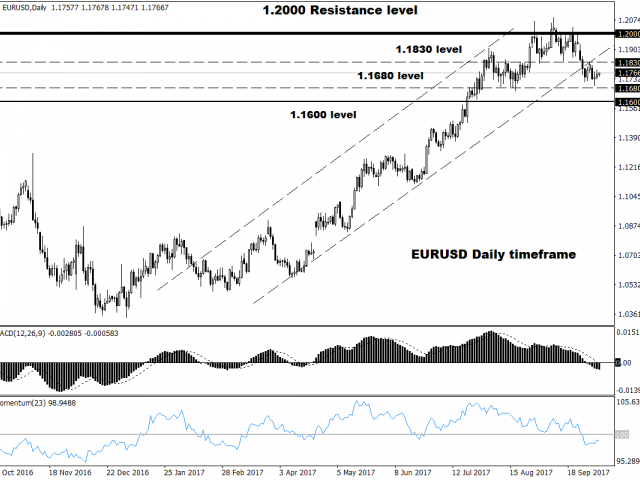