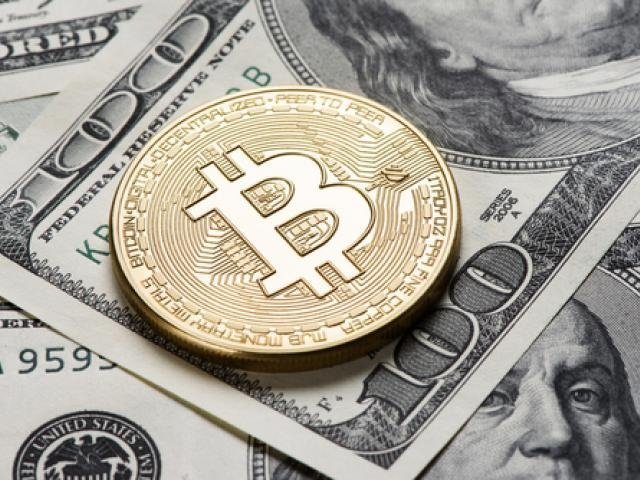 It has certainly been another eventful trading week for financial markets, as investors tussled with rocky Brexit negotiations, Catalonian developments and geopolitical tensions across the globe.

Global stocks have displayed resilience against political and geopolitical risk this week, with Asian shares mostly higher during early trading on Friday - thanks to optimism over the global economy. European equities ended mixed on Thursday, amid ongoing political uncertainty in Catalonia and trading may follow a similar pattern today, if market players remain on the side line. Wall Street retreated from record highs yesterday and it will be interesting to see how U.S stocks react to the pending inflation report from the States.

Bitcoin was the talk of the town across financial markets on Thursday, after the cryptocurrency smashed through the $5000 barrier, hitting an all-time high of $5,386.2. It is remarkable how, despite the slew of negative news fired at bitcoin, it has remained extremely resilient. With prices already surging over 450% this year to above $5300, further gains could be on the cards as  extremely bullish momentum encourages investors to speculate on even grander gains.

The aggressive price action Sterling displayed on Thursday, continues to highlight how increasingly sensitive the currency has become to Brexit negotiations.

Earlier on Thursday, the British Pound was under extreme selling pressure after Michel Barnier said talks around Britain’s exit from the European Union, were at a “disturbing deadlock”.  Sterling later clawed back earlier losses, after a report in Germany’s Handelsblatt newspaper said that the United Kingdom could be offered a two-year transitional Brexit deal.

This could be a wild final trading quarter for the British pound, especially when considering how the currency has become increasingly sensitive to both monetary policy speculation and Brexit negotiations. Taking a look at the technical picture, the GBPUSD still remains pressured on the daily charts below 1.3300. A failure for bulls to break above this level, may encourage a decline back towards 1.3150. In an alternative scenario, a classic breakout above 1.3300 should trigger a further incline towards 1.3380. 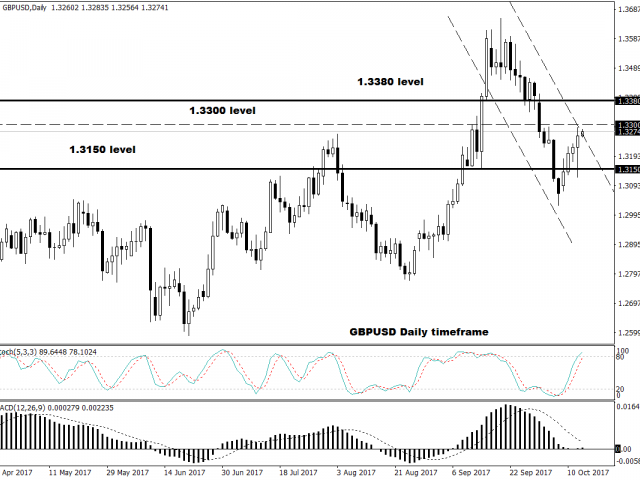 Dollar lower ahead of CPI

The dollar edged lower against a basket of major currencies during early trading on Friday, as investors awaited U.S inflation data, which could mould expectations on when the Fed plans to raise rates again this year.

This has been a painful trading week for the dollar, as fading hopes on Trump’s tax plan and mixed Federal Reserve meeting minutes, weighed heavily on the currency. While September’s meeting minutes revealed that a December interest rate hike was on the table, policymakers remained divided over the inflation outlook in the U.S. Although expectations remain elevated over the Federal Reserve raising US interest rates in December- with markets pricing in an 88% probability, the outlook for rate hikes in 2018 is open to debate.

Investors should also pay close attention to Trump’s choice of Fed chair. If Trump selects a dovish Chair to replace Janet Yellen, this could weigh on the prospects of higher US interest rates in 2018, consequently pressuring the dollar.

From a technical standpoint, the Dollar Index is under pressure on the daily charts. Sustained weakness below 93.00 may open a path towards 92.50.

The Euro enjoyed a relief rally this week, as tensions eased in Spain after Catalonia suspended its declaration of independence.

While the EURUSD could edge higher in the short term amid the optimism, gains are likely to be limited if investor jitters make a comeback. With Spanish Prime Minister Mariono Rajoy giving Catalonia five days to declare independence - or back down, the clock is ticking. If Carles Puigemont declares independence, then Madrid may try to seize control of Catalonia by invoking Article 155 of the Spanish Constitution. The uncertainty created by such developments is likely to punish the Euro and heighten concerns over political instability in Europe.

Focusing on the technical outlook, EURUSD has found itself in a wide range on the weekly timeframe, with support at 1.1680 and resistance found at 1.2000. Technical traders will be closely observing how prices react to the 1.1850 level - a pivotal point on the daily timeframe. A breakout above this level may open a path towards 1.1920. In an alternative scenario, sustained weakness below 1.1850 could encourage a decline towards 1.1730. 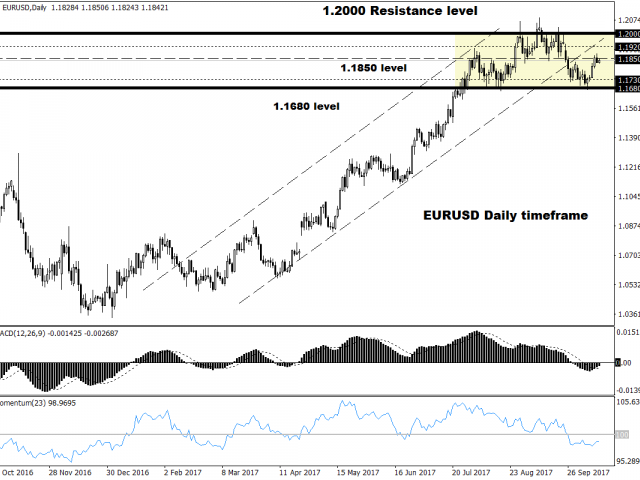