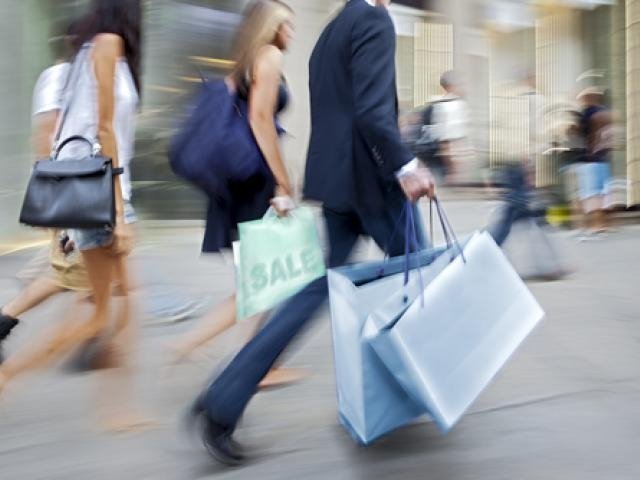 U.K retail sales slumped -0.8% in September, dragging the annualized figure lower to 1.2%, as rising inflation and subdued wage growth sapped consumers’ spending power. With wage growth still struggling to keep up with inflation and squeezing incomes, concerns are likely to mount further, over the longevity of Britain’s consumer-driven economic growth.

It has been another painful trading week for Sterling; sentiment was driven by an unpalatable cocktail of soft economic fundamentals, dovish comments from some BoE officials and Brexit uncertainty. With inflation jumping to a five and a half year high in September, wage growth remaining subdued and retail sales disappointing - is this really the right environment to raise interest rates?

There is a growing suspicion that the central bank will implement a dovish rate hike in November to contain inflation. With the current economic landscape looking bleak and Brexit uncertainty still weighing on sentiment, the rate hike that markets are heavily anticipating next month, may be a “once-off”.

From a technical standpoint, the GBPUSD is coming under increasing pressure on the daily charts. A breakdown below 1.3150 should encourage a further decline lower towards 1.3050. 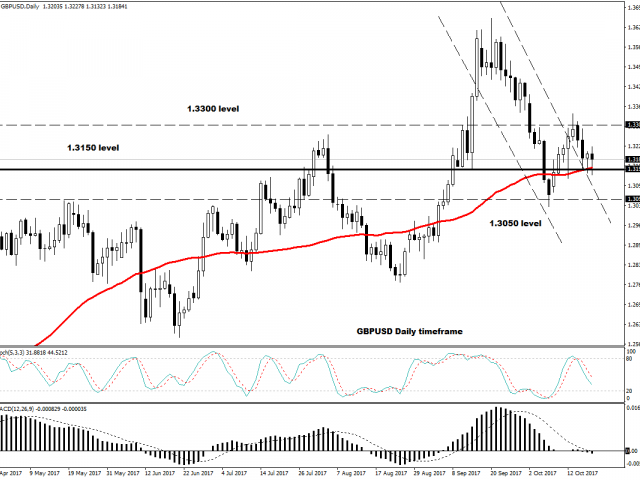 Spain to trigger Article 155 on Saturday

The Euro was surprisingly resilient during Thursday’s trading session, despite reports of Spain proceeding with suspending Catalonia’s political autonomy on Saturday.

Catalan leader Carles Puigdemont, was given until 09:00 BST today to declare his intention to pursue independence, following the referendum on 1 October. With his response in the form of a letter to Spanish Prime Minister Mariano Rajoy, threating to declare independence if no talks were offered, the Spanish government responded by arranging a special Cabinet meeting on Saturday, where they intend to enact Article 155.

I believe the Euro still remains vulnerable to heavy losses, as the political drama in Spain will spark concern over political instability in Europe. With uncertainty potentially mounting after Spain’s government triggers Article 155 this weekend, the Euro remains exposed to downside risks. Investors should keep in mind that although the Catalan drama is limited to Spain, it could still spark fears over the rise of other separatist movements in Europe. Such a situation is likely to threaten the stability of the European Union.

Taking a look at the technical picture, the EURUSD has rebounded back towards 1.1850. A failure for prices to break and secure a daily close above this level, may open a path back towards 1.1730. In an alternative scenario, a breakout above 1.1850 could open a path towards 1.1920. 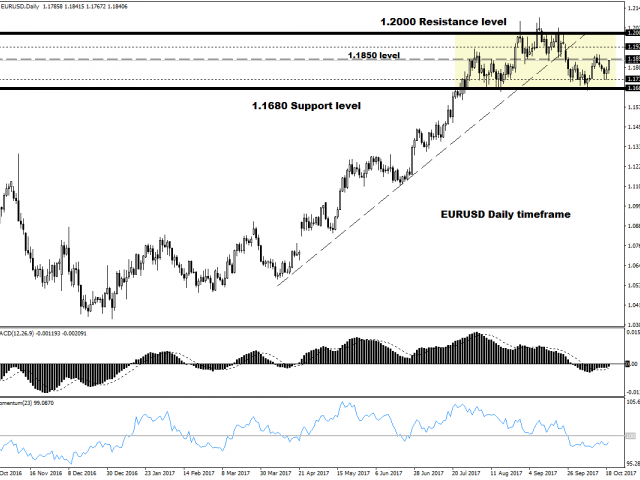 The sharp decline witnessed on WTI Crude today, may suggest that bulls are displaying early signs of exhaustion.

Although there are heightened geopolitical tensions between the United States and Iran over the Joint Comprehensive Plan of Action (JCPOA) and ongoing conflicts in Iraq, optimism over global demand for oil increasing in 2017, have supported oil markets - the question is, for how long? Investors should keep in mind that OPEC’s production rose 32.7 million in September, which was the second highest level this year. The increase in production, despite the cartel’s optimism and efforts to limit output, may call into question the effectiveness of the production cuts.

Much attention should be directed to how OPEC deals with rising production from Nigeria and Libya. With increased output from these two suppliers potentially disrupting the efforts made by the rest of the group to tackle the oversupply woes, OPEC may request that they also cut production.

From a technical standpoint, WTI Crude is at risk of depreciating further, if bears can conquer $51. A breakdown below this level may encourage a further decline back towards the $50 level.