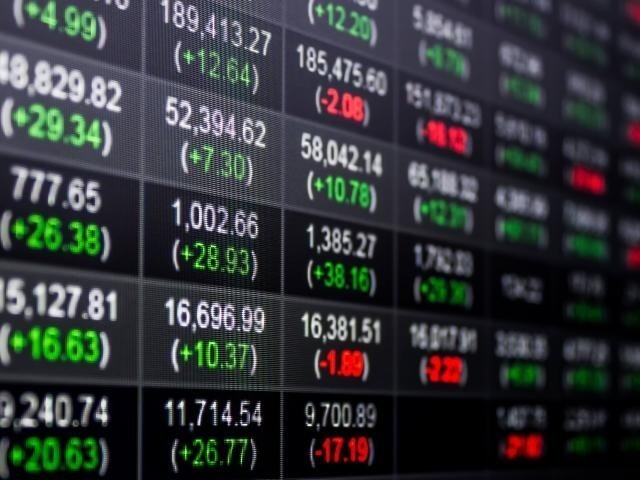 USD bulls were somewhat positive today after the recent FOMC meeting minutes were released, they once again showed that the FED was positive with the economy, describing the growth as at a "solid rate". This will be positive news for people expecting a December rate hike, and it seems all but priced in now that it will happen. Further positive news is expected in the long run though as the US economy charges into the Christmas season which is generally always a strong period of economic growth from a seasonal perspective. US ADP employment figures ( a precursor to NFP) showed the labour market expanding by 235K jobs (200k exp), which is positive on the previous readings and many will be expecting a strong figure on Friday. To further top this off the Tax bill is set to hit the floor tomorrow in congress adding further weight for the USD bullish push, the question will be if that derails the good times or enhances them further. That one is a little too early to tell, but markets thus far are positive. 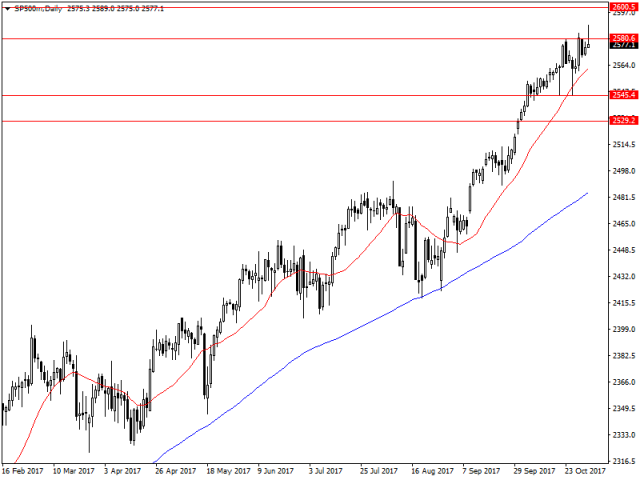 The standout one to watch though for me will be the S&P 500 which is looking dangerously bullish at present. I touched on it yesterday at the end of my article about the potential for it to go higher and today it certainly had a decent go as it pushed above resistance at 2580. However, the bulls were unlucky to crack through, as PMI data was a little weaker letting the bears claw back into the market and hold the current level. Expectations of pushing higher though are still very much on the cards with the tax bill coming into play tomorrow and we could see the jump to the psychological level at 2600. In the even we don't see the extension the market is looking for and we dip lower, then the 20 day moving average is likely to act as dynamic support. If we do see a sharp drop in the economic data then 2545 is likely to be the line in the sand markets are looking for when it  comes to support.

The pound is coming firmly back into focus after the recent data, and the politics at play. Further movements internally in the UK have caused labour to look to showcase the studies done on the UK by the treasury regarding Brexit. In the event this does come to light then it could be quite damaging for the pound. No one is sure what will be revealed, but in all instances it's probably not ideal as the government would have pushed it to the public if it was positive. 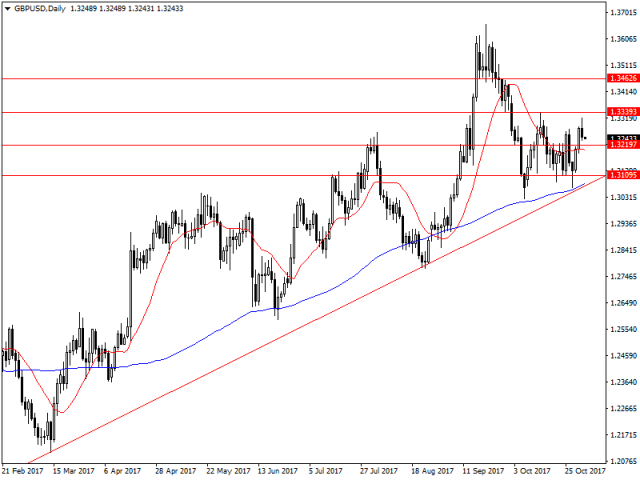 GBPUSD traders have faltered going any higher than 1.3339 as the market continues to show stiff resistance and the USD has been up somewhat. Expectations of a further drop now seem slightly more realistic and a trend back down to 1.3219 and potentially the 100 day moving average looks like a strong case going forward. I do feel though that consolidation however could be something the market is looking for as it remains very uncertain about Brexit and the white papers produced.