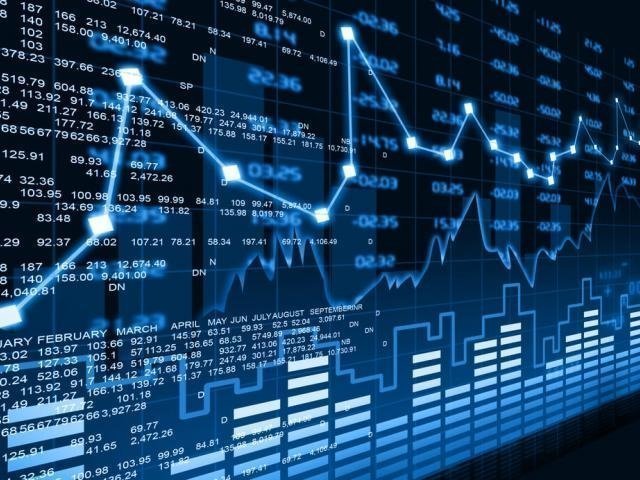 It's rate day for the Reserve Bank of New Zealand (RBNZ) and as expected the official cash rate (OCR) was held at 1.75%. Markets had not expected any change as the RBNZ continues to look at the impact of a change in government and inflation starting to taper off. One thing was very clear from the RBNZ though, was that the current drops for the NZD were a positive for the economy, and they thought they equated to "fair value". I'm a little sceptical that is the case at this stage, but the 60 cent range has been traditionally where it's been the most well placed. However, global markets in recent years have pushed the NZD much higher than this, as it is a favourite, so in the long term I can only see potential gains rather than lower lows. So even with the NZD falling, commodity prices will also be in focus as the recent global dairy auction was weaker than expected. If we do see a continuing trend in primary industry commodities suffering on the markets then this could put pressure on the economy and the revamped RBNZ. 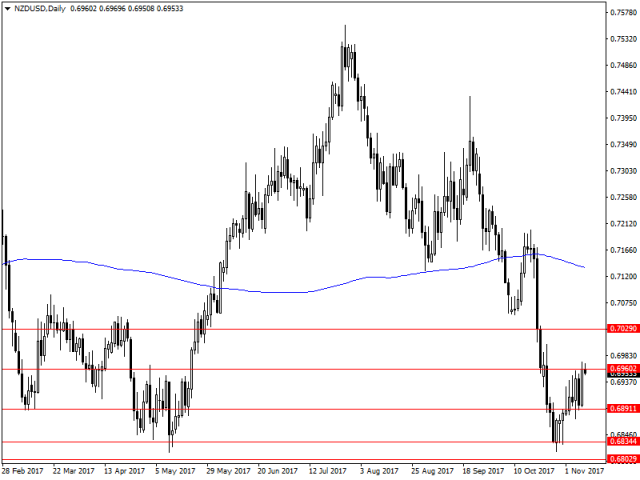 NZDUSD  traders have jumped on the news of "fair value" by pushing the NZDUSD higher. Something I imagine the RBNZ would not have enjoyed. However, the jump higher has hit stiff resistance at 0.6960 and there is potential for it to jump even higher to 0.7029. I don't think it has the legs though to push through the 70 cent barrier just yet unless we see weakness in the USD, and tomorrows Tax policy is likely to come out and be a boom for the USD I feel. In the event that the NZDUSD does continue the downward trend, support can be found at 0.6891 and 0.6834, with even further potential found at the current key level of 0.6800. Thus far NZDUSD traders have had great volatility and it looks set to continue, but the real question will be for how much further can it continue.

US markets will be eyeing up the tax bill tomorrow I mentioned above and some of the expectations are quite large. So far many are expected the tax bill to incur a 1.7 trillion dollar deficit over 10 years, however, others are arguing it will make up for it with economic growth. It's far too early to tell, but the USD would not be the largest benefactor I believe, instead it would most likely fall on equity markets. 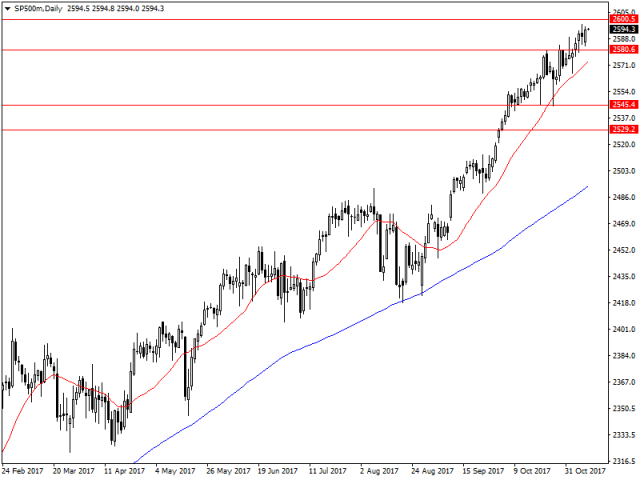 The S&P 500 continues to rise and is closing in on the 2600 mark at a rapid pace. Tomorrows tax bill may be the key to push it to this level I've discussed so much. Although lacking in volatility this slow march has been hard to stop and the new potential resistance level is something markets are eyeing up quite happily. When looking for a key level of support here I would be focused on the 20 day moving average which the market has been touching happily when it finds some bearish sentiment in the market.