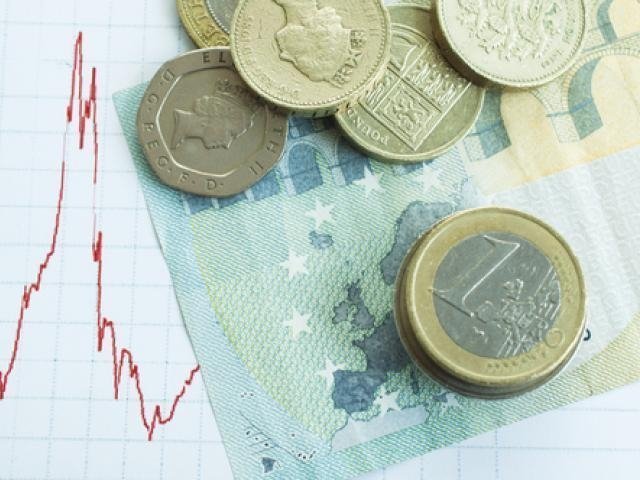 Sterling was under immediate selling pressure against the Dollar and most other major counterparts on Tuesday morning, after UK inflation unexpectedly held steady in October.

Consumer price inflation stagnated in October, coming in at 3.0% as cheaper fuel offset the rising cost of food. While today’s steady CPI release is a breath of fresh air to the Bank of England, it must be kept in mind that consumers are still feeling the pinch because inflation remains at a five year high.  While BoE Governor Mark Carney has yet again narrowly avoided having to pen out an open letter to the Chancellor, explaining why inflation is more than 1% above target, the question is for how long?

With the trajectory of the British Pound tilted to the downside amid mounting political risk and ongoing Brexit uncertainty, Carney and Co could receive an unpleasant surprise in the form of rising inflation before year end. The Pound’s woes are likely to be compounded by the ever fading prospects of higher UK interest rates which should be seen as another reason for bears remain in the vicinity.

Taking a look at the technical picture, the GBPUSD depreciated towards 1.3075 following the inflation report, before recovering back towards 1.3100. Technical lagging indicators such as the MACD and 50 Simple Moving Average reinforce the bearish daily outlook on the pair. Bears need to secure a daily close below 1.3050 which may encourage a further decline towards 1.3000 and 1.2960, respectively. Alternatively, a technical bounce towards the 1.3150 resistance level, could present a fresh opportunity for sellers to jump back to target 1.3050 and 1.3000, respectively. 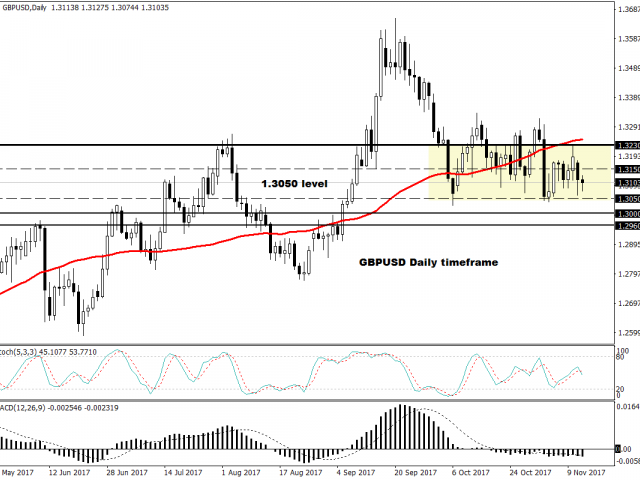 Will we see fireworks across financial markets today, as the world’s major central bank heavyweights make their way to the Central Bank Communications Conference in Frankfurt?

With Janet Yellen, Mark Carney, Mario Draghi, and Haruhiko Kuroda, all in the limelight, investors will be alert and are likely to closely scrutinize their speeches for clues on monetary policy. Any surprises or fresh insights from any of the top central bankers, could spark volatility in the currency markets.

The Euro roared back to life on Tuesday after positive economic data from Germany boosted sentiment towards the European economy and stimulated investor appetite for the Euro.

With short-term bulls inspired by rising expectations over economic growth in Europe remaining strong, further upside may be on the cards. Taking a look at the technical picture, the EURUSD still remains somewhat bearish on the daily charts. Although prices have broken above the 1.1730 level, buyers need to secure a close back above the 50 Simple Moving average to threaten the current daily bearish setup. A daily close above 1.1730 could open a path towards the 1.1850 resistance level which could result in the EURUSD finding itself back within a range. For bulls to be truly back into the game the 1.1850 level needs to be thoroughly conquered on the daily and weekly timeframe. 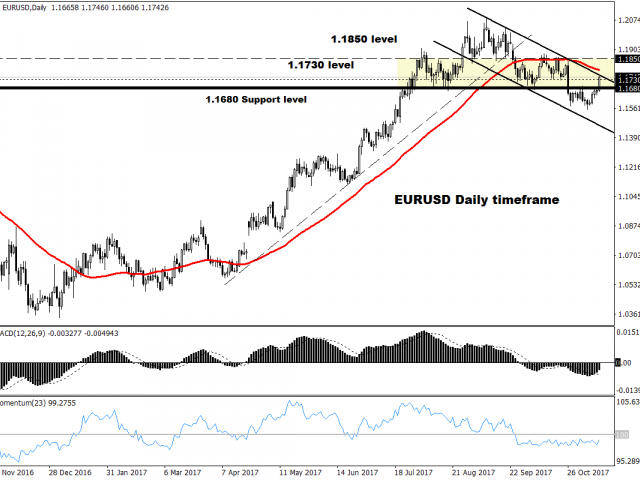