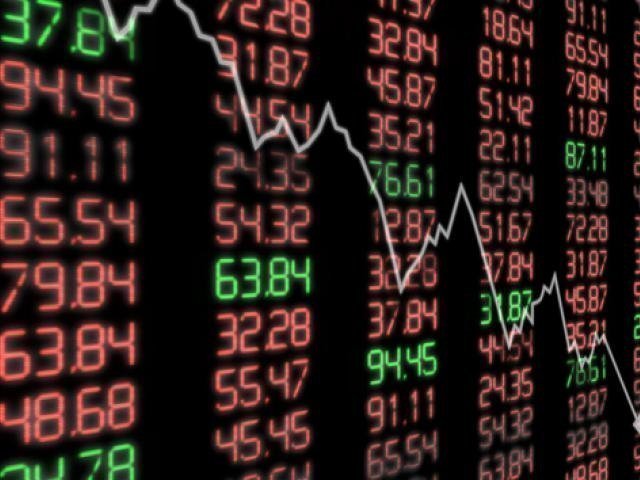 A negative vibe was felt across financial markets during Tuesday’s trading session, as the combination of tumbling oil prices and growing uncertainty over the outlook of the proposed U.S tax reforms affected risk sentiment. World stocks were under noticeable selling pressure yesterday, thanks to the absence of risk appetite, with investors now questioning the sustainability of the over-extended market rally.

An air of caution has already infiltrated Asian markets this morning, with Asia Pacific equities in the red territory, following Wall Street’s overnight decline. European stocks concluded Tuesday in a depressed fashion and may extend losses this morning amid, the lack of risk appetite.

The main risk event for the British Pound this morning will be September’s U.K labour market report, which is widely expected to paint a similar picture to August’s – record low unemployment, with a dash of subdued wage growth.

Although Britain’s unemployment rate is at a 42-year low, the buzzkill remains, that little sign of rising pay growth continues to weigh heavily on sentiment. If average earnings struggle to pick up, consumers are likely to continue feeling the squeeze, especially when considering how inflation remains at a five-and-a-half year high, at 3%.

Sterling appreciated against the Dollar on Tuesday, but this has nothing to do with a change of sentiment towards the Pound; it is simply Dollar weakness. A disappointing U.K jobs report may inspire bears with enough inspiration to drag the GBPUSD back below 1.3150. From a technical standpoint, sustained weakness below the 1.3150 resistance level may encourage a further decline back towards 1.3050 and 1.3000, respectively.  The daily bearish setup is a threat if bulls are able to break back above 1.3230.

This is shaping up to be a painful trading day for the Dollar, as ongoing uncertainty over the proposed tax reforms weighs heavily on the currency.

The fact that the Dollar sharply depreciated on Tuesday, as growing concerns that U.S corporate tax cuts could be delayed, continues to highlight its sensitivity to expectations of proposed U.S tax reforms. Dollar bulls are currently lacking the inspiration to make a move, but could be motivated this afternoon, if U.S consumer inflation and retail sales data exceed market expectations. A rise in inflation and retail sales is likely to boost sentiment towards the U.S economy. ultimately supporting the Dollar.

Taking a look at the technical picture, the Dollar Index took a beating on Tuesday, as price tumbled towards 93.80. Sustained weakness below the 94.00 support level may encourage a further decline towards 93.50. In an alternative scenario, bulls need to push prices back above 94.50 to jump back into the game.

Gold received a boost on Tuesday, thanks to a vulnerable U.S Dollar and depressed stock markets. With caution in the air as uncertainty lingers over the outlook for U.S tax reforms, investors may turn to safe-haven assets, which in turn should offer some support to Gold. From a technical standpoint, prices have broken above the $1280 resistance level. If bulls can maintain control above this level, then the next levels of interest will be at $1289 and $1300. Alternatively, a failure for bulls to secure control above $1280 may trigger a decline back towards $1267. 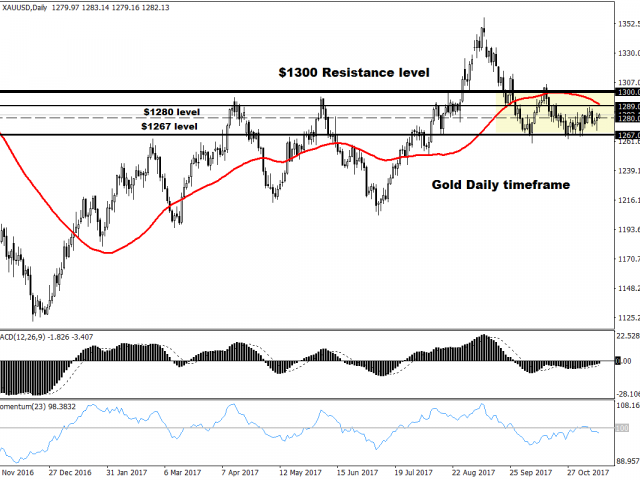