Sterling, WTI, and Gold in focus 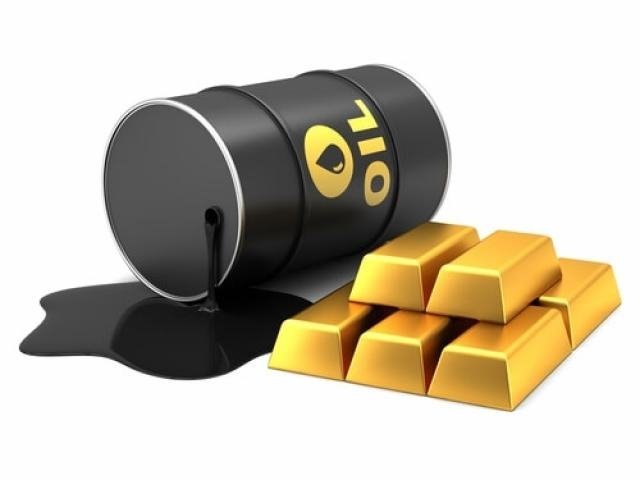 Sterling modestly appreciated on Thursday morning, after U.K retail sales rose by 0.3% MoM in October – a figure above market expectations. However, retail sales declined by -0.3% when compared to a year ago which was the first annual fall since 2013. With the report potentially fanning concerns over the health of the U.K consumer and sustainability of Britain’s consumer driven economic growth, Sterling’s upside may be limited. The bearish sentiment towards the British Pound remains intact, as the growing uncertainty over Brexit talks and political risk at home, weigh heavily on the currency.

Sterling edged higher following the retail sales report, with prices trading around 1.3190 as of writing. From a technical perspective, it is all about the 1.3150 level which could act as support or resistance. Sustained weakness below 1.3150 may encourage a decline towards 1.3050 and 1.3000. Alternatively, an intraday breakout above 1.3230 may open a path back towards 1.3300. 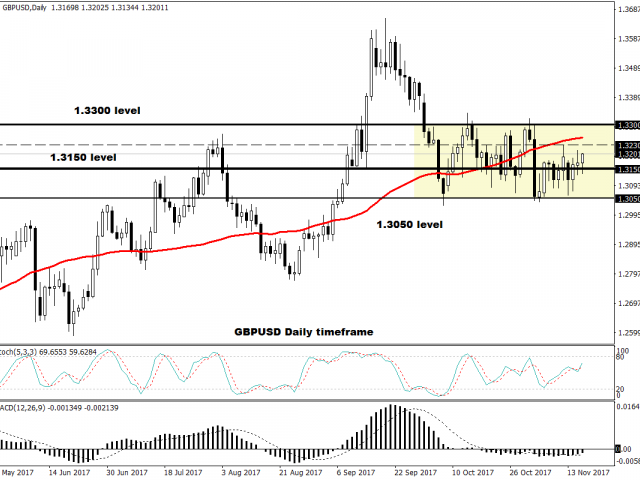 The damage created from the IEA’s downbeat outlook for oil demand, can still be seen in the commodity’s price action while Wednesday’s EIA report has market players pondering over how OPEC deals with rising production of U.S Shale. Much attention will be directed towards the OPEC meeting on November 30th which could play a role in where the commodity concludes this year. While an extension to the OPEC production cut deal may support oil markets, the question is for how long? With OPEC already forecasting slower growth in demand for its crude and predicting that U.S Shale output will grow faster than expected in the next four years, “extraordinary measures” may be truly needed to rebalance markets.

Taking a look at the technical picture, the sharp depreciation witnessed on Wednesday, has brought WTI bears back into the game. Sustained weakness below the $55 level may encourage a further decline towards $54.10.

Gold found itself on a rollercoaster ride this week as the fierce battle between bulls and bears raged on.

The yellow metal jumped to a three week high at $1289 during Wednesday’s trading session, before tumbling lower after upbeat U.S data reinforced expectations of a US rate hike in December. While a touch of investor caution and ongoing concerns over delays in U.S tax reforms continues to inspire Gold bulls, bears have been fueled by rising expectations of higher US interest rates. Price action suggests that the metal is stuck in a sticky range, with a catalyst needed for the next big move. Looking at the technical picture, $1280 continues to act as a pivotal level. Sustained weakness below $1280, may encourage a further decline towards $1267. Alternatively, a daily close above $1280 is likely to inspire bulls to challenge $1289 and $1300 respectively. 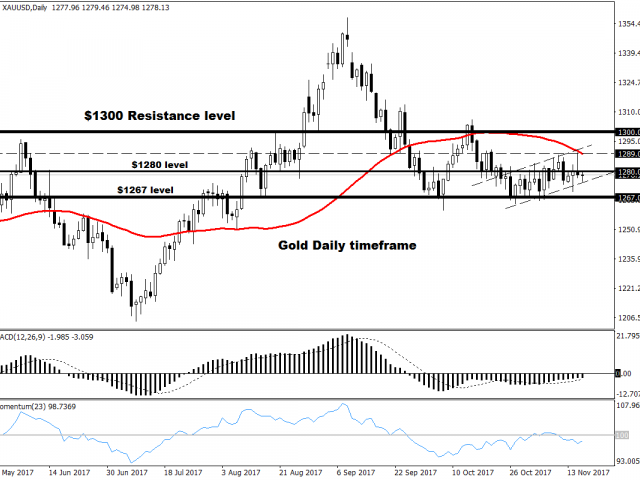