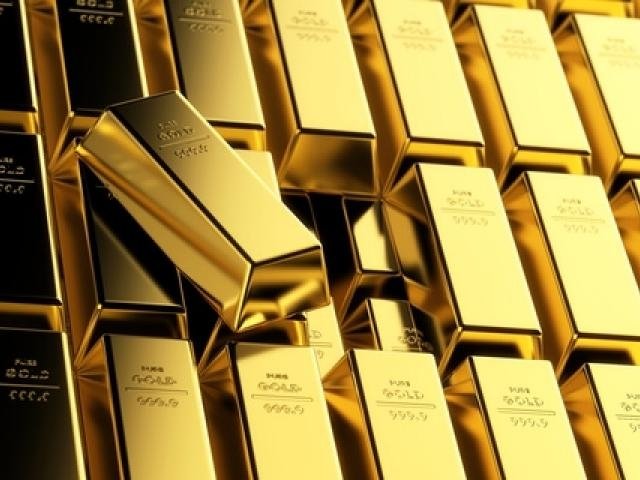 Gold concluded last week with style, as prices punched to monthly high above $1295 amid a vulnerable US Dollar.

Lingering uncertainty over US tax reforms has bruised the Greenback, while reports that U.S Special Counsel Robert Mueller had subpoenaed Donald Trump’s election campaign rubbed salt on the wound. With a fresh serving of political uncertainty in Europe potentially stimulating investor appetite for safe-haven assets, Gold bulls could be offered some support.

Taking a look at the technical picture today, the yellow metal seems to be in the process of a technical correction on the daily charts. Prices have retreated back towards $1289 which could act as a dynamic support. As long gold can keep above $1280, the daily bullish setup remains in play, with $1300 acting as a level of interest. Alternatively, a breakdown below $1280 could trigger a selloff towards $1267. 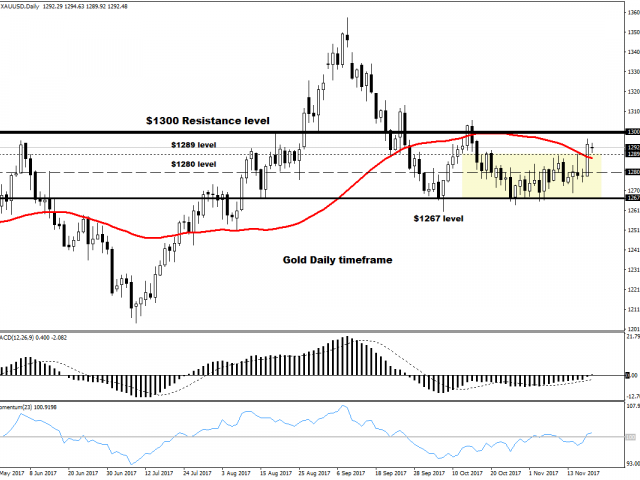 King Dollar struggled to hold ground against a basket of currencies on Monday, on the back of concerns over U.S tax reforms. Although expectations remain elevated over the Federal Reserve raising US rates in December, the uncertainty continues to punish the Dollar short term. Price action continues to suggest that bears are in control, with further downside on the cards if the Index breaks below 93.40. From a technical standpoint, lagging indicators such as the MACD and 20 Simple Moving Average suggest further downside. Sustained under below 94.00, followed by a decisive break down below 93.40 may encourage a selloff towards 94.00.

The USDJPY was under extreme selling pressure last week Friday as prices tumbled towards the 112.00 support level. A vulnerable US Dollar was the culprit behind the heavy selloff which turned prices bearish on the daily charts. Technical traders will be paying attention to see if the 112.00 is breached which is likely to encourage a steeper selloff towards 111.40 and 110.90, respectively. Bears remain in firm control below the 113.20 resistance level. 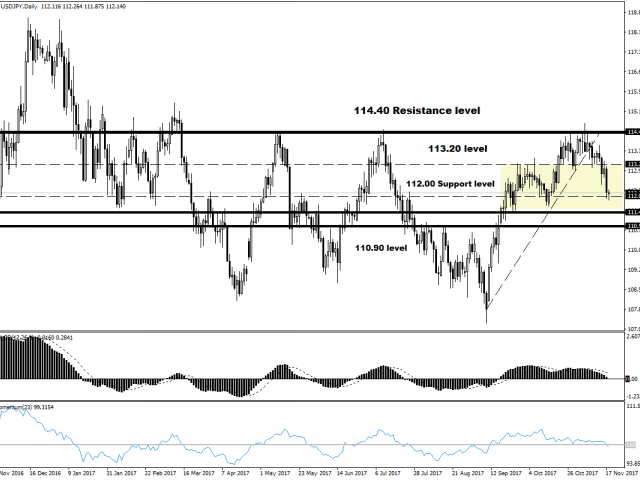 The EURJPY remains another battleground for bulls and bears and prices remain trapped in a wide range. There is support at 131.50 while resistance can be found at 134.50. Prices seem to be searching for a catalyst to make a move and it will be interesting to see what form it comes in. Technically a breakdown below the 131.50 support may trigger a further decline towards 130.50. Alternatively, a break back above the 133.00 pivotal level could open a path back towards 134.50. 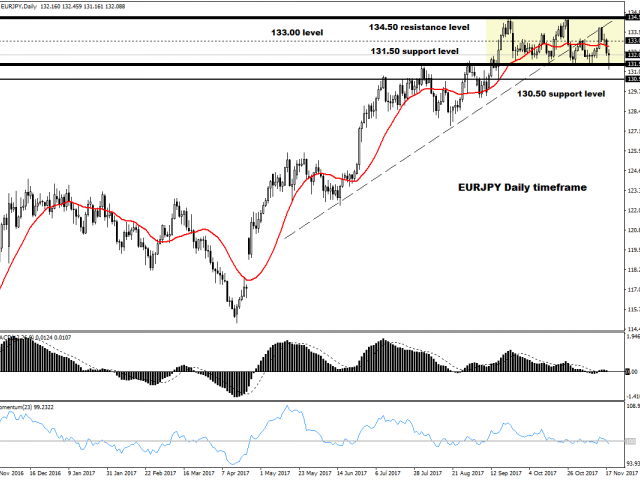