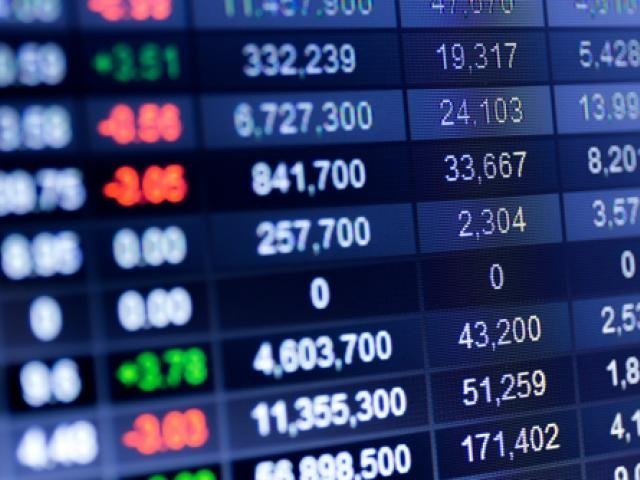 Consumer confidence was the star of the show today as it came in with its strongest reading since 2000. The reading of 129.5 (124 exp), is one of the strongest readings we've seen to date, and the markets were quick to reward with a jump in US equity markets sharply higher. As a result 1 year inflation expectations have also increased which will be positive news for the FED and also put heat back on the possibility of further rate rises in the future. One small bit to take away from it all though is that rises like this while fantastic generally have a peak point where we can see economic greed take over and things become a little riskier - however the market continues to expand so this is increasingly positive. The market was also further bolstered by Powell's comments today that the US labour market is not at capacity despite some indicators pointing to that being the case. The FED believes that the unemployment rate will dip under 4% in the current environment, which would be unprecedented for the USA. 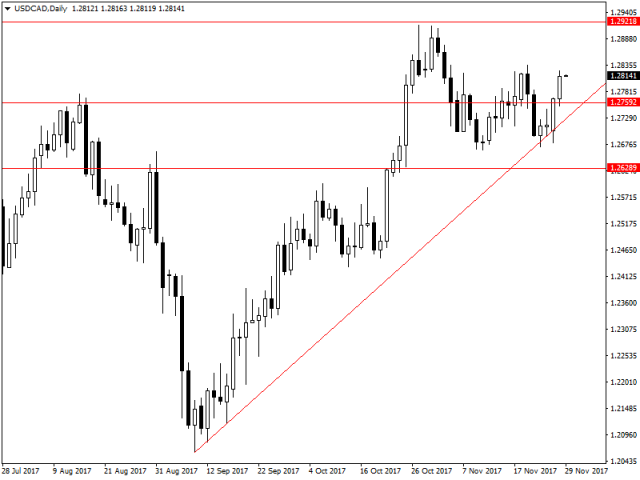 For me one of the key areas where the USD strength has been shining through thus far has been the USDCAD, which saw some brief sideways movement but continues to look threatening for the bulls. A previous trend line has been quite bullish as well and came under pressure before markets pushed back above it. With support being tested at 1.2759 the USDCAD looks like it could potentially be climbing higher and Yellen tomorrow could spark it higher if she is positive about the US economy which has been tracking nicely - add to that the US tax bill and things could easily be bullish. Resistance levels can be found at 1.2921 and 1.3022 and are likely to be tested as the USDCAD rises on the charts.

Pound traders had a rollercoaster today on the back of news that a deal had been struck relating to the number for Brexit. Obviously, the market is keen to hear progress and after falling sharply early in the day it was quick to rally back up into the 1.33 area. The market will be keen to see if further progress is now made around trade, but that could certainly be a wait and see. If we do see progress then  expect further rallies as the market is keen to find some direction after consolidation and drifting sideways. 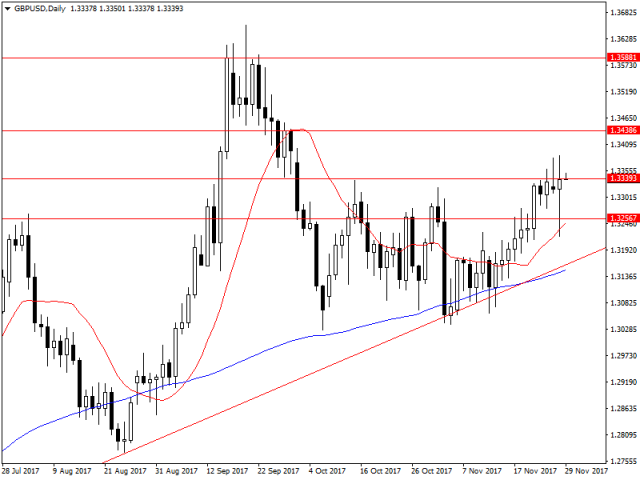 On the charts the GBPUSD has lifted higher, and it is starting to look like it may even threaten the 1.3438 resistance area if we see further positive news. With even further potential possible at 1.3588, which has so far been a very strong level. The 20 day moving average has also been respected as of late and could act as dynamic support as well as levels at 1.3339 and 1.3256 in the current market. Either way the GBPUSD is going to be a major mover in the coming weeks if we do see the government pull its weight.