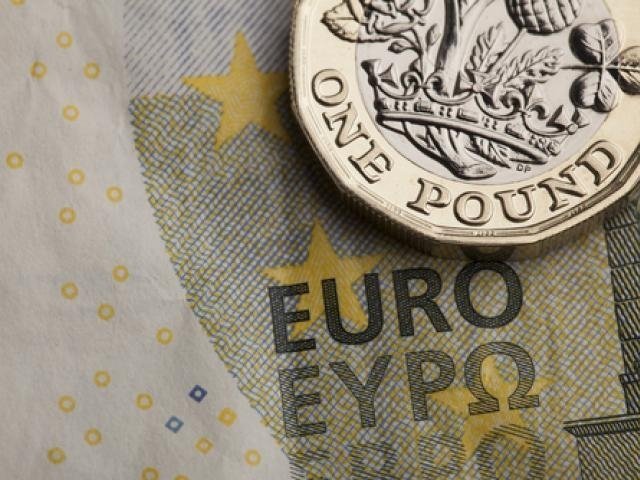 Although inflation in the United Kingdom has jumped to its highest level in almost six years, it seems that the growing uncertainty over Brexit is likely to encourage the central bank to adopt a wait and see approach moving forward. While the Monetary Policy Committee maintained the view that “further modest increases” in the key rate may be needed in the coming years, Sterling’s muted price action suggest this has fallen on deaf ears.

The GBPUSD appreciated during Thursday’s trading session on the back of a vulnerable US Dollar. With political risk in the United Kingdom and Brexit uncertainty still weighing on the Pound, the current upside may be limited. Technical traders will continue to observe how prices react below the 1.3520 region. Weakness under 1.3380 could encourage a decline back towards 1.3300. 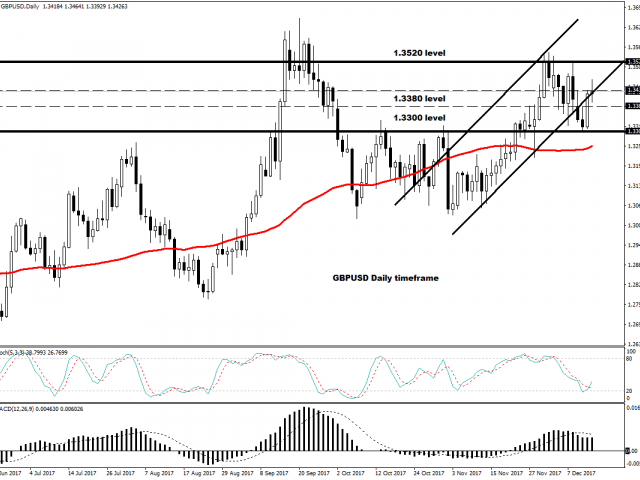 The Euro edged higher on Thursday after the European Central Bank kept rates on hold in December.

With the central bank halving its monthly asset purchases back in October to €30 billion from €60 billion, it was widely expected that monetary policy would remain unchanged today. Much attention will be directed towards Mario Draghi’s press conference which could heavily impact the Euro. Although Europe’s steadily improving macro fundamentals could continue stimulating buying sentiment towards the Euro, a cautious sounding Draghi today has the ability to punish the currency.

It is interesting how the Dollar sharply depreciated against a basket of major currencies during late trading on Wednesday, despite the Federal Reserve raising US interest rates by 25 basis points.

Although the central bank expressed optimism over the US economy by projecting GDP to grow 2.5% in 2018 from the 2.1% forecast in September, this simply failed to offer any support to the Dollar. With policymakers expressing concerns over stubbornly low levels of inflation, investors are likely to deeply ponder how this could impact the central bank’s ability to raise US interest rates three times in 2018.

Taking a look at the technical picture, the Dollar Index was under extreme selling pressure on the daily charts following December’s dovish rate hike. Sustained weakness below 93.50 may encourage a further decline lower towards 93.20 and 90.00, respectively.

Gold sprinted to a weekly high above $1258 during Thursday’s trading session on the back of a vulnerable US Dollar.

Although the Federal Reserve raised US interest rates on Wednesday as widely expected, concerns over low inflation in the US stole the show ultimately punishing the Greenback. With markets questioning the central banks’ ability to raise rates three times next year amid inflation fears, Gold which is zero-yielding may receive further support.

From a technical standpoint, the yellow metal still remains somewhat pressured on the daily charts despite Wednesday’s impressive resurgence. A technical bounce is in the process with the next level of interest at $1267. Alternatively, a failure of prices to keep above $1250 may trigger a decline back towards $1230. 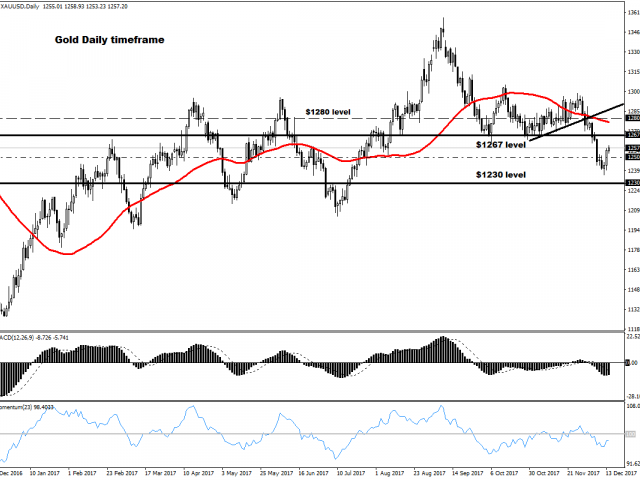 Is Bitcoin gearing up for another record?

This has been one of those rare trading weeks where Bitcoin bulls have taken the back seat with the cryptocurrency currently ranging below the $17000 region as of writing.

With the market chatter over Bitcoin intensifying by the day and investors still rushing from all directions to acquire a piece of the crypto pie, bulls have much ammunition to attack again next week. Technical traders will continue to closely observe how prices behave with the current range with a weekly close above $17000 opening the gates to further upside.

2017 has been an incredibly bullish and phenomenal trading year for Bitcoin which has appreciated roughly 1500% YTD which is mouth-watering to any investor. $20000 is already in sight and it will be interesting to see if Bitcoin is able to maintain the upside momentum next year.