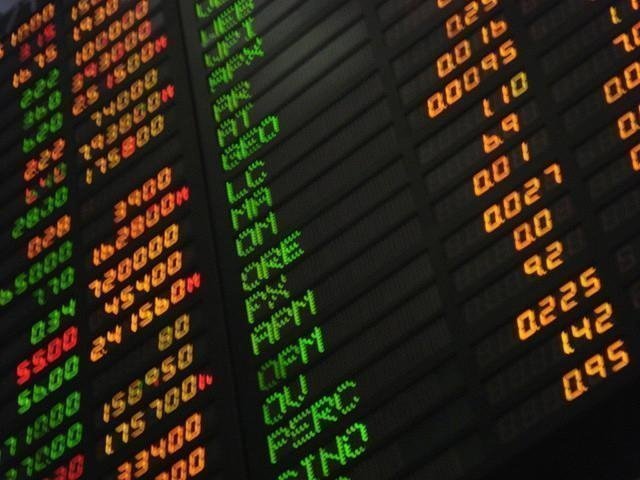 Oil has swung back into centre stage with it leaping higher, even with a strengthening USD today. This is a slight surprise given that US crude oil inventories won't be released until tomorrow, and in all likely hood they're expected to show a minor drawdown. The market though seems to be a firm believer that the days of the oil glut are long over and that constant drawdown's on US inventories are likely to continue to firm up oil prices in the coming year.  It's hard to argue with the position given that there genuinely seems to be success from OPECs strategy to limit production in an effort to bolster oil prices, and this will have a positive flow on effect to the various members who suffered heavily when prices dropped sharply. For now though given its success it's very much likely to stay and unlikely to change until we see OPEC agree on a target price to relax production cuts. 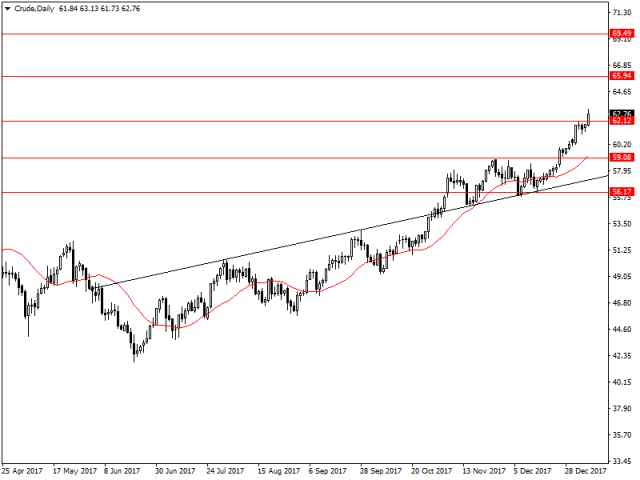 For oil bulls they've not been this high since 2015 and it's seeming like we may continue to see further highs in the long run. So far oil has pushed through resistance at 62.12 and is now looking to target key levels at 65.94 and 69.94 on the chart. Support levels are also looking quite strong as well with an added twist in that there is a trend line the market is looking to bounce off as well for dynamic support. But for now, the key focus seems to be on support at 59.08 and 56.17, both of which are looking very strong in the event of bearish pressure. The 20 day moving average is also worth watching as it has been able to beat off a lot of bearish pressure as of late, showing that technical's are very strong in the oil market still for commodity traders.

One of the more interesting other trades has been the AUDUSD which has so far swung lower at the present time. The market is expecting more positive news out of the Reserve Bank of Australia in the wake of a boom in commodities. However, I do believe that we would need to see strong figures out of retail sales to justify hawkish comments, as a weaker result is expected than the previous month. A stronger figure would square up nicely for the bulls, but it's unlikely we will see huge movements until we see those figures come through. 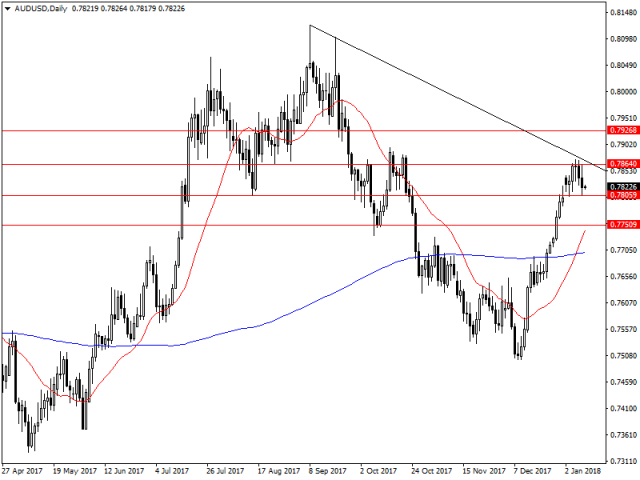 So far the AUDUSD has been held up by support at 0.7805 with the potential to move lower if we see further AUD weakness to 0.7750. Expectations are high though that given the recent bounce on support we could see a retest of the trend line and resistance at 0.7864. All in all though any further extension may struggle unless it can make a clean break through the trend line and close above it.