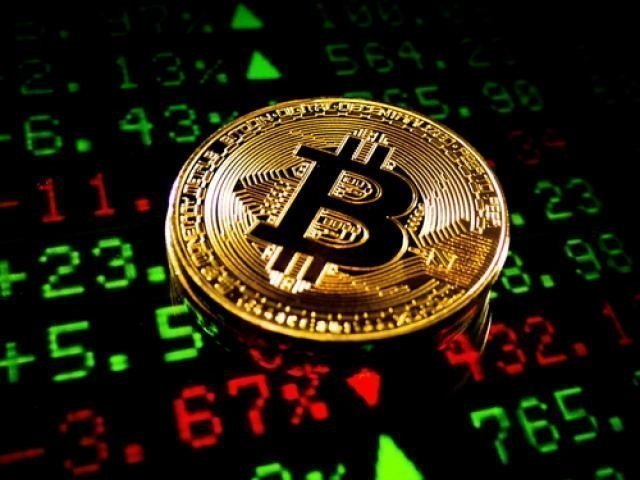 Bitcoin collapsed like a house of cards on Thursday with prices dipping below $13000, after South Korea announced its plan to ban cryptocurrency trading.

The selling pressure was compounded by recent comments from financial heavyweight Warren Buffet, warning that “cryptocurrencies will come to a bad end”. With Bitcoin entering the New Year struggling to fully regain its mojo and bulls simply nowhere to be found this week; could the party be coming to an end?

It is widely known that a candle flickers most violently just before burning out, could this be the story of Bitcoin and most cryptocurrencies this year? Time will tell.

Taking a look at the technical picture, Bitcoin is under noticeable pressure on the daily charts with prices struggling to keep above $13000 as of writing. Sustained weakness below this level may open a path back towards $12000 and $10000, respectively.

Oil prices have been undeniably bullish this week despite the lingering concerns over the current bull rally running out of steam. WTI Crude ventured to levels not seen since December 2014 at $64 during Thursday’s trading session, after sentiment was uplifted by an unexpected draw in U.S crude inventories in official data on Wednesday.

It is becoming clear that the combination of major supply disruptions, geopolitical risk and growing optimism over OPEC’s supply cuts rebalancing markets, are likely factors behind oils impressive resurgence. While further upside is still on the cards amid the current market optimism, it must be kept in mind that rising production from US Shale has the ability to expose oil to downside risks. Taking a look at the technical picture, WTI Crude is unquestionably bullish on the daily charts with a breakout above $64 opening a path towards $65.60.

Asian stock markets were mostly lower during early trading on Thursday following Wall Street’s decline overnight. In Europe, shares opened on a mixed note amid the caution and this sentiment could trickle back down into US stock markets later in the afternoon.

Gold edged slightly higher on Thursday with prices hovering around $1320 as of writing, thanks to a weakening Dollar.

With the Greenback somewhat shaky and still struggling to gain ground, Gold is likely to remain supported moving forward. Taking a look at the technical picture, the metal still fulfils the prerequisites of a bullish trend on the daily charts. There have been consistently higher highs and higher lows, while the MACD has crossed to the upside. Bulls remain in control above $1300 with a solid breakout and weekly close above $1320 opening a path towards $1333. 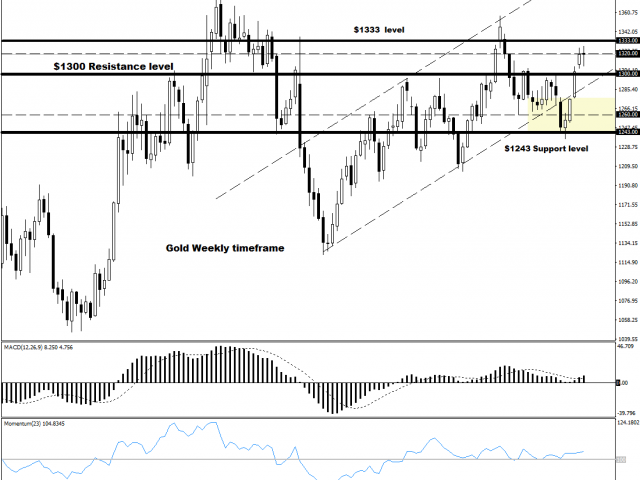