US dollar claws back some ground 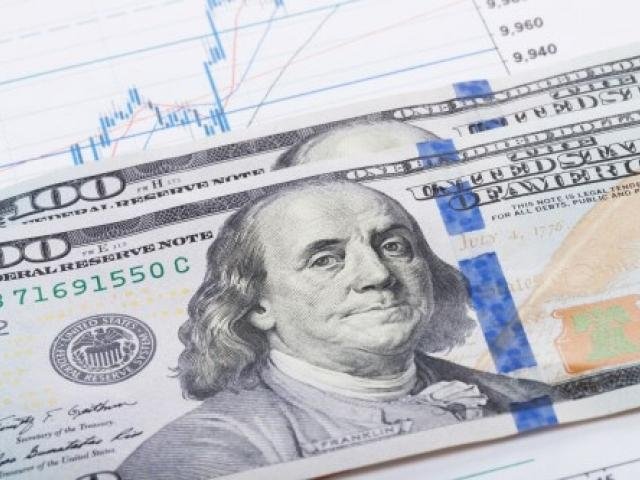 It's been a mixed day for the USD, but it has seen some respite from the relentless selling as of late. With Trump in Davos it has meant more positive than controversial from him, as he puts the gloss on with world leaders. However, economic data continued to be mixed and not necessarily positive, as US new home sales m/m dropped to 625K (675K exp) , this is a -9.3% drop on the previous month. So not positive at all. The big ray of light though, was that the US job market continues to thrive and tick over, with US jobless claims coming in at 233k (235K exp), showing that the labour market is still the major story when it comes to positivity. The consumer market though will be a key focus for the incoming chair Powell as any movements here are likely to have big impacts, but also could point to future inflation rates and the chance to lift rates higher, as 2018 is set to be the year of hikes I feel for the FED. 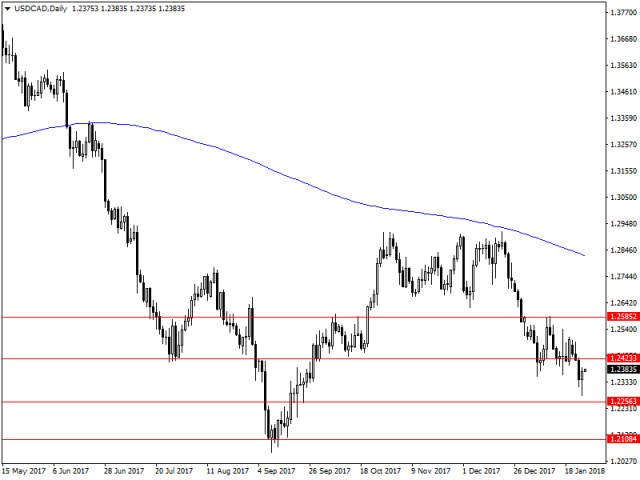 For me the USDCAD is still in the focus when it comes to bearish movements at present, the reason being that oil prices have risen higher and the USD continues to fall. All the while the Canadian economy is not doing so bad either on the back of stronger commodity prices. As a result the bears have been chipping away forcing it lower, and support at 1.2256 is likely to be in the cross hairs for traders drifting lower, followed by 1.2108. If the bulls do come back into the market then resistance levels at 1.2423 and 1.2585 are likely to come under some pressure. However, the recent market conditions have not warranted any serious bullish pullbacks as of late.

Meanwhile it could be more trouble in the United Kingdom, as news has come out that there might be further political revolting in Theresa Mays Tory party. This is not likely to topple the prime minister, but it does show the growing discontent within the party relating to current Brexit negotiations. The flow on effect for the pound of such events has been negative, with it taking some heat today and losing ground against the USD. It's likely that tomorrow will bring further news, but if none then the market is likely to focus on US GDP figures when it comes to moving the GBPUSD. 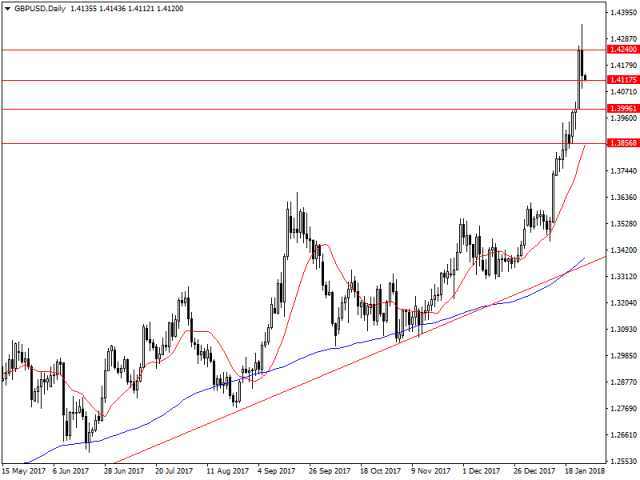 The GBPUSD though is currently caught on support at 1.4117 with the market looking to find some breathing space before continuing. I would expect the bulls to either take another big run, or the bears to take a firm hold and drive it back down from the recent volatility. Resistance can be found at 1.4240 and this will be the key level at present. Support levels can be found at 1.3996 and 1.3856 is the GBPUSD continues to find itself under bearish pressure.