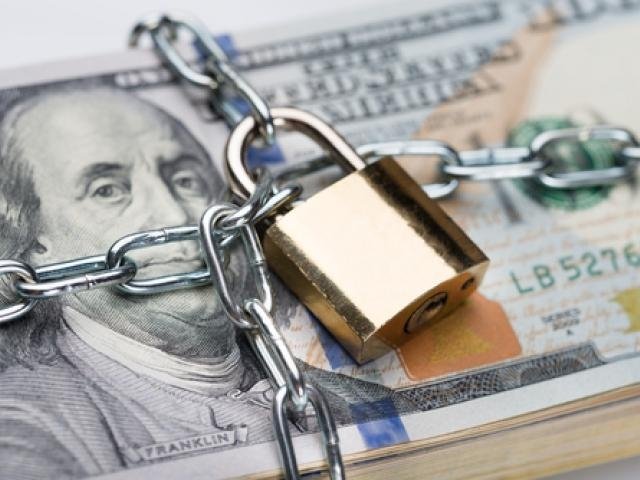 It’s remarkable how the Dollar remains depressed and unloved, despite the Federal Reserve expressing optimism over increased inflationary pressures as the year moves on.

Although the U.S. Federal Reserve left rates unchanged as expected in January, the relatively upbeat appraisal of the economy and rising inflation expectations offered a hawkish touch. The fact that the Dollar remains pressured following the hawkish Fed meeting, continues to suggest that other key fundamental drivers are impacting the currency. As Janet Yellen prepares to pass the baton of leadership to Jerome Powell, there are widespread discussions over how this will impact the Dollar, current monetary policy and the U.S. economy.

While it may be too early to predict how the FOMC under Powell’s leadership could impact the U.S. economy it obviously breeds uncertainty, resulting in a weaker Dollar. It must be kept in mind that there are many new Fed governors on board as well, and the new Fed Chair is a lawyer by practice, not an economist. Although the central bank may avoid obstacles further down the road by following the status quo, there could be some issues if the U.S. economy experiences unexpected shocks.

Other themes that continue to punish the Dollar revolve around political uncertainty in Washington and concerns over the United States’ stance on global trade. With the prospects of other major central banks gradually tightening monetary policy also adding to the mix and denting buying sentiment, further losses could be on the cards for the U.S. Dollar.

Taking a look at the technical picture, the Dollar Index remains heavily bearish on the daily charts. There have been consistently lower lows and lower highs, while the MACD trades to the downside. Sustained weakness below the 89.00 level may encourage a decline towards 88.50 and 88.00, respectively.

Sterling edged lower during Thursday’s trading session, after weaker-than-expected data from Britain’s manufacturing sector weighed on sentiment. The U.K’s manufacturing sector activity fell in January to 55.3, from 56.2 in December. This disappointing report is likely to instill bears with fresh inspiration to attack the British Pound.

Focusing on the technical outlook, the GBPUSD continues to find support in the form of Dollar weakness on the daily charts. A decisive breakout and daily close above 1.4230 could encourage an incline higher towards 1.4300. Alternatively, a failure of prices to keep above the 1.4230 may inspire a move back towards 1.4110 and 1.4000. 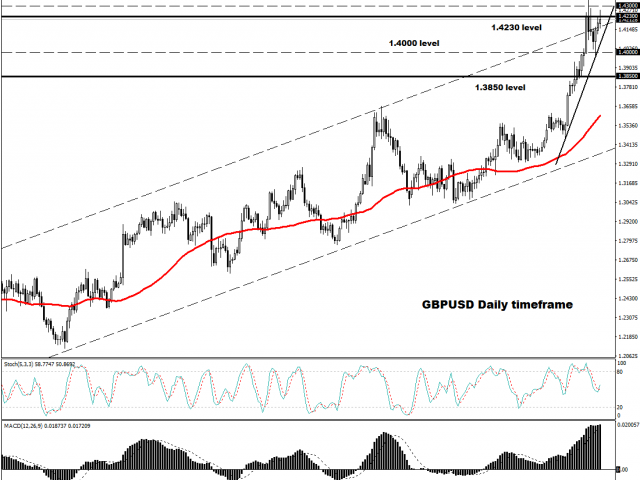 Gold found itself under noticeable selling pressure on Thursday, with prices dipping below $1340 after the Federal Reserve hinted of more rate hikes taking place this year.

While further losses could be witnessed in the short term, a vulnerable U.S. Dollar is likely to cushion the yellow metal’s downside. Gold remains bullish on the daily charts and is poised to venture higher, if the NFP report, that is due for release on Friday, fails to meet market expectations. From a technical perspective, Gold remains in the process of creating a new higher low.  Sustained weakness below $1335 may invite a decline back towards $1324.15. Alternatively, an intraday breakout above $1340 may open a path towards $1360. 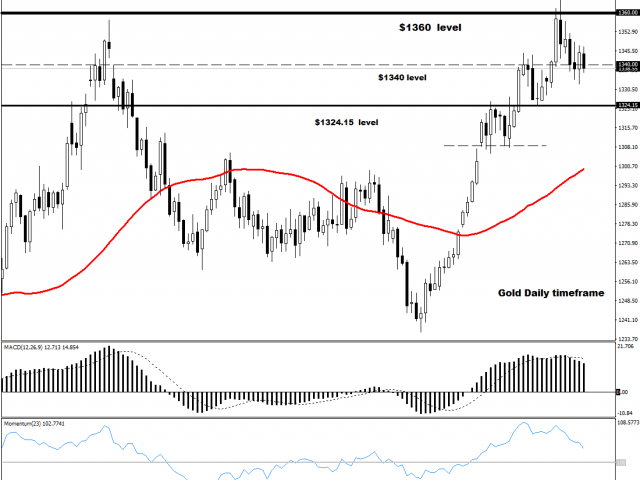