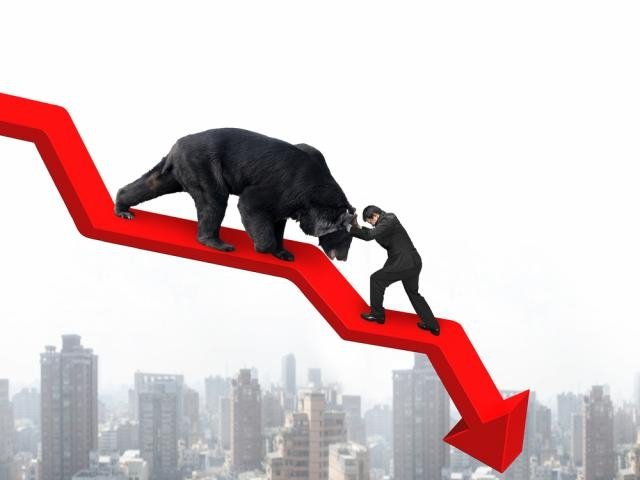 Markets are panicking, and investors are finding few places to hide after the Dow Jones Industrial Average plunged more than 1,500 intraday before closing 1,175 points lower at 4.6% on Monday. The hysterical sell-off showed no signs of letting up in Asia with the Nikkei and Topix indices falling more than 6% with the Nifty, ASX and STI straights all declining more than 3%.

With U.S. equities wiping out all gains for January and turning lower for the year, new Fed Chief, Jay Powell will be under a leadership test. The key trigger for the sell-off was the fear of rising inflation, and thus the Fed will need to tighten monetary policy at a faster pace.

Although economic data releases from the U.S. are continuing to impress following last week’s jobs report, with the U.S. ISM non-manufacturing index hitting 59.9 in January, this didn’t help to calm the markets. In fact, it had an opposite impact, suggesting that monetary policy needs to tighten faster to avoid the economy from overheating.

Bond yields, which have been a key source of pressure on stocks over the week declined significantly as investors found few places to go for. U.S. 10-year yields declined more than 20 basis points from yesterday’s highs, and if more outflows occur from stocks, I expect to see yields declining further.

We have been anticipating a correction for a long time now, but when markets become over-confident, corrections also become steeper. It’s hard to tell how far markets may decline, but given that economic fundamentals remain strong, I think investors will start buying the dips sooner than later.

Cryptocurrencies are also being dumped with Bitcoin falling towards $6,000 early Monday. The most famous digital currency has fallen 69% from December’s record high, and almost 56% from the start of the year. The slide comes after many banks in the U.S. and U.K. considered banning customers from buying cryptocurrencies using their credit cards. It seems the war against the crypto-world is far from over, and how the situation involves from here remains unknown, but risks are certainly high.

Currency markets have been relatively quiet when compared to the action in equities and bonds, but expect the Yen to strengthen further, if stocks continue to plunge throughout the U.S. trading session.