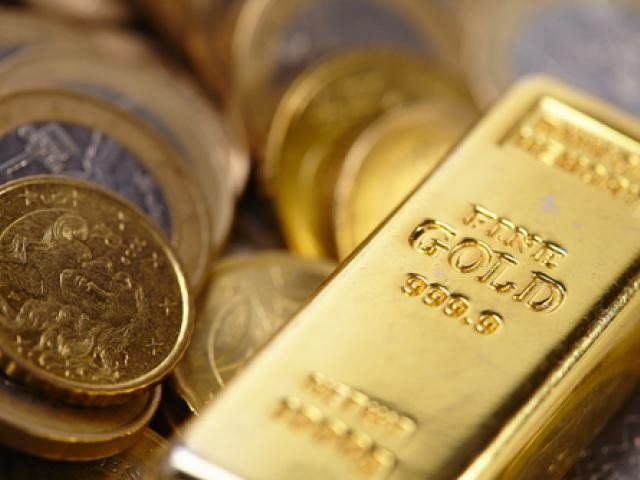 In a Sunday time’s article over the weekend Ramsden said “Relative to where I was, I see the case for rates rising somewhat sooner rather than somewhat later”. The firmly hawkish comments swiftly reinforced market expectations of an interest rate hike in May. With the Pound sensitive to monetary policy speculation, the prospects of higher UK interest rates in 2018 simply injected bulls with a renewed sense of confidence to attack on Monday morning.  Interestingly, the British Pound eventually found itself under fresh selling pressure in the afternoon as bears re-entered the scene.

From a technical standpoint, the GBPUSD punched above the 1.4050 level during early trading on Monday. A touch of Dollar weakness fueled the upside with prices eventually peaking around 1.4069 before sinking back below 1.4000 as of writing. Daily bulls need to maintain control above the 1.4000 level for the GBPUSD to challenge 1.4100 and 1.4230, respectively. A failure for prices to keep above 1.4000 could result in a decline back towards 1.3900 and 1.3850. 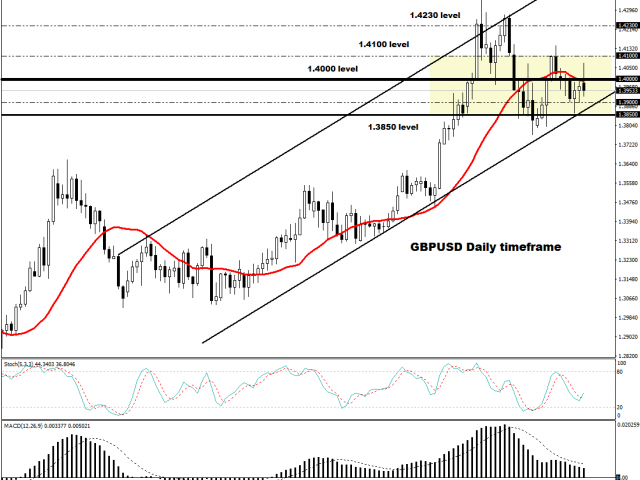 Euro bulls have been halted on repeated occasions by the stubborn gatekeeper known as 1.2350.

Although the EURUSD remains fundamentally bullish, the currency pair is at risk of sinking lower if bulls fail to conquer and break above the 1.2350 level. Taking a look at the technical picture, there have been consistently higher highs and higher lows while the MACD trades to the upside. With the daily candlesticks trading comfortably above the 50 Simple Moving Average, a breakout seems imminent. If bulls are able to break above 1.2350, then the next key levels of interest will be at 1.2400, 1.2430 and 1.2520, respectively. Alternatively, sustained weakness below 1.2350 could encourage a decline back towards 1.2260 and 1.2200. 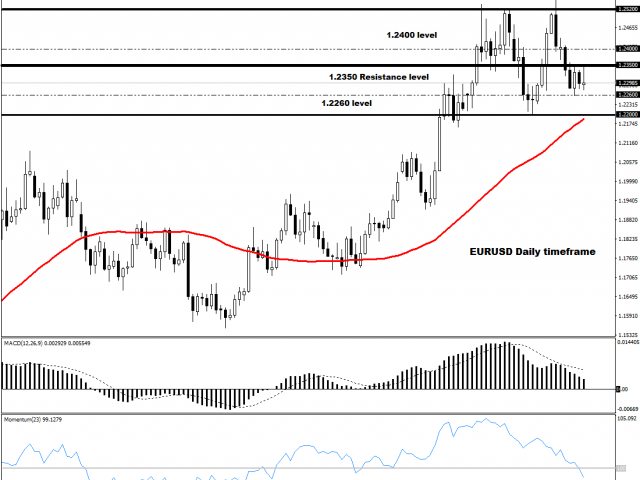 Gold struggled to maintain gains during Monday’s trading session thanks to a stabilizing Dollar.

It is becoming clear that market expectations of higher US interest rates have exposed the yellow metal to downside risks. It must be kept in mind that Gold is zero-yielding, and is likely to remain pressured in a high interest rate environment. Technical traders will continue to observe how the yellow metal behaves around the $1340 region. Sustained weakness below $1340 could encourage a decline back towards the $1324.15 level. Alternatively a decisive breakout and daily close above $1340 may open a path higher towards $1360. 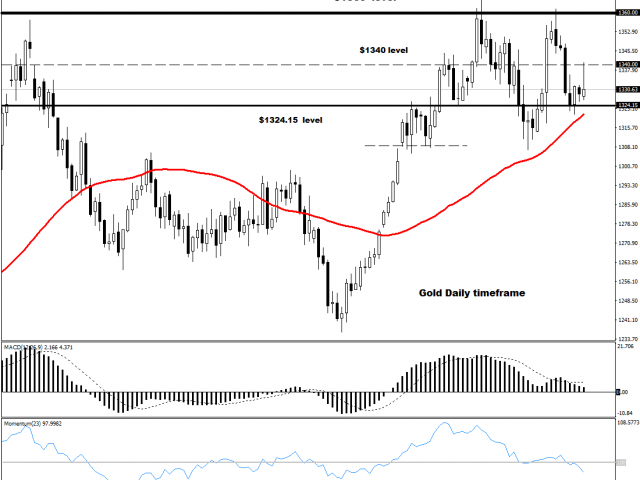 The notoriously volatile GBPJPY ventured towards the 150.00 level during early trading on Monday.

Price action suggests that the currency pair is under pressure on the daily charts with 150.50 acting as the first level of interest. If prices are unable to break above the 150.50 level, then bears could be inspired to drag the GBPJPY lower towards the 148.50 support regions. A breakout above 150.50 simply invalidates the current downtrend and suggests that prices could test 151.60. 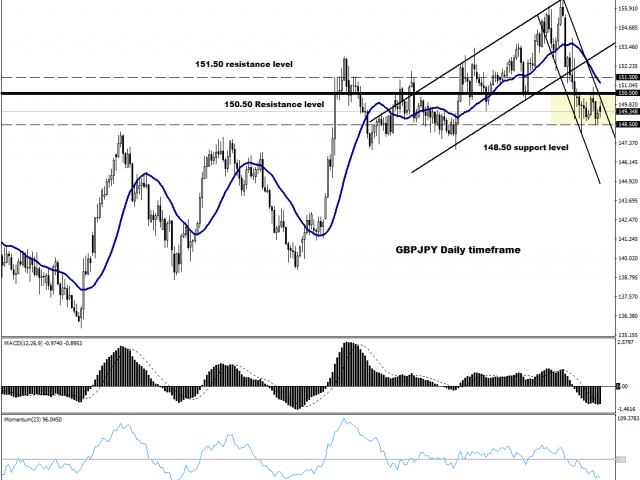