Dollar finds a friend in Powell as Global stocks slip 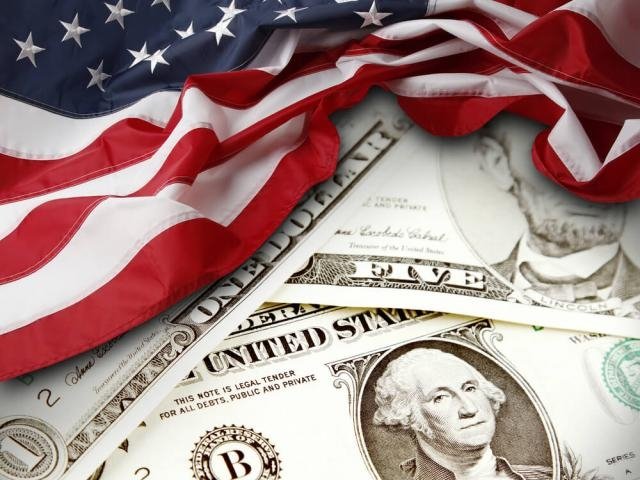 Dollar bulls were injected with a renewed sense of confidence on Tuesday after Federal Reserve Chairman Jerome Powell struck a careful but fairly upbeat tone during his congressional testimony.

Powell expressed optimism over the health of the US economy with inflation pushing towards the 2% target, while downplaying concerns of market volatility. He deftly maintained a safe distance when quizzed on whether the central bank would raise rates more than three times this year – ultimately preventing market fireworks. A key takeaway from the testimony was Powell’s statement that the US economic outlook “remains strong despite the recent stock market turbulence”. These hawkish remarks have not only reinforced market expectations over a rate hike in March, but stimulated speculation that the Fed may raise interest rates four times this year.

Today’s main risk event for the Dollar will be the second estimate of the fourth quarter US GDP, which is expected to show that the US economy expanded 2.5%. A growth figure matching or exceeding market expectations could support the prospects of higher rates, consequently boosting the Dollar further.

Focusing on the technical picture, the Dollar bounced back to life against a basket of major currencies on Tuesday, with prices venturing towards the 90.40 region. A decisive breakout and daily close above the 90.55 lower high could signal the end of the downtrend on the daily charts, ultimately bringing bulls back into the game. The level of interest above 90.55 will be the 91.00 resistance level.

Hawkish comments from Jerome Powell have rekindled interest rate hike fears and as such continues to pressure stock markets. European shares could edge lower as investors adopt a guarded approach with the caution potentially trickling back down into Wall Street later in the day. It is becoming increasingly clear that global stocks still remain highly sensitive to the prospects of rising inflation and interest rate fears. With Powell’s testimony fuelling market speculation of higher US interest rates this year, stock markets remain exposed to downside risks as equity bears lurk in the background.

Gold found itself under severe selling pressure thanks to an aggressively appreciating US Dollar.

The yellow metal’s downside was fuelled by hawkish remarks from Federal Reserve Chairman Jerome Powell, which heightened speculations of higher US interest rates this year. Gold, which is zero-yielding, is likely to receive further punishment in a high interest rate environment. From a technical standpoint, Gold is bearish on the daily charts. Prices are trading below the 50 Simple Moving Average while the MACD has crossed to the downside. Previous support at $1324.15 could transform into a dynamic resistance that encourages a decline to $1310 and $1300, respectively. For bulls to jump back into the game, Gold prices need to break back above $1324.15. 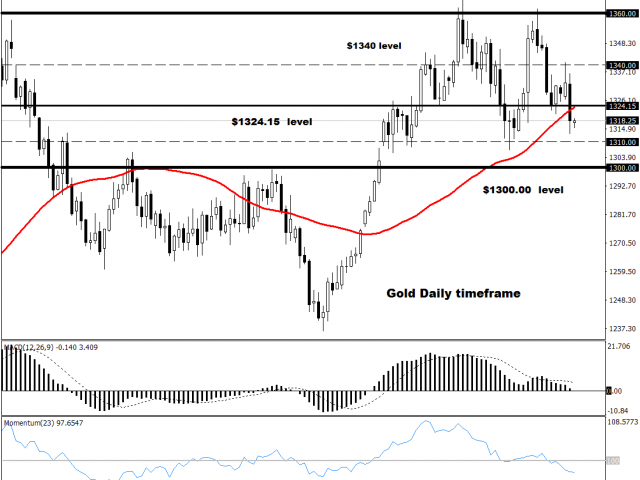