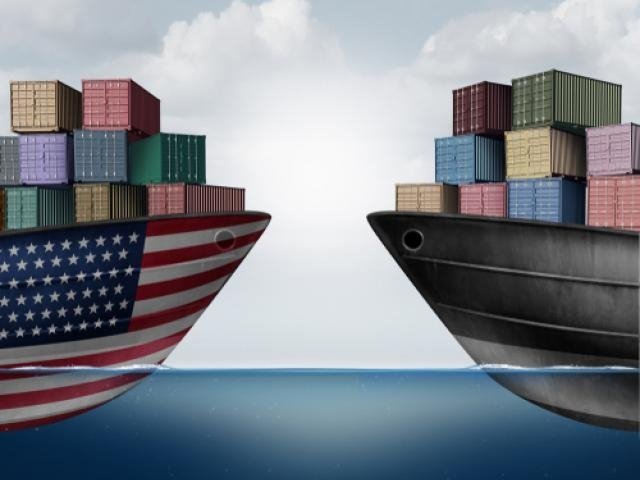 Global equities are likely to slide on Monday as concerns about a global trade war continue to weigh on investor sentiment. The E.U. was fast to respond to Donald Trump’s threatening tariff talk by calling a meeting this week to discuss protective measures, in case the U.S. proceeds with imposing tariffs on steel and aluminum. European Commission President Jean-Claude Juncker is expected to hit back by proposing countermeasures against the U.S. and similarly, Canada and China are wowing to retaliate.

I expect that this trade fight on will be messy and cause more volatility in equities, fixed income, and currency markets in the short run.  However, I believe this may end up with the E.U. and China being less protectionist than the U.S. being more protectionist. After all, there is no winner from a trade war in the long term, and policymakers know that very well. Until this scenarios fully plays out, I expect to see a further selloff in equities and even fixed income markets, with the primary beneficiaries being the Japanese Yen and gold.

The Euro found no support after Germany’s Social Democrat party voted for a coalition deal with Angela Merkel’s CDU party. The muted Euro reaction is mainly due to worries that the Italian elections delivered a hung parliament. The European Union would have a new headache to deal with if Italy formed a euro-skeptic coalition which would undoubtedly challenge E.U. budget rules. Expect to see a sharp fall in Italian equities today.

On the data front, eurozone services PMI’s are likely to show a little bit of slowdown later today, similar to what we saw in the manufacturing sector last week, but the figures are unlikely to have a significant impact on the Euro.

Investors have lot of news to digest this week.

The European Central Bank meeting on Wednesday is not expected to result in any change to the asset purchase program or interest rates. Traders will be focusing mainly on the language of the statement, particularly any changes in the forward guidance. Given the strong performance in the Eurozone’s economic recovery, many investors are waiting for signals for when the ECB will quit buying bonds. At this stage I think no clear signal will be given. However, the potential of upscaling of QE is likely to be removed from the statement. Thus, the meeting is likely to be slightly positive for the EUR.

Bank of Canada and Reserve Bank of Australia are also meeting this week. Given the slight slowdown in recent economic data, I expect both central banks to keep policy unchanged and the meetings are likely to be a non-event for currency traders.

Traders will closely watch the U.S. non-farm payrolls reports. Although hiring is expected to have picked up slightly in February and employment to remain at 4.1%, both these figures will be ignored. Investors are mainly concerned about the average hourly earnings figure. After increasing at the fastest pace in almost a decade, wage growth is expected to fall 0.4% YoY. If this materializes, then previous inflation fears which caused the steep drop in equities beginning of February, will likely ease.