Euro jittery ahead of ECB meeting 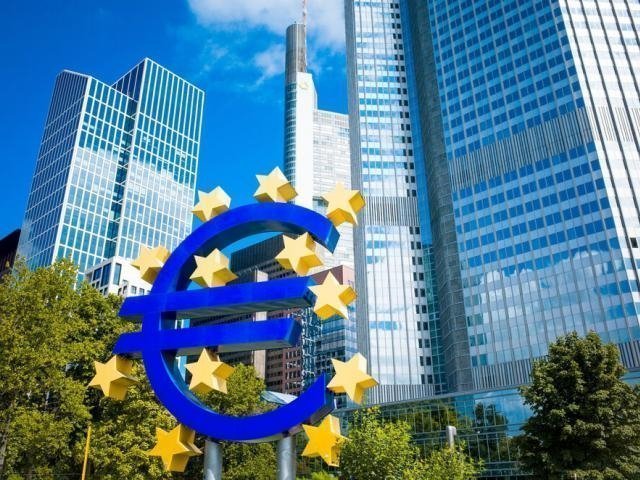 There was suspense in the air during Thursday’s trading session ahead of the European Central Bank policy meeting.

Although markets widely expect the ECB to leave monetary policy unchanged in March, speculation remains elevated over the central bank dropping its “easing bias”. This move is likely to be interpreted as an early step towards policy normalization – ultimately supporting the Euro. While the ECB could continue expressing optimism over the Eurozone economy, concerns over low inflation and an unwelcome return of political risk in Europe have the ability to keep the central bank on standby.

Investors will direct their attention towards Mario Draghi’s press conference later in the day for fresh insight on what could happen after September, when QE is expected to come to an end. With political risk in Europe weighing on sentiment and trade war fears lingering in the background, Draghi could end up disappointing markets today.

Focusing on the technical perspective, the EURUSD edged lower on Thursday, with prices trading around 1.2390 as of writing. Any signs of Draghi striking a cautious tone during his conference could weaken the Euro. A decisive breakout and daily close above the 1.2440 level could encourage an incline higher towards 1.2500. Alternatively, a failure for bulls to conquer 1.2440 could result in a decline lower towards 1.2300. 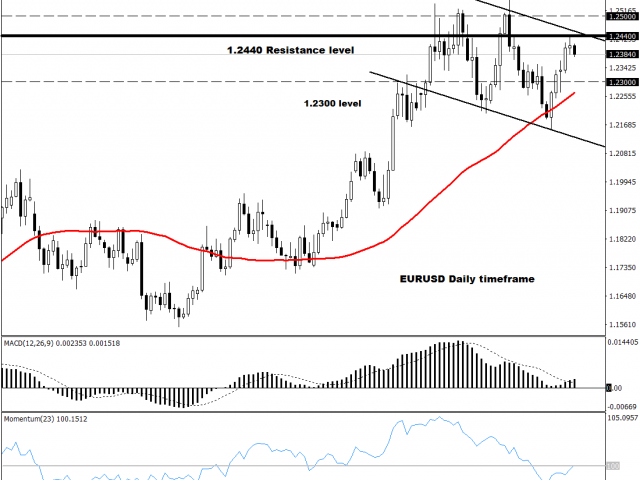 Dollar attempts to claw back losses

The Dollar edged higher against a basket of major currencies on Thursday, as investors attempted to look beyond the unexpected resignation of White House’s chief economic advisor Gary Cohn - focusing on Friday’s NFP instead.  Bulls could be instilled with fresh inspiration to elevate the Greenback, if NFP and wage growth figures exceed market expectations.  While speculation of higher US interest rates may push prices higher, anxiety over a potential trade war has the ability to limit upside gains. Dollar volatility is likely to become a dominant market theme, as investors continue to tussle with the conflicting fundamental themes driving the currency.

From a technical standpoint, the Dollar Index remains at threat of extending losses if bulls are unable to push prices back above 90.00.

Gold edged slightly lower on Thursday, with prices trading towards $1324.50 as of writing.

It has certainly been a rollercoaster week for the yellow metal, as the combination of political uncertainty and US rate hike expectations attracted both buyers and sellers. Much attention will be directed towards Friday’s NFP report, which could play a role in how Gold concludes this week. A strong US jobs report may encourage bears to drag prices below $1324. From a technical standpoint, sustained weakness below $1324 could invite a decline towards $1310 and $1300, respectively. Alternatively, if bulls can defend $1324 then $1340 is on the cards. 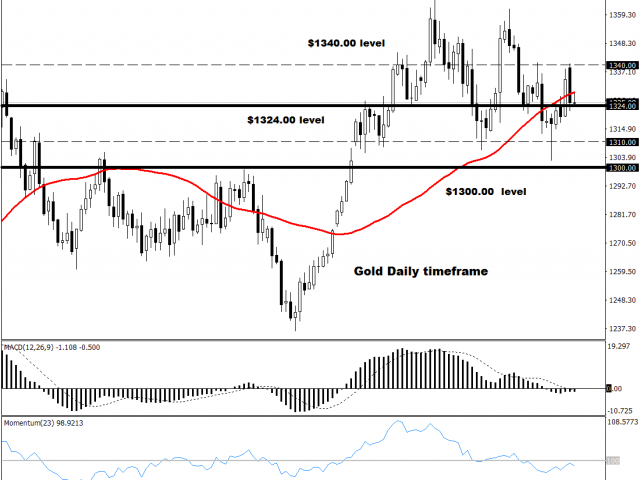