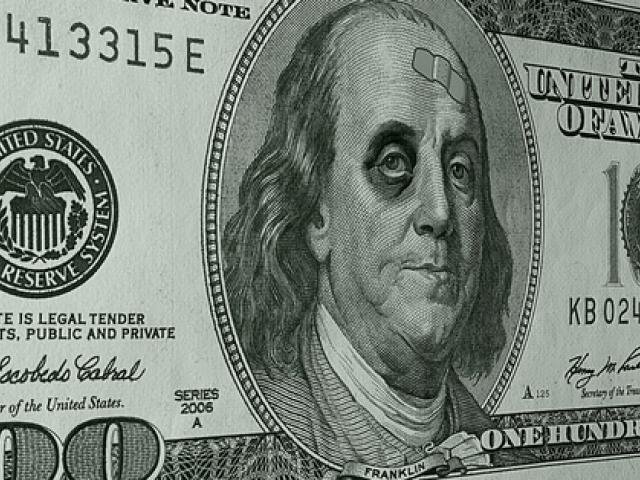 Governor Powell did his first FOMC today and to nobody's surprise rates were lifted to 1.75% (1.50% prev), this lift of 25 basis points was in line with expectations, but the real show was on the question time and statement shortly after it all.  Many in the market had been expecting Powell to be hawkish about the economy, thus boosting the USD. Instead he was neither dovish nor hawkish, but came across as balanced. As a result the USD has been sold off heavily across the board, and is looking all the more weaker. Despite the USD sell off, Powell stressed that the economy continued to look like it was improving and that he expected wage growth to increase in the future, despite the fact it has been sluggish as of late. All in all this was a good first showing, and not the hawk that many were expecting from a Trump administration.

For the markets though they were moving fast as a result of today's announcement we saw some sharp moves against the USD. One that certainly caught the eye was of course the USDCAD which had been quite bullish over the past few weeks. This was of course on the back of many expecting Canada to have a tough time with the NAFTA negotiations, but also the threat of further tariffs impacting the economy. 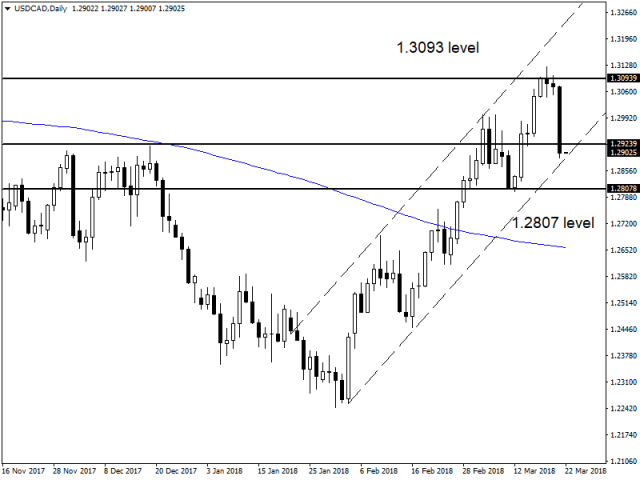 On the charts I am looking for a number of key things here. Firstly that the trend continues up the channel that is potentially forming at this stage, thus enabling the USDCAD to push through resistance at 1.2923 and extend higher to 1.3093. Which will most certainly be a key target for USDCAD traders looking to further play to the trend. In the event that we continue to see strong USD selling globally, then I would anticipate the USDCAD could fall as low as 1.2807 in that sort of climate. However, I would stress that this has been a key level and markets are likely to be quick to defend such a strong support level on the daily chart.

One of the other equity markets which has also been struggling as of late has been the FTSE100, also known as the UK 100. While global equity markets have been bearish as of late, one of the major problems for the UK market has been a slight slowdown in the consumer market, and Brexit troubles leading to itchy selling fingers in the market. However, a trend is your friend and the current bearish market presents ample opportunity. 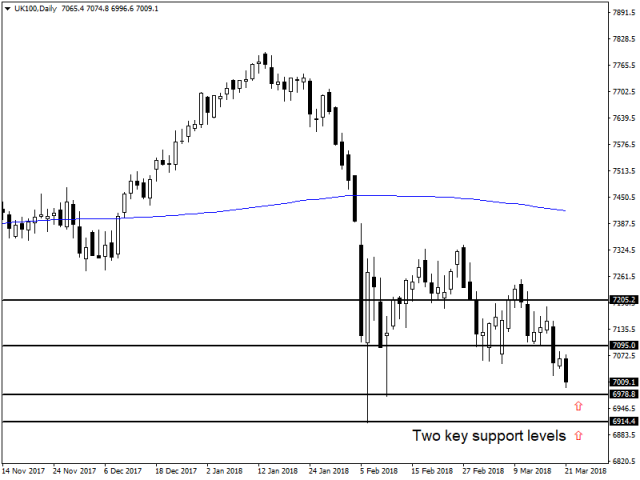 For the trend followers the UK100 can be categorised by bullish and bearish candles playing of hard levels with little room for error. And the market is just short of falling back into the 6000 range at this rate. Currently bearish traders are likely to target two key levels, that of 6978 and 6914, which will be the line in the sand moment below 6914. If we do see some bullish pressure then a swing upwards to 7095 is likely to find some aggressive bears hiding amongst the woodwork.