US tariffs send equity markets into a spin 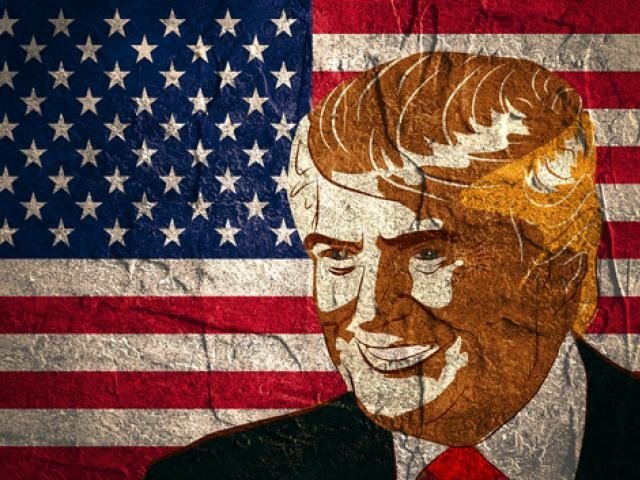 Equity markets were hammered today as Trump signed into effect the first tariffs the US has imposed for some time, and talked up the possibility of further tariffs against major economies - particularly China. China as a result has said that it is prepared for a trade war and won't shy away from its own tariffs accordingly. As a result global equity markets have been in sell-off mode, and could continue to be very bearish if China and the US enter into a trade war. It has not been further helped by Trump arguing that the US should pull out of the World Trade Organisation, which attempts to balance trade between states. Large blue chip companies are likely to be the worst affected in such scenarios in the US equity and European equity markets. 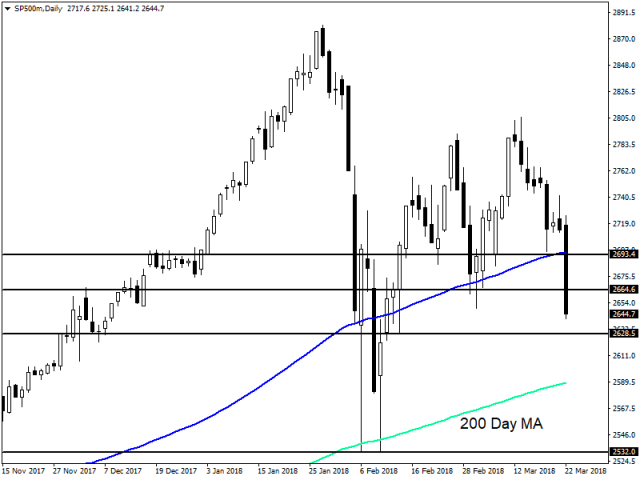 The S&P 500 has been a favourite of mine for some time, and it looks all the more likely that we are going to see a genuine test of the levels in the market at present. Today's market moves smashed through support at 2693 and 2666, but most importantly they crushed the 100 day moving average, which signalled a strong bearish run. The market has so far come up just short of 2628, but at the same time if China does fire back at Trump, then it's likely to end with further bearish movements lower. The next major level below this is likely to be the 200 day moving average (light green), which has so far been a key area of defence and we can expect the bulls to try and hold this level if possible. Beyond that and we end up around the line in the sand which is 2532 and beyond this would be a very bearish signal to say the least.

Potentially though, the market may bounce back up higher. In reality, I don't expect it to bounce much higher than resistance at 2664 unless we suddenly see some positive news. As further rate rises are forecast coupled with an impending trade-war are likely to put too much pressure on US equity markets which for some time have felt overpriced. 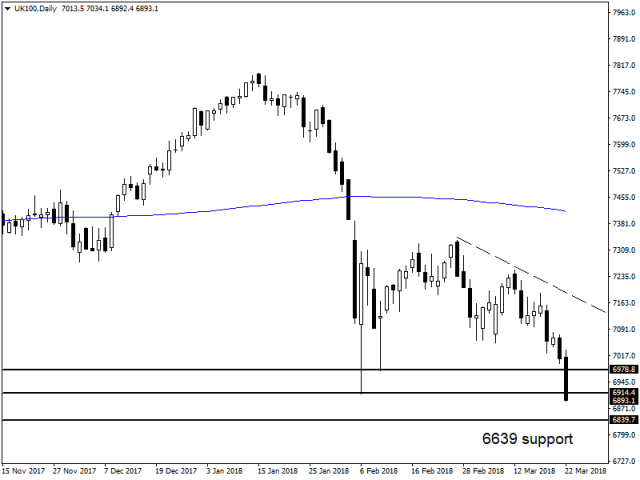 Across the Atlantic and the UK100 as mentioned yesterday has continued its slide lower. This should come as no shock as it has been closely following the global equity trend which has been very bearish. So far the slip lower has cracked through all the support levels I mentioned yesterday at 6978 and 6914 on the chart, with both levels now acting as resistance in the current market. The reality is that further falls are likely to hit key support at 6839 which will be further record lows not seen in over a year. However, with the state of play I would expect to see UK markets continue to struggle to make any bullish movements, especially with the state of play around Brexit at present.