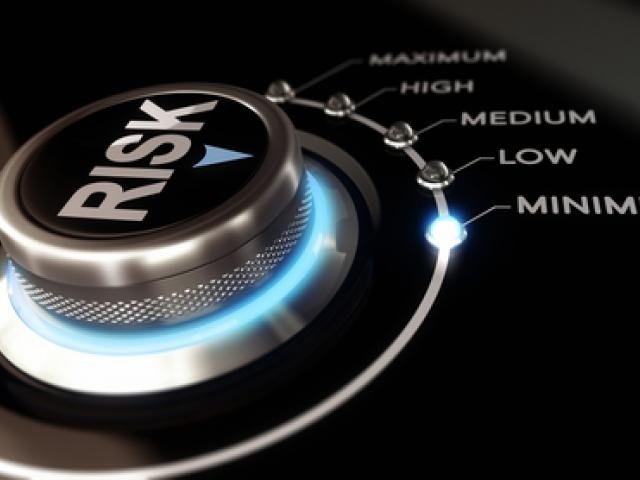 Investors have entered the second trading quarter of 2018 on a mission to avoid riskier assets amid the escalating trade tensions between the U.S and China.

After global equities experienced their worst three months in more than two years, retaliatory tariffs announced by China resulted in stocks suffering their worst start to April since the great depression. Asian shares were depressed during early trade, as jitters about a U.S-China trade war weighed heavily on sentiment. In Europe, stocks moved lower thanks to the market caution and ongoing concerns about technology firms. With Wall Street experiencing losses so severe on Monday, that the S&P 500 closed below the 200-Day Moving Average, further losses could be on the cards this afternoon.

Now that China has fought back by imposing tariffs on 128 U.S imports worth $3 billion, investors are clearly on edge with markets questioning “what next”? The mounting sense of unease over the ongoing trade drama between the U.S and China is likely to promote risk aversion consequently punishing global stocks.

The UK’s manufacturing sector activity reading rose to 55.1 in March, beating expectations of 54.7 and slightly higher than the 55.0 in February. Sterling is likely to remain somewhat supported by market expectations of the Bank of England, raising UK interest rates in May and potential Dollar weakness.

Taking a look at the technical picture, the GBPUSD has scope to venture higher, as long as bulls can defend the 1.4000 level. Prices are trading above the daily 20 SMA, while the MACD has crossed to the upside. A technical breakout above 1.4100 could encourage an inline higher towards 1.4140 and 1.4230, respectively. If bulls are unable to defend 1.4100, the GBPUSD is at risk of sinking back towards 1.3920. 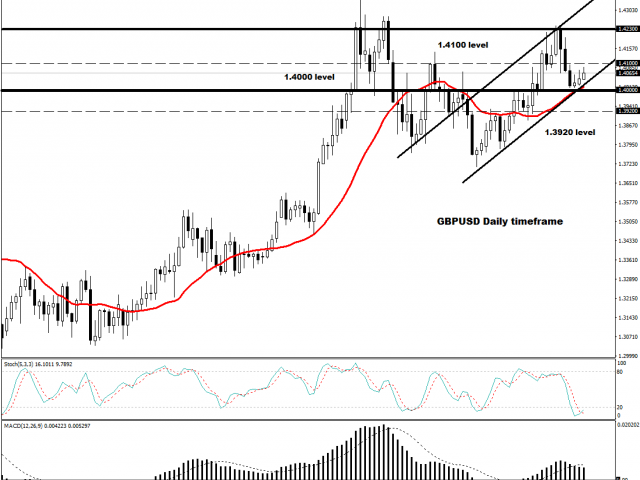 Gold inched lower on Tuesday, as some investors locked in profits after the metal punched above the $1340 resistance level.

With escalating trade tensions between the U.S and China sparking risk aversion, punishing global equity markets and weakening the Dollar, Gold could remain heavily supported moving forward. Investors will be paying very close attention to the NFP report on Friday, which will play a leading role in where the yellow metal concludes this week. Prior to the NFP report, market uncertainty and overall caution is likely to inspire bulls to push the yellow metal higher. Taking a look at the technical picture, Gold has scope to venture higher towards $1360 if bulls are able to secure control above $1340. Alternatively, sustained weakness below $1340 could result in a decline back to $1324. 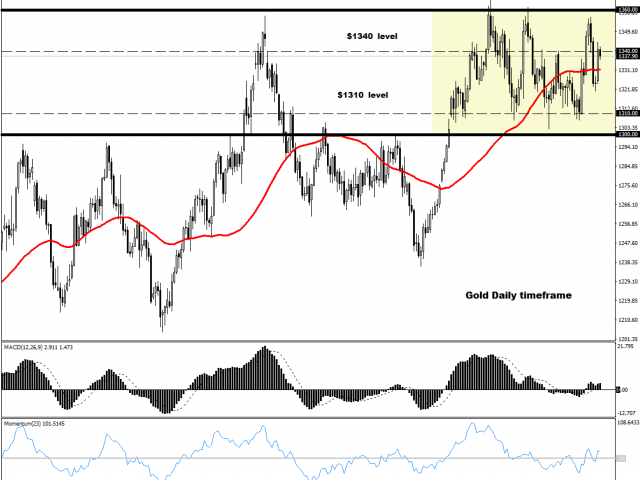