GBP and AUD continue to struggle 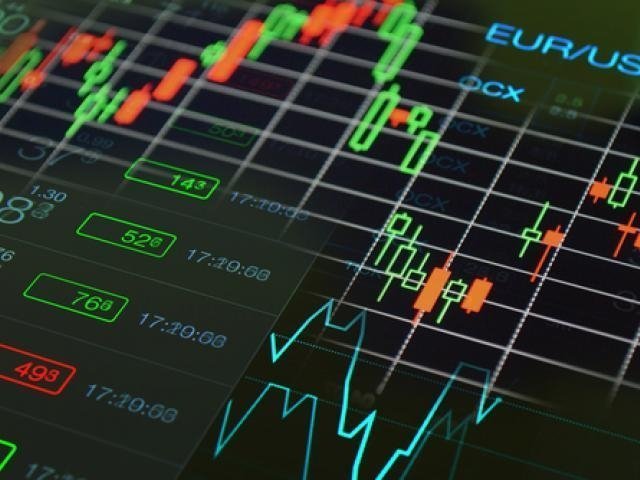 The pound has come under increased pressure over the last few weeks, as the so called Brexit continue to fail to come to any sort of conclusions at all for markets. Certainly there is a case for leaving the EU, however no politicians can come to any sort of agreement on it. Further to the downside has been UK retail sales m/m coming in at -4.2% (-0.75% exp), which is much worse than anyone expected, and a figure not seen since 1995 when records began. It's clear that off the back of this traders will be looking to offset losses and clear balance sheets. 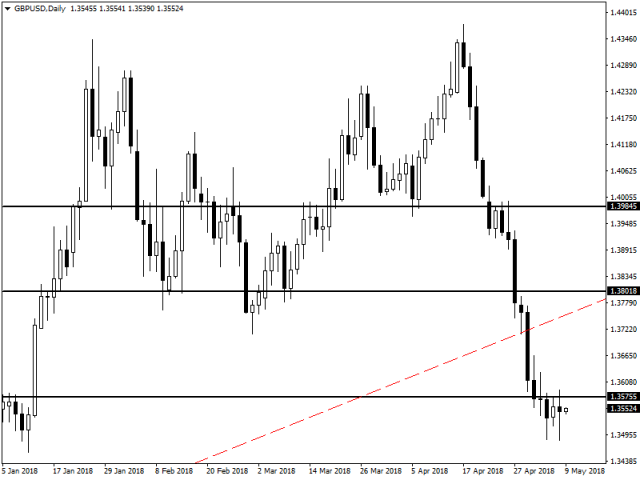 Looking at the GBPUSD it's clear to see that that the daily char reflects a number of key points, the first being that Brexit continues to be a major topic and that the initial positivity of a quick solution has quickly failed. Further to this economic data continues to be a mixed bag as can be seen from the retail sales figures above, which will put further pressures on UK businesses. For me the defining technical movement is of course resistance at 1.3575 holding up very strongly to any pressure at present and preventing anything but bearish movements from happening. The market as a result is looking increasingly like it may look to move lower to support at 1.3314 if the bearish pressure continues in the short term. However, a push down here may provoke a very strong bearish pressure.

The Australian dollar can get no breaks as of late, as it continued its bearish run against the USD even further today. This comes as no surprise as the trend has been quite bearish, but also retail sales m/m came in at 0% (0.2% exp), showing that the consumer sector is weaker than expected. While not largely off the market it continue to show that the Reserve Bank of Australia will struggle to lift rates in the near future if the status quo continues. 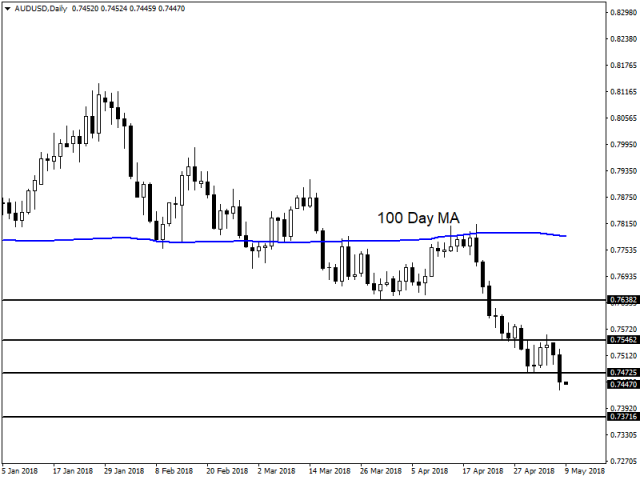 Looking at the AUDUSD on the charts it's clear to see the bearish trend that has been in effect for the last month and looks set to continue in these circumstances. The AUDUSD has cracked through support at 0.7472 and is now looking lower on the charts in the face of bearish pressure, to the potential support level at 0.7371 as the bears look to target lower lows. In the event we do see any bullish pressure in the market expect 0.7472 to be the key area that will either allow the bulls to take control or reaffirm the bearish trend in this market, as the AUDUSD continues to be a bearish story in the interim.