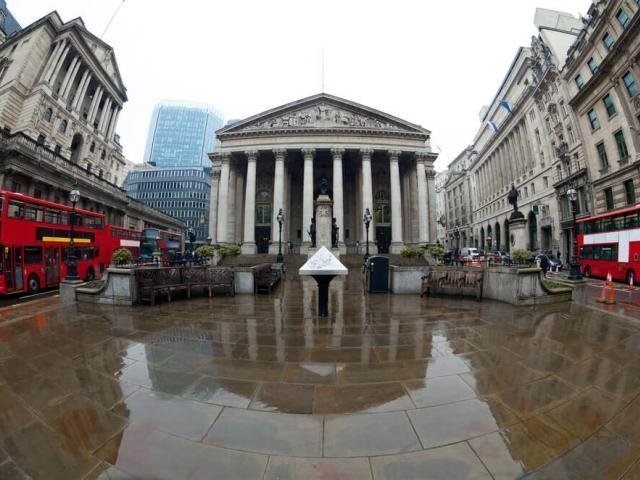 The story defining the painful depreciation of the British Sterling in recent weeks has been rapidly fading expectations over the Bank of England raising UK interest rates today.

Only one month ago, the markets were predicting a more than 90% probability of a UK interest rate increase this month. Today, this probability has evaporated to less than 15%. A crippling combination of negative economic data, disappointing growth figures and another reversal in tone from BoE Governor Mark Carney has been the driver behind these minimal expectations of a UK interest rate rise today.

With it already being a foregone conclusion that UK interest rates will probably be left unchanged, attention will be directed towards the language of the policy statement and whether there was a split in the MPC vote.

The Sterling still appears oversold and could be thrown a lifeline, if the BoE delivers a “hawkish hold” that leaves the door open for future rate hikes. Expectations over the central bank possibly taking action in August are likely to heighten, if more than two MPC members vote, or at least signal a desire for higher UK interest rates.

What would be seen as a major threat to the Sterling resuming its horrific downward spiral is if the BoE issues a downbeat policy statement, suggesting a downgrade in UK economic growth, and a potential change in inflation forecasts limits the need to raise UK interest rates. This would likely to spell more pain for the Pound.

Taking a look at the technical picture, the GPUSD is firmly bearish on the daily charts. Previous support around 1.3750 could transform into a dynamic resistance that encourages a decline towards 1.3500 and 1.3440, respectively. 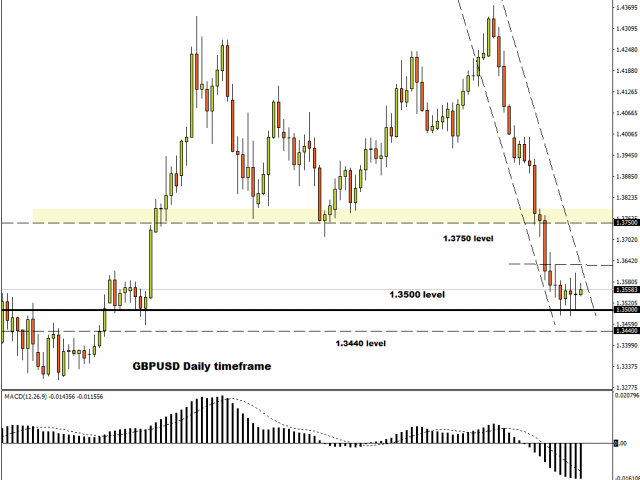 International investors are certainly going to be surprised at the election outcome, especially considering that it was not priced in that Najib’s ruling coalition would be delivered with such a stunning defeat.

There is likely to be a period of heightened uncertainty in Malaysia following the surprising election results. The Ringgit is going to be at threat to domestic political uncertainty, and the onshore market could find itself vulnerable to downside losses when the market reopens as expected at the beginning of next week.

It will also be interesting to monitor how both international investors and ratings agencies react to the developments in Malaysia. The new leader has promised to abolish a controversial GST tax in Malaysia, and although this would improve sentiment domestically as a result of no more GST being added to items, it does present a risk to reduced government revenues.

Dollar softens ahead of US CPI

The Dollar retreated from 2018 highs on Thursday as investors engaged in a bout of profit-taking ahead of the US inflation report scheduled for release this afternoon.

US Consumer prices are expected to rise 2.5% in April, while core inflation is forecasted to remain unchanged at 2.1%. The argument in favour of higher US interest rates is likely to strengthen if inflation figures exceed market expectations.

Taking a look at the technical picture, the Dollar Index is firmly bullish on the daily charts. Prices are trading above the daily 200 SMA while the MACD has crossed to the upside. With the widening interest rate differential in favour of the Dollar, prices have scope to venture higher and even challenge fresh 2018 highs. A breakout and daily close above 93.20 could encourage an incline higher towards 93.50 and 94.00, respectively.

It is shaping up to be a miserable trading week for emerging market currencies, which have fallen victim to an appreciating Dollar and heightened geopolitical risk. With the Dollar poised to appreciate further amid US rate hike expectations and uncertainty denting appetite for risk, most EM currencies could be exposed to further downside risks.

The EURUSD tumbled to a fresh 2018 low at 1.1823 on Wednesday, thanks to a strengthening Dollar.

Although the currency pair has recovered some its losses this morning, the outlook remains heavily bearish. Taking a look at the technical picture, there have been consistently lower lows and lower highs on the daily charts. Previous support around 1.1900 could transform into a dynamic resistance that encourages a decline towards 1.1810 and 1.1770, respectively. Alternatively, a breakout above 1.1900 could trigger a technical rebound which pushes prices back towards 1.1970. 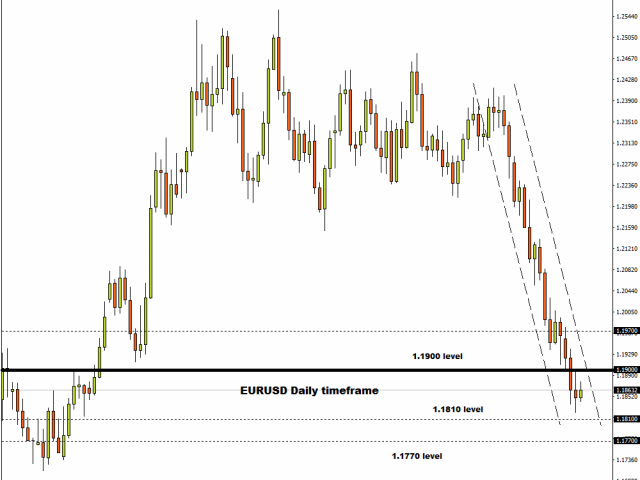