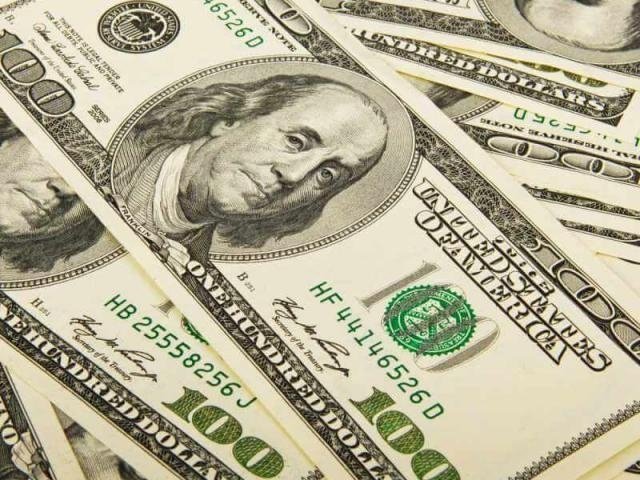 The Dollar has softened against most of its major partners despite the minutes from May’s Federal Reserve monetary policy meeting reinforcing expectations of a rate hike in June.

Most policy makers were optimistic over the economic outlook, and felt it would “soon be appropriate” to raise interest rates if the US outlook remains intact. However, the lack of clarity offered on rate hike timings beyond June simply left most investors empty-handed. Although inflation hit the Fed’s 2% target in March, officials remained skeptical and somewhat cautious on whether consumer prices could remain at such levels. With the central bank expressing tolerance over inflation possibly overshooting its target, expectations could ease over the Fed adopting a more aggressive approach towards monetary policy normalization. Investors seem to have scaled back on bets of four rate hikes this year to an upper limit of three and this can be reflected in the Dollar’s price action.

Taking a look at the technical picture, the Dollar Index has retreated from 2018 highs but still remains firmly bullish on the daily charts. There have been consistently higher highs and higher lows while the MACD has crossed to the upside. A decisive breakout above 94.00 could encourage an incline higher towards 94.20 and 94.50, respectively.

Buying sentiment towards the Pound received a slight boost after UK retail sales exceeded market expectations, by rising 1.6% in April.

Retail sales bounced back strongly in April after cold weather in the previous month kept shoppers indoors. While the encouraging sales numbers could create optimism over economic growth potentially bouncing back after a tepid first quarter, Sterling is unlikely to benefit from this. With the Pound more concerned with Brexit uncertainty and diminishing expectations of a BoE rate hike, further losses are on the cards. Taking a look at the technical picture, the GBPUSD remains under pressure on the daily charts as there have been consistently lower lows and lower highs. Sustained weakness below the 1.3400 level could encourage a decline towards 1.3320 and 1.3250, respectively. 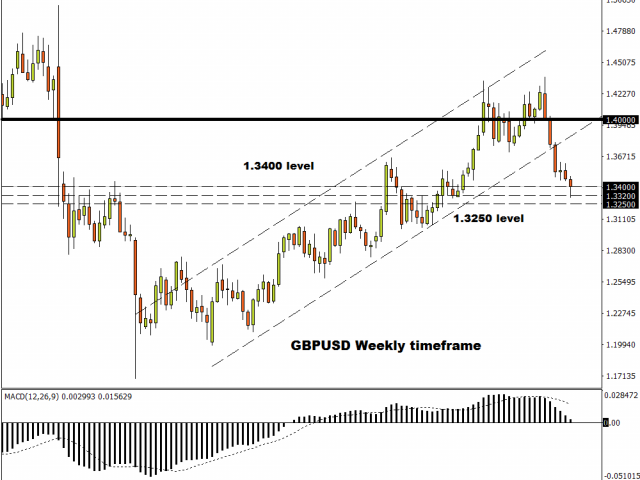 According to fresh media reports, North Korea has demolished its nuclear test site in the presence of foreign journalists. If these reports are accurate, global sentiment is likely to receive a boost from such a symbolic move by North Korea. This goodwill gesture ahead of the anticipated US - North Korean summit in Singapore could ease geopolitical tensions on the Korean Peninsula.

The Turkish Lira has resumed its steep descent, despite Turkey’s central bank raising benchmark interest rates to 16.5% from 13.5% in an effort to defend the local currency. With high inflation concerns and political & economic instability weighing heavily on the Lira, further losses may be witnessed. Although the Turkish central bank has already hiked key rates sharply, further hikes may be needed to limit the currency’s painful decline.

Gold ventured higher with prices punching above $1296 on the back of a softer US Dollar.

While the yellow metal has the potential to extend gains amid uncertainty over US - China trade talks, gains are likely to be capped by Fed rate hike expectations. With Dollar strength still a dominant market theme and expectations heightened over a Fed rate hike in June, the zero-yielding metal remains vulnerable to downside losses.

Taking a look at the technical picture, Gold remains under pressure on the daily and weekly charts.  Previous support around $1300 could transform into a dynamic resistance that encourages a decline towards $1280. 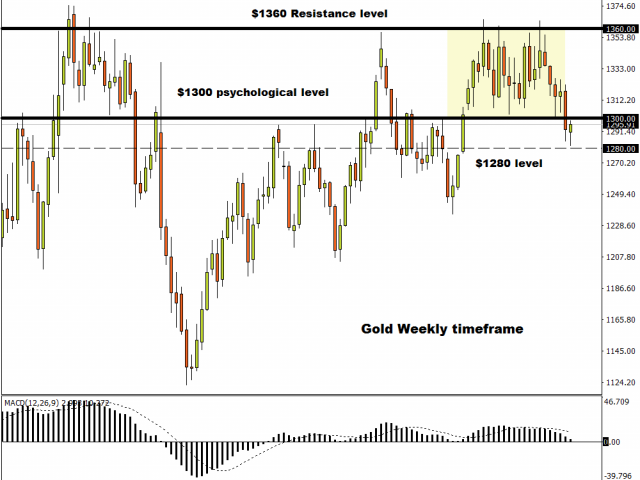