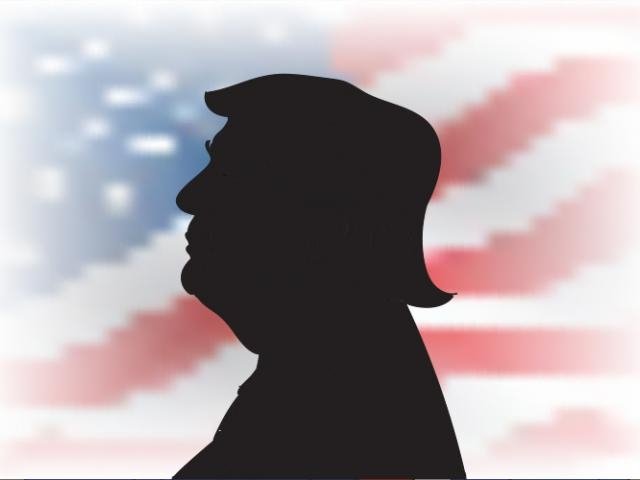 The USD took a dive today as geopolitical risks increased on the back of Trumps announcement that he would not attend the summit with North Korea in Singapore. There had been speculation of this for some time that Trump would pull out and the conformation that he has done so has caused markets to move out of riskier assets and back into safe havens. Some of the major benefactors of this so far has been the JPY, CHF and of course Gold, which has certainly capitalised on it. But potentially it was not all Trump, as existing home sales m/m slipped to 5.46M (5.55M exp) showing that not all might be well for the US economy, as housing is one of the foundations of the US economy. We will have to wait and see if this is a trend for the rest of the week with durable goods orders m/m due out tomorrow and expecting a lift to 0.5% compared to the previous months 0.1%, so clearly the markets are expecting good news rather than bad. 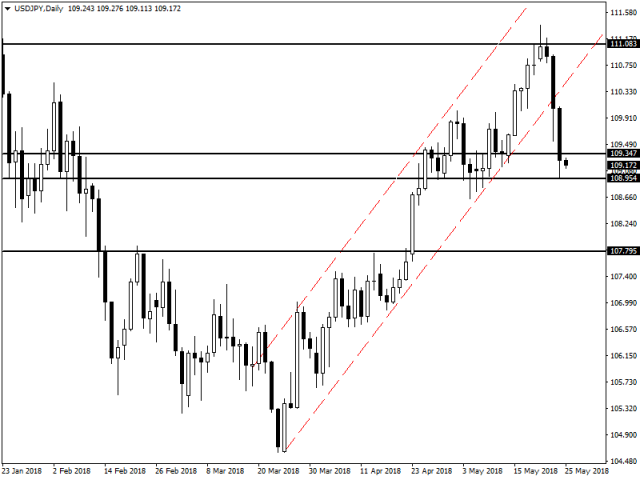 For the USDJPY as mentioned yesterday it was under pressure, the Trump effect today was like throwing fuel on a fire and it caused an immediate and progressive sell-off for the USDJPY. As a result of this trading the USDJPY is now sitting between 109.347 and 108.954, which is acting as a layer of support and resistance in this market. If we see a breakdown below this level, and close, then we could see the USDJPY run away to 107.795 in the long run - this is assuming that the USD continues to weaken and safe haven assets remain in favour in the face of so much uncertainty. On the flip side if we see a push above 109.347 and the market starts to turn bullish in the long run (something that many are expecting) then I would expect to see a push up to resistance at 111.083 in this market climate - with the potential to go higher if the USD resurgence can continue.

The other key mover has been of course oil markets, which should come as no surprise given the build-up in inventories we saw recently, but also the worries that any economic woes in Asia may have a flow on effect globally. Certainly the surplus of 5.78M (-2M exp) caught many analysts off guard and weighed on the market heavily that potentially consumption might not be what was expected. 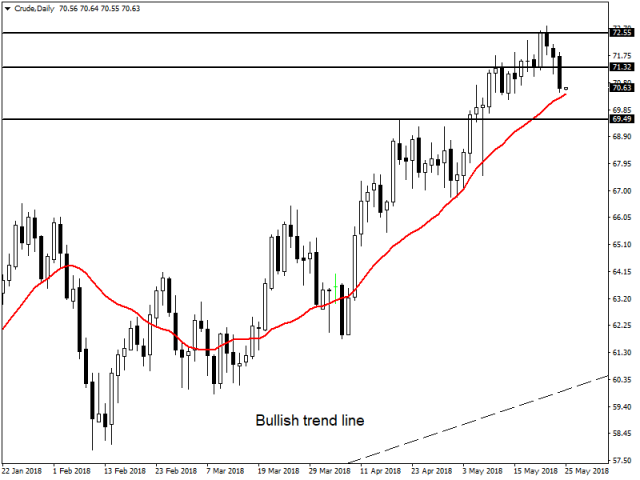